The Cauldron of Fear 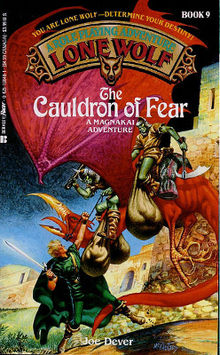 YOU become a general in the king’s army of Sommerlund.

It’s all-out war. The Darklords of Helgedad and the nation of Vassagonia (remember them from book 4 and 5?) have allied again, and their combined armies are invading the rest of Magnamund, leaving fiery wreckage in their wake. The king of Sommerlund has reached out for your help, granting you rank of Warmarshall and command of an airship with your old friend Banedon (remember him from books 1 and 2?). The king insists that you stay on your mission of finding the Lorestones and becoming a magical badass, so you can come save the day.

The next Lorestone is in the city of Tahou, which is coming under attack by the Darklords’ army. If you’re going to get the Lorestone, you need to do it before the city falls.

What a fun time.

First, my only complaint: After reading the intro a few times, I knew that the Lorestone is under Tahou, and the Cauldron is mentioned only once as being the entrance to the city (the city has a special door?). Turns out  that the Cauldron is the entrance to a ruined underground city. Later in the story is mention of Zaaryx but I saw the name some 3 times before anyone mentioned that it’s that underground city. It all worked out, but I found that kind of confusing and distracting that in the days of travel and prologue they didn’t even clarify this basic plot point.

Anyway, the city and the trip to the city, was a raucous time. I got arrested, had to slaughter guards and other criminals to regain my freedom, was betrayed by the local government and had to fall in with thieves. It was a hair-raising time in parts, especially when I lost the Sommerswerd! I was not looking forward to future generations telling that chapter of the Sommerswerd’s history. “And so the brave superhero ninja ranger, was arrested regarding a bar brawl, and the sword was in the police impound for a thoooouuusand years.”

The illustrations were great. The ones in the underground city felt to me like some parts of The Dream-Quest of Unknown Kadath, you know that part where Carter and the ghouls are climbing the giant steps back to the surface world? It was pretty dark and oppressive, and I loved it. Really good drawings in here.

The ending parts, too, I thought were very well done. There’s a big bad monster, but you may avoid it if you’re lucky in your choices and superpowers and/or if you collect the combination. The big boss fight with Zakhan Kimah can be won without the Sommerswerd and with some luck and the right items. It’s a really nice balance of ways to win here, and I appreciate that.

Then it ends on a very, very forbidding note.

Yeah, this was a good one.

In Tahou, if you are arrested they take all of your weapons and items, but not your gold. That doesn’t make sense, especially because the narrative describes the guards stealing the best stuff. 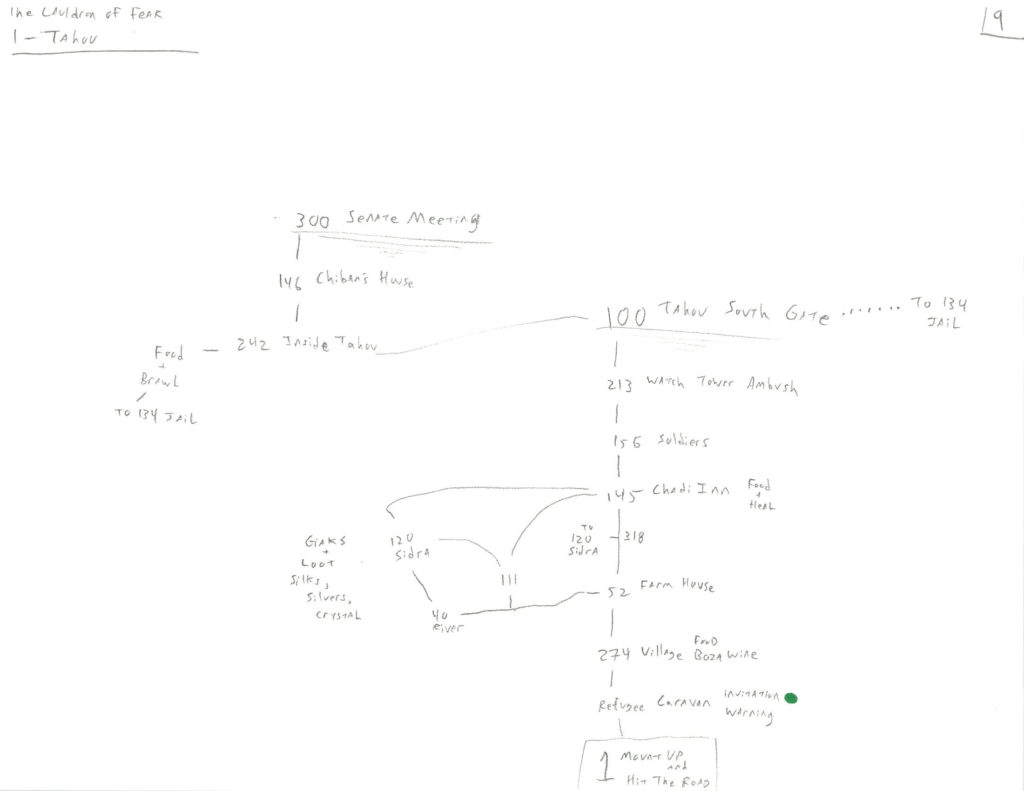 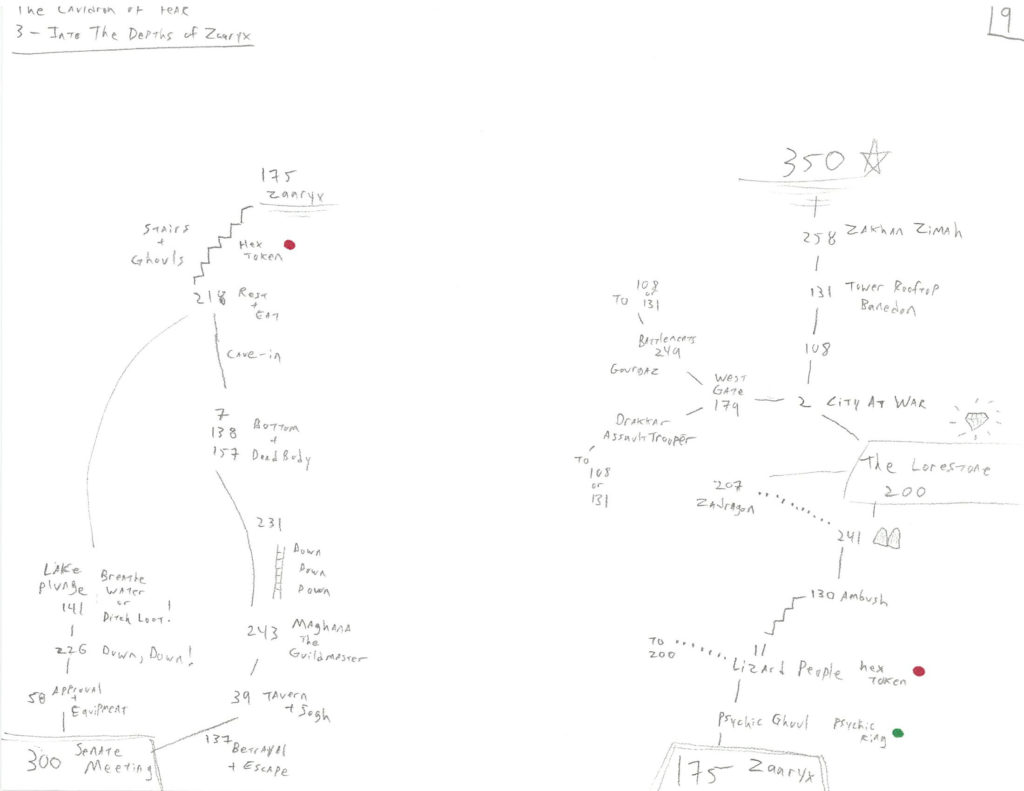