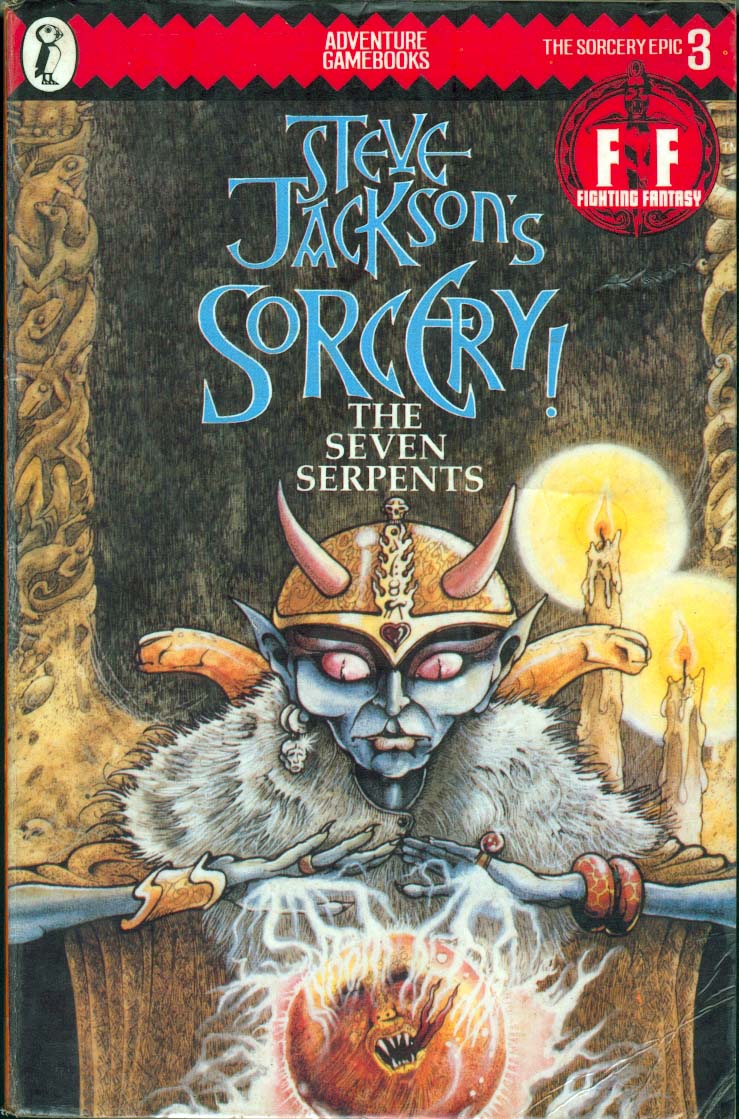 YOU continue becoming the hero as your trek across Kakhabad continues. Seven magical serpents have found out about your mission, and are on their way to Mampang to tell the Archmage that you’re coming. You should kill off as many of these serpents as you can on your way through the desert plains.

A large and engrossing adventure.

This one has an interesting twist in its core plot mechanic. When you get to the end, you won’t instantly lose if you didn’t kill all of the serpents. You’ll be asked how many serpents you defeated, and will have a permanent bonus or penalty depending on your success here. The results range from anything from a +1 skill and a full heal, to losing skill points because of shaken confidence and the Archmage’s increased preparedness.

The Seven Serpents are really brutal enemies if you fight them fairly, but you can get advice from people along the way which gives you one-hit kills on most of them. So that’s really nice, too.

The map is pretty large and interconnected, covering a large geographic area too: desert, lake, and forest.

On 155 if you do not have the means to make a fire to fight the Moon Serpent, you should back turn to 143. The book doesn’t mention that.

On 461 when you encounter the snake, the text offers to let you leave it alone. But there isn’t such a choice.

On page 84, against the death wraith there is an option to use a silver weapon. The only silver weapon in the series is your bow, and they don’t give rules for using it here. I went by the rules back in Khare: use your skill, you only have 10 arrows to win the fight, and you get your arrows back afterward.

On 211, in the pit while fighting the Earth Serpent, the text doesn’t say what to do if you roll greater than your skill. 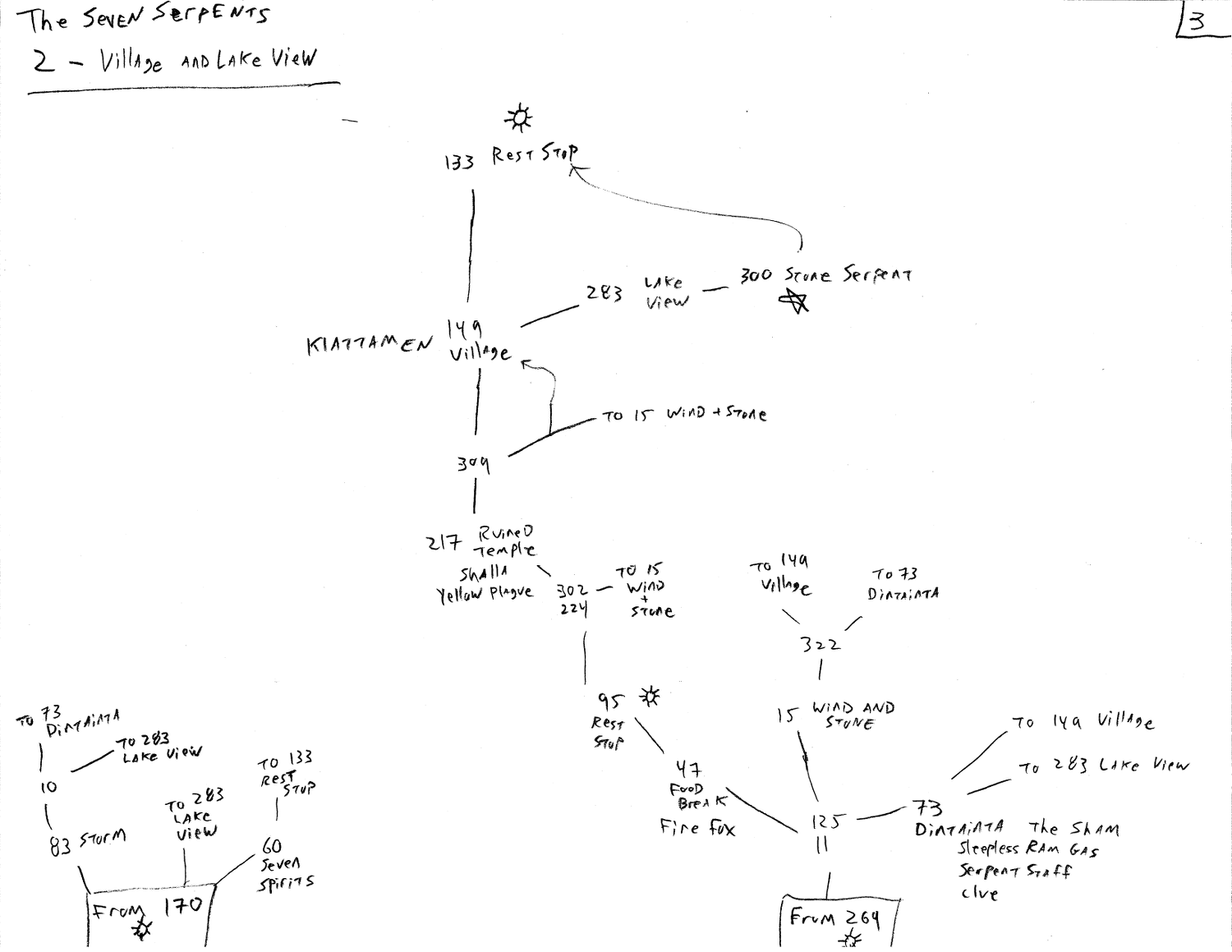 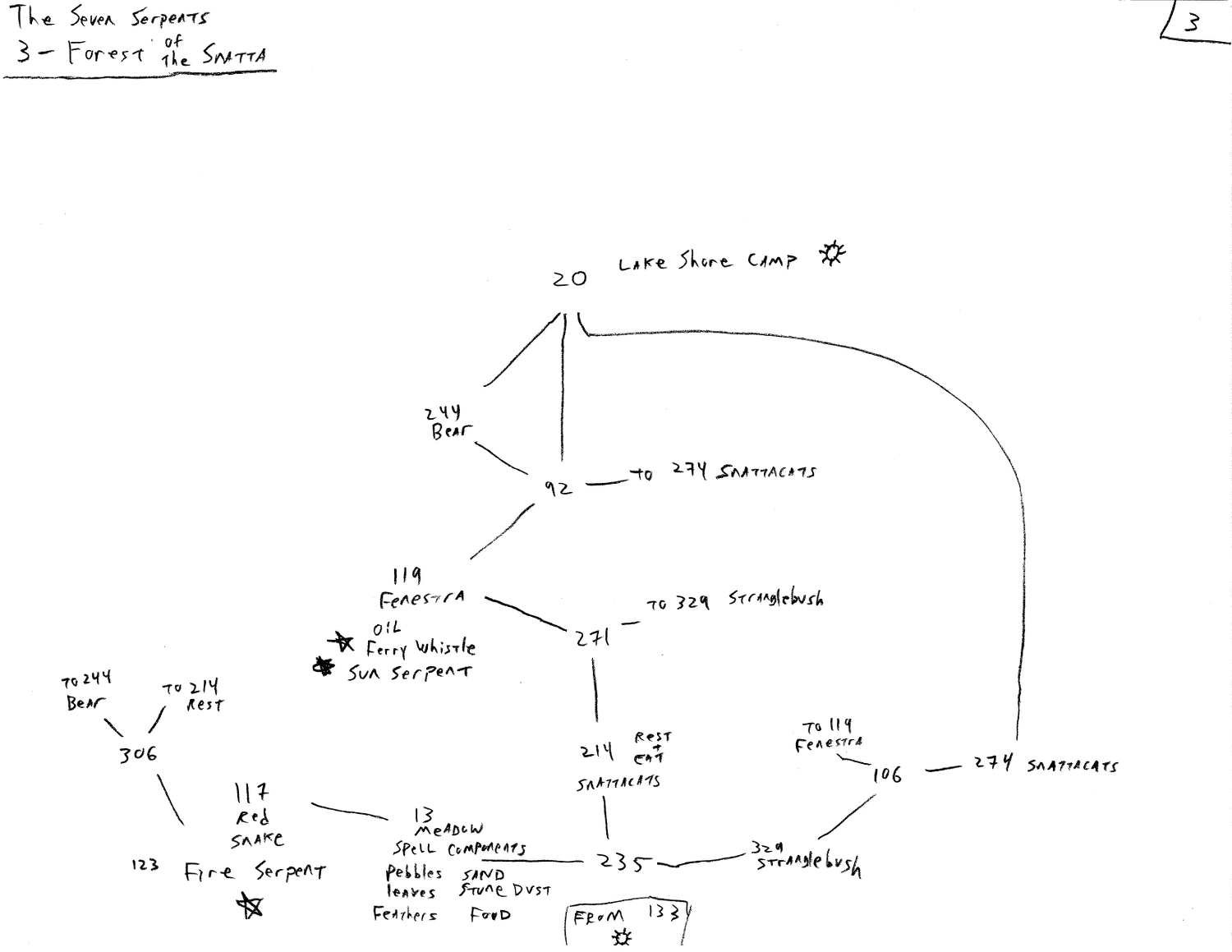 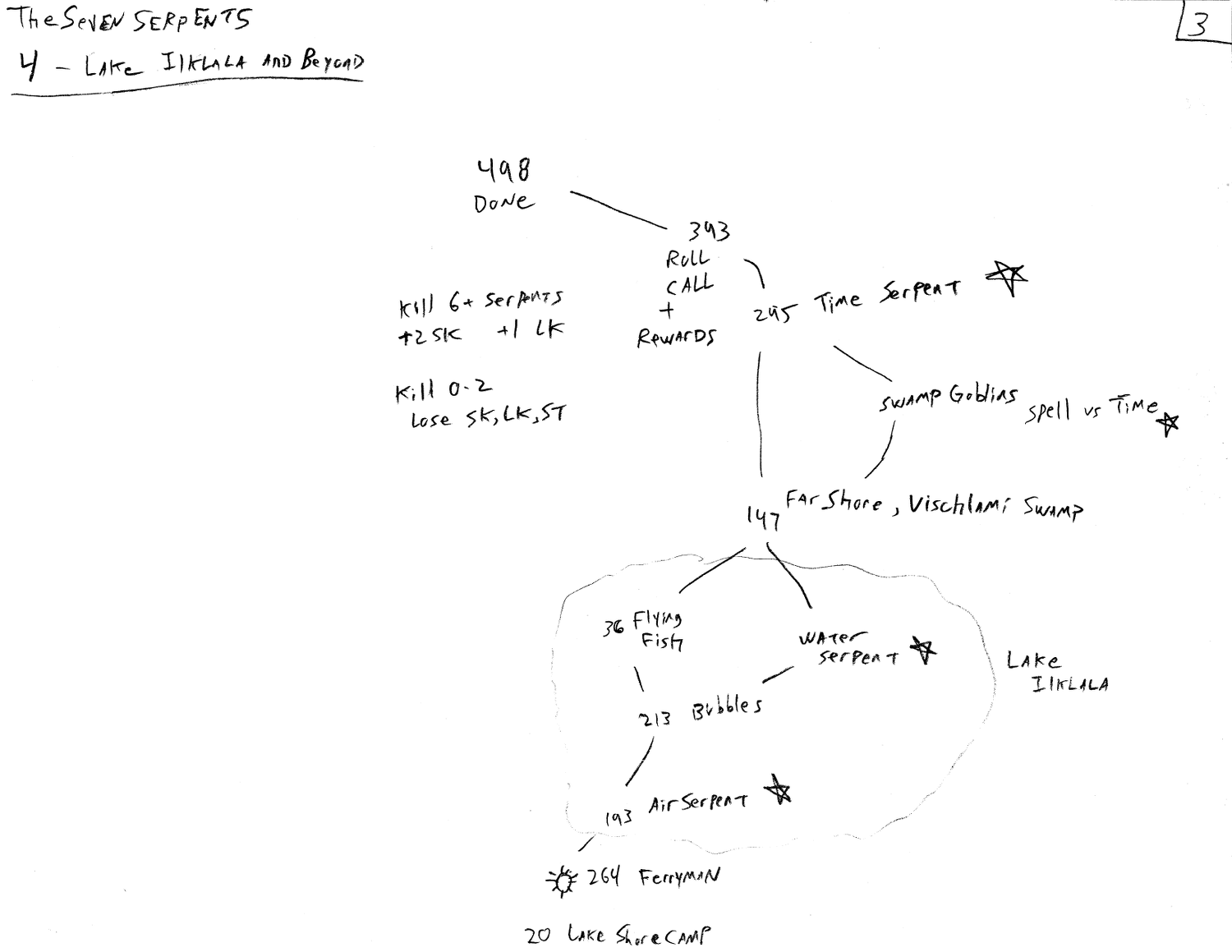 To cross Lake Ilkala, you need the ferry whistle, which you get from Fenestra the sorceror.