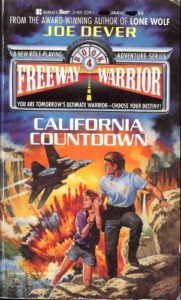 YOU continue being the scout for the combined Dallas / Big Spring / Phoenix colony, on the final leg of our fateful road trip from Texas to California. Drive through deserts and ruined towns! Drink water or lose 3 endurance points! Eat a meal while you wait for someone to scout the road ahead!

It’s not an exciting drive, but it’s a long one. And at the end is the climactic showdown with our sworn enemy since the start of the series: Mad Dog Michigan.

The fourth book is more of the same found in the first three: abandoned town, roadblocks, drink water, scrounge for loot, repeat. Like the others, most of the decisions make absolutely no difference: stop to talk or keep driving (either way, they see you  and run), volunteer or not (not = you change your mind). It’s tedious and annoying.

Unlike the others, there’s fairly little combat and fairly few bandit-gangsters or  other action, and most of the time is spent hoping not to die an instant death from a bad Driving + Endurance roll. So there wasn’t even a lot of action.

Sadly, the narrative did not make up for it. Book 3 got pretty engaging as I was on the run, hunted by a sniper, watching my teammates die one by one. This one had a touch of pathos when Kate got sick, and had the lackluster saboteur/mole/trial story line, but just didn’t engage me.

Page 111 there’s a check to break a window using your strength skill. But of course there’s no such thing. Maybe he means Stealth because that’s meant to be fitness and dexterity?

On 53 you head west out of Sentinel and get to Aztec. Aztec is west from Sentinel, and our course is westward to California. Again, not affecting the game. 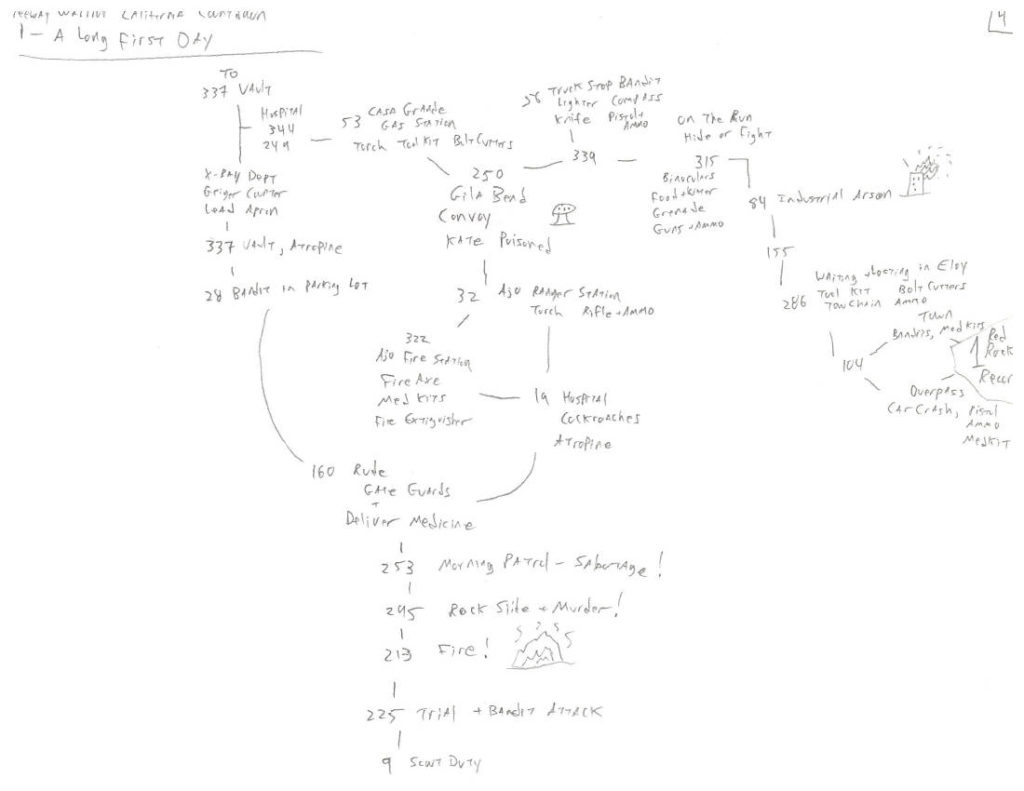 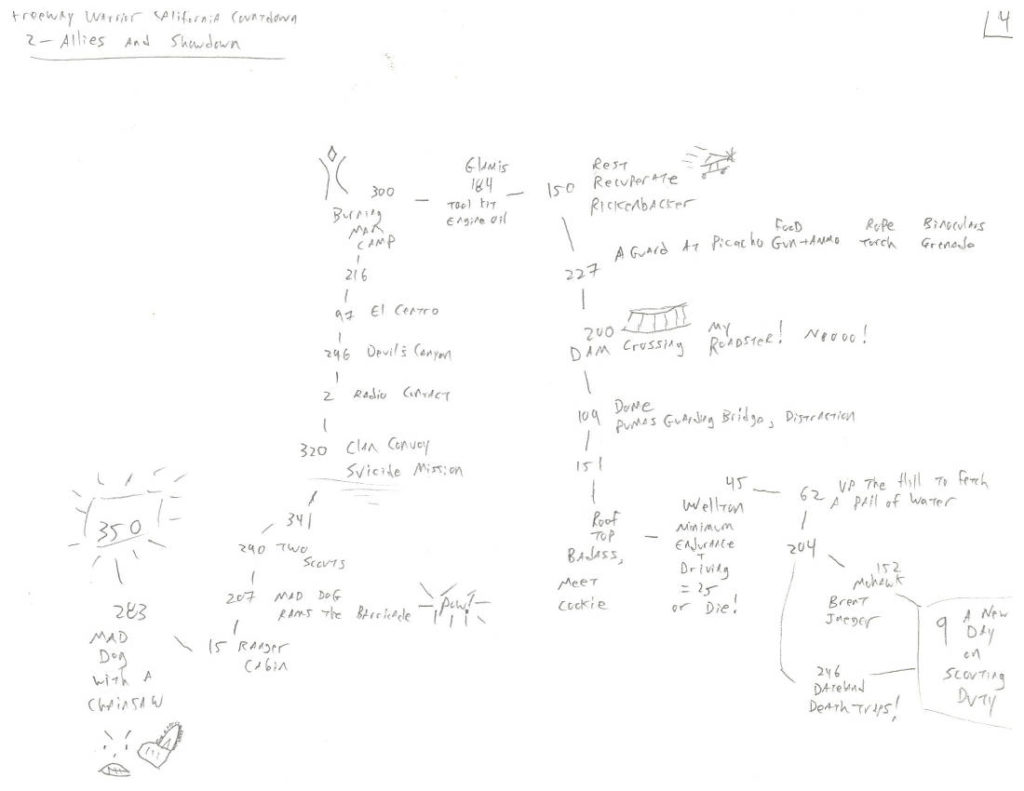