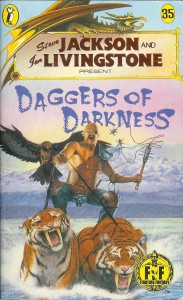 YOU become a fugitive, on the run to your throne. The king of Kazan has died, and you are to return home and claim the throne. But the vizier has other plans for the throne, if you were out of the way. The story opens with an attack in which you are fatally poisoned; you have a long journey ahead and time is not on your side.

Sadly, though, you are not that awesome bald, eagle-bedecked dude surfing on tigers.

The map is the most complex and interconnected of any I have played so far. It spans five of the six lands of Kazan, plus two mazes and a city and a castle. The lands are interconnected in strange ways, and are often tied to your interactions with people. That road you’re on,  will go to a different place if you do-or-don’t talk to that person.

Even better, there is not one clear path to victory. The Medallions are technically optional, and dozens of paths will get you at least one. Even the boss fight is optional if you play it right! That interconnected world will let you beeline to the city and take back your throne… and you won’t find yourself stopped at the last moment because you lack a numbered key.

This maximized the replayability factor here: despite winning on my first playthrough, it took me 5 evenings and to work though it all and map it out . I died many, many times and won several times.

It had some annoyances, though. Quite often there are challenges where you roll 2d6 X times and when they match, Bad Stuff happens. It’s a lame mechanic and that’s okay from time to time… but after three times in one playthrough it gets old. Another lazy mechanic, was “roll 2d6 for your weight and 2d6 for the bridge; if your weight is greater then your adventure ends here” My weight is random, and a single 50/50 chance will ruin my day — again, okay once or maybe twice, but as a staple mechanic on which the whole book is based, not very cool.

One of the Medallion mazes, isn’t a maze at all, but is random and has a random puzzle. I lost 32 Stamina (dead, but kept rolling to prove the point) before I was put into the maze, and it being purely random of course there was no Medallion anyway.

As a result, this long and twisted quest of legendary proportions, with a flexibility and interconnection making it feel almost open-world… was diminished somewhat by tedious lazy mechanics. It could have been a great adventure, but it was an okay adventure. 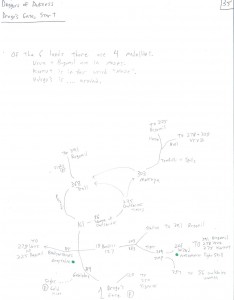 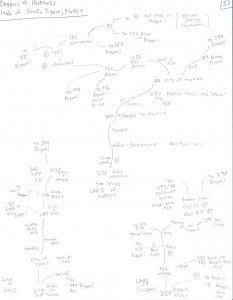 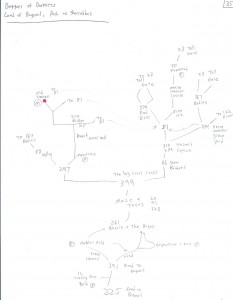 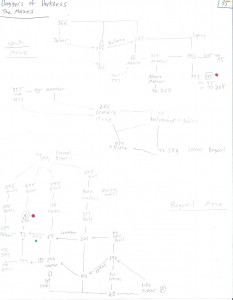 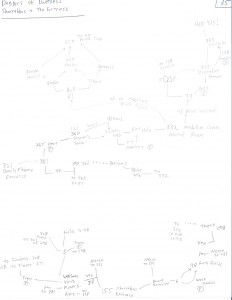 Book 35 in the series