Legend of the Shadow Warriors 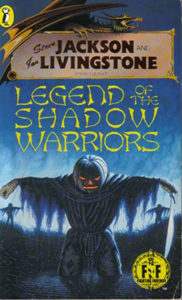 YOU become the hero but much too late to save the town of Karnstein from being destroyed by the ancient and mythical Shadow Warriors. But the stakes are higher than just one town – the entire web of life is threatened by mankind’s plundering of the environment, causing the earth itself to awaken with horrors. And if the Shadow Warriors awaken their slumbering lord Voivod, it will be the last straw and all of life will fall apart.

This book was just great, for so many reasons.

It starts off as your usual sword-for-hire plot line, but quickly devolves into getting beaten up and thrown out of the tavern, fleeing from the tax man through the city, fleeing from a poop elemental in the sewers, fleeing the city in a garbage wagon, and finally starting the adventure… where my employers are immediately killed by the Shadow Warriors, and I run for my life. Eventually I fight my way to the city, and find that it’s too late… but the story isn’t over.

I think Stephen Hand said it best himself about what he achieved:

I tried to create  … a total Hammer Horror reality with real history and personalities. I tried to create a quest that no one had done before, and I tried to take up some serious issues. At the end of the book, you don’t kill the bad guy, you forgive him and help him. This to me seemed a stronger and more courageous ending than the usual easy death and explosions routine – who murders the murderers?

And you know what, he did it.

The Shadow Warriors are straight from The Seven Golden Vampires, and the name Karnstein is straight Hammer Horror as well.

There are body snatchers, and an homage to John Carpenter’s They Live.

The Shadow Warriors were a direct riff of The Golden Vampires from the movie Legend of the Seven Golden Vampires. Peter Cushing in a Hammer / Shaw Brothers kung-fu vampire film. Totally righteous, check it out.

There’s a Victor Frankenstein wannabe, pumpkin-head dudes, and a really creepy scene with a deathless vampire-witch. The illustrations go great with these awful scenes, too, really bringing them to life (or unlife). Martin McKenna is a frequent FF artist, and for good reason.

There’s a shoggoth, or maybe it’s a poop elemental. I didn’t stick around to find out.

The overarching plot reason for it all, is handed down from the Horned God and Earth-mother by Jack in the Green, so it has a hefty dose of paganism.

There are multiple paths through the book, without a crazy scavenger hunt and with varying degrees of success and difficulty. At the start, you purchase items that can help get you out of various scrapes, or not, and I enjoy that mechanic a lot (like in Forest of Doom).

The hero arrives too late to save the city, and to make it to the boss fight requires a real puzzle. And then you don’t just kill the bad guy at the end. You save him.

It was a lot of fun, only mildly frustrating at times, and had me re-playing it for another two weeks just to see what I missed.

And, I see on Titanica that Moonrunner is a follow-up to some of the subplots in here. So maybe that will be my next. 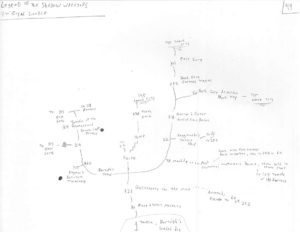 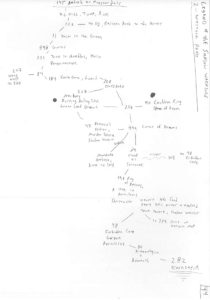 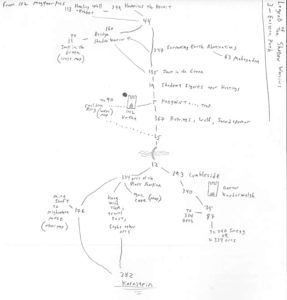 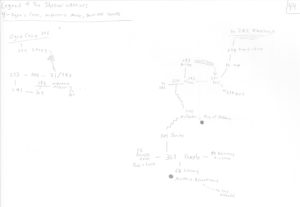 Book 44 in the series