YOU become a sword for hire but are also in this one for the glory. A wizard named Mordraneth has abducted another wizard named Alsander, because Alsander was plotting to kill Mordraneth and came up with a means to do it. So I’m being hired to rescue this would-be murderer from another wizard.

You know what? Hold on a sec. Let’s talk about this.

What is wrong with wizards, that half of these books are about wizards being abducted? Don’t they have fireballs and teleportation and stuff? Even just randomly abducting people off the street, you’d get the occasional black belt in karate or someone with a whistle and pepper spray. But wizards, just helpless and are abducted all the damn time. But oh, wait until you rescue them – then, then they whip out the “I’ll just teleport home, thanks!” spiel while you finish off the boss fight.

Oh man, wizards tick me off. Except Yaztromo. That guy’s all right.

Anyway, Alsander was gonna kill Mordraneth anyway, so this was self defense. Good for Mordraneth, right? Wrong. I have a strong desire to kill Mordraneth too, because it would look awesome on my sword-for-hire resume. Being hired for the job is just icing on the cake, someone else paying my travel costs as I do what I was gonna do anyway. I’m not a hero here, just looking to fill some gaps in my C.V. with blood.

I have a bad feeling about this adventure.

It’s a pretty run of the mill adventure. That’s not great, but it’s not bad either.

There are two settings: the island at large, then the dungeon itself. They work well together, with the outside giving clues and equipment and a few red herrings before you dive in.

And the book starts with the usual disclaimer that if you have the right path, you can win with any stats. I’m dubious. Page 1 is a fight that killed me several times with 7 and 8 Skill, several required foes have 9, and Mordraneth has a 10. Beating it with a skill of 9 seems farfetched, and with a 7-8 simply impossible. But that”s not specific to this book.

One mechanic I enjoyed was a variety of optional items that can bail you out of certain situations, though they are also optional if you just tough it out and fight through. For instance, a cat will chase away sewer rats but you can also fight or flee, and though you can fight the spider there’s a headband that drives it away. The rings and medallions and other random kipple – all useful, all optional. I gush about this in Forest of Doom and Citadel of Chaos too.

Several times you’re told to eat a meal or else lose 2 stamina. But since eating it restores 4 stamina, it’s better to just take the 2 then eat on the next page.

On 52 your medallion shines and dispels the evil… even if you’re not wearing a medallion. 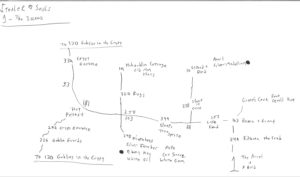 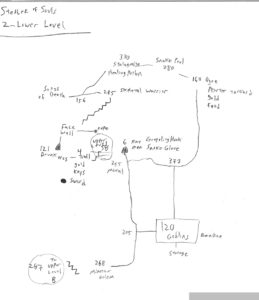 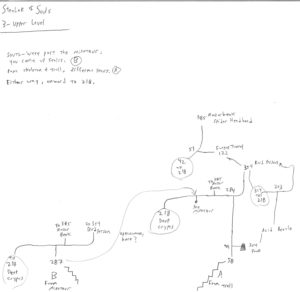 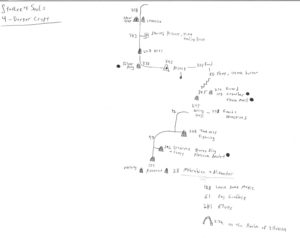 Book 34 in the series