The Kingdoms of Terror 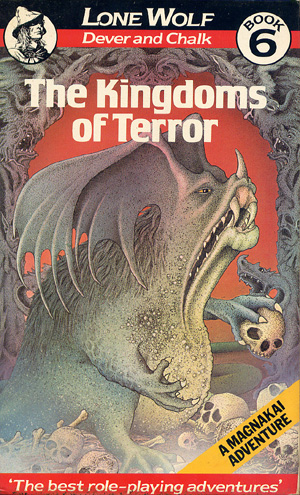 YOU want to become the founder of a whole-new order of Kai. In the last book, Lone Wolf found out about the fabled Book of Magnakai which contains the best secrets and superpowers that apparently have been lost to modern Kai. Well, one of the first things he learns from the book (aside from an improved version of mindblast) is that in order to be a legit teacher at his new Kai Kollege ™  he needs to find the lost Lorestone.

You know, this gives me pause to wonder… Remember that Silent Wolf survived the destruction of the Kai monastery, not because of his wits and superpowers, but because he was gone doing extra chores as punishment for screwing around in class. Now we find out that his teachers didn’t even have a Lorestone nor the book that had the really good tricks.  No wonder they got wrecked the first time their ancient enemy finally got the nerve! And honestly, that doesn’t give me a lot of hope for the new generation of Kai either.

Well, pack up your Sommerswerd and silver helmet and shield and laumspur potions from the earlier books. You’re off to Varetta to see if any of the wise guys there know anything that could help you.

It’s a fairly straightforward adventure. Lone Wolf meets a few single-serving friends who we likely won’t hear from again. There’s a brief excursion into sewers, and an uneventful ride on a boat. But really, it’s not the “epic quest” that some of the earlier books were. Shadow on the Sand and Chasm of Doom  were big in their scope — going guerilla during a war, crossing a continent, swashbuckling, … That’s not to say that KoT was boring because it wasn’t, but it was “just an adventure” and not a quest of epic proportion.

The new skill system is slightly different than the old ones. Some skills are the same as ever (weaponskill and healing) and some have had minor shuffling (hunting, animal control, camouflage is now invisibility, and there’s an improved mindblast if you can spare health for it). Some are entirely new and I’m not sure what they are (nexus, divination). It does introduce a bow though, which I really like.

There’s not a lot of combat in this book. What there is, seems to be poorly calibrated for difficulty, though. If you have the Sommerswerd the +8 makes most combats very strongly biased in your favor; most of them I was running the “+10 or more” column and killing most critters in 1-2 hits. If you do not have the Sommerswerd, the balance is more like 0 and you’ll get torn up. No joke, I actually spent a week powering through books 1-5 just so I could have a legit character to survive book 6.

But yeah, I’ll be interested to see the next book and find out where we’re going with this new skill tree, and maybe to see if that one is more fun.

When meeting Lord Roark, you’re asked whether you have a bow and if so then you immediately use it without a choice (you only have 6 arrows). Also when fighting Roark, no provision is made for one-shot killing him. 😉 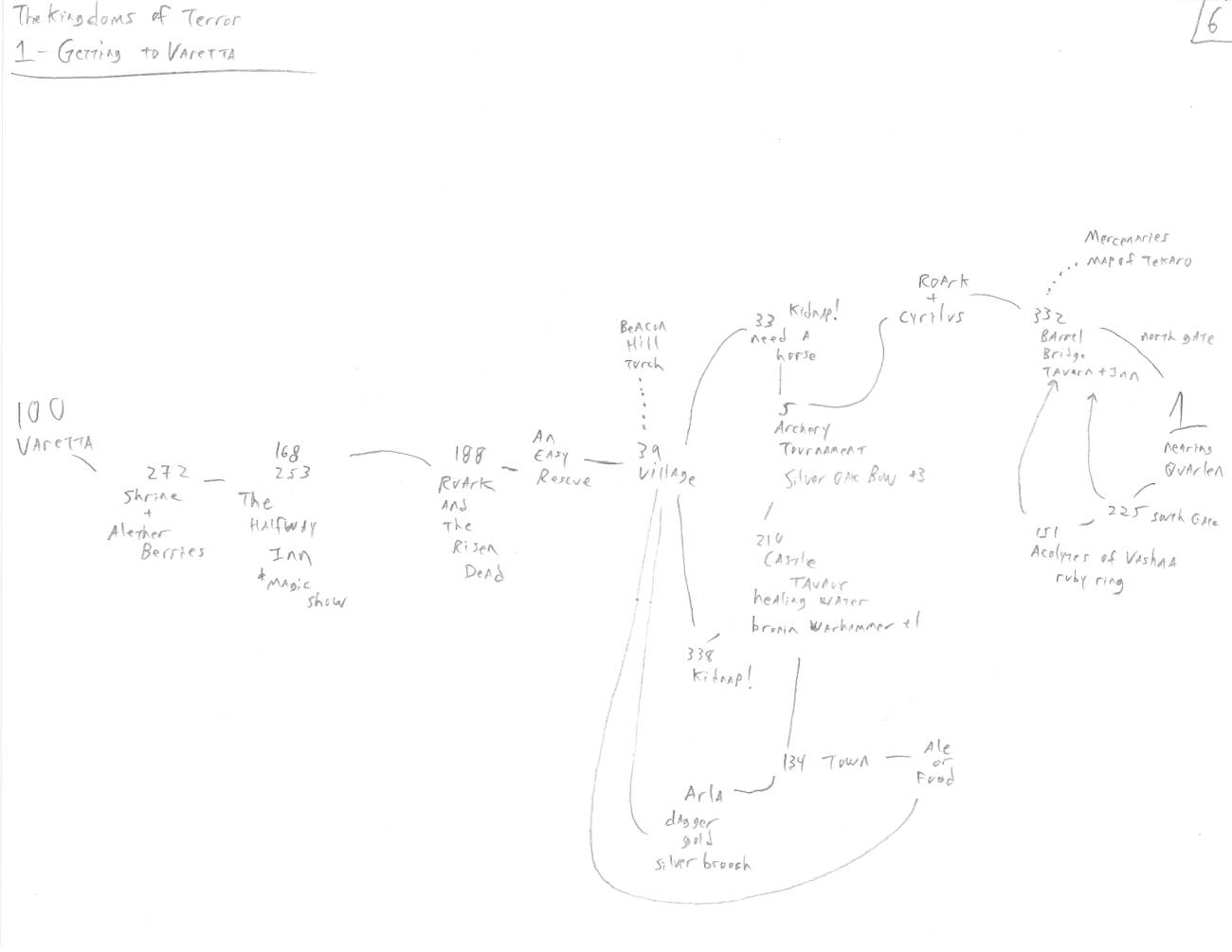 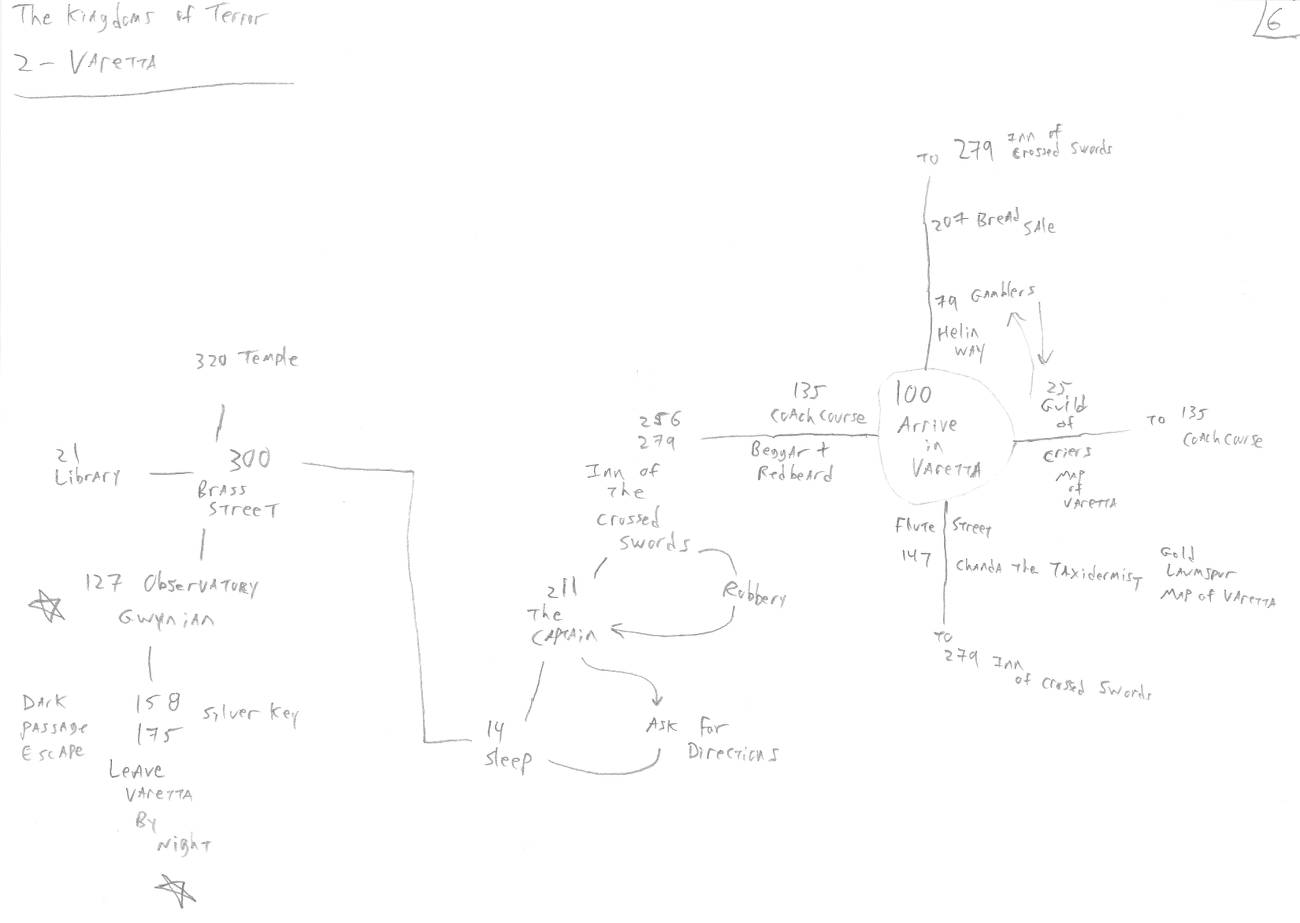 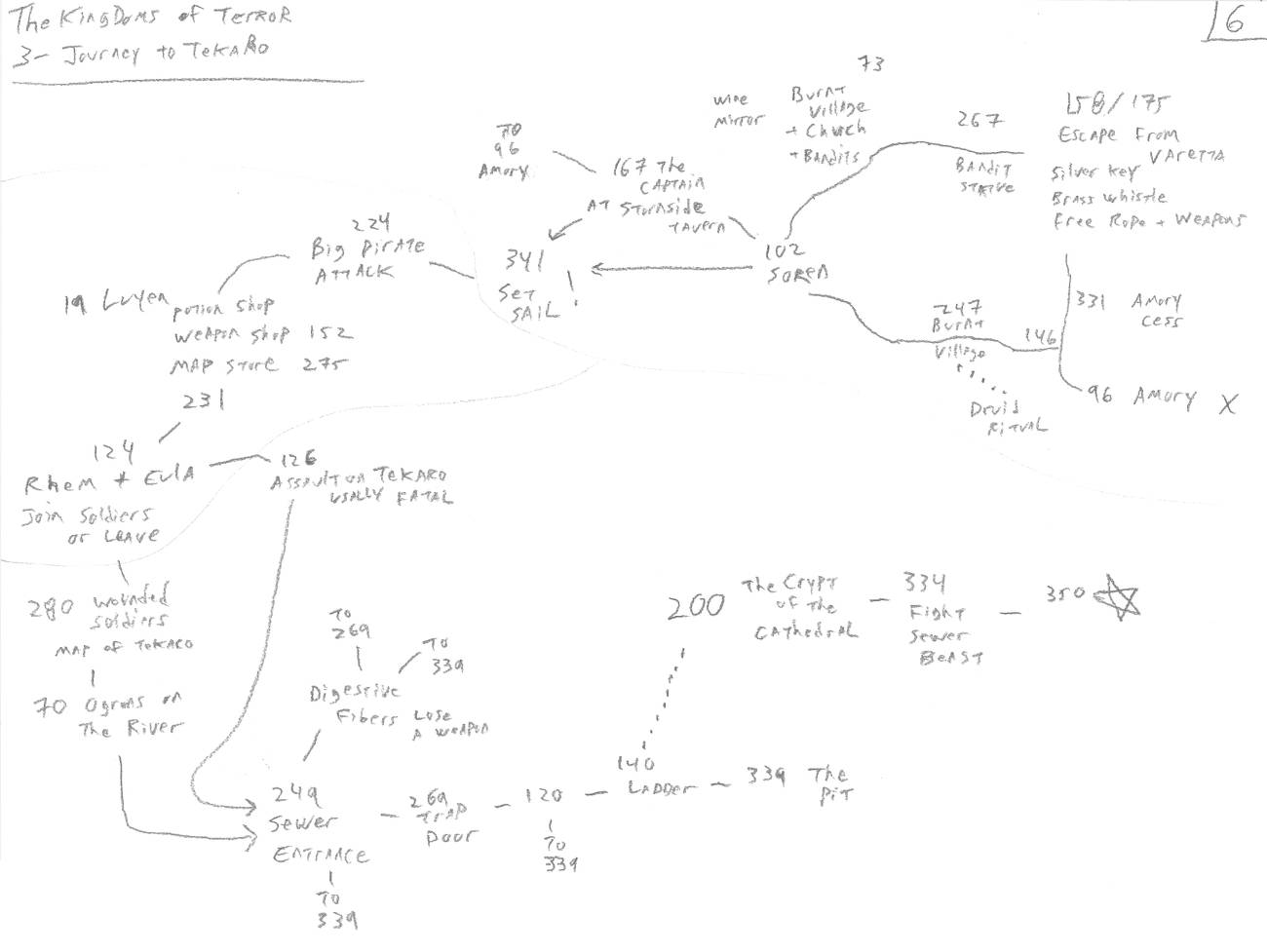