The Masters of Darkness 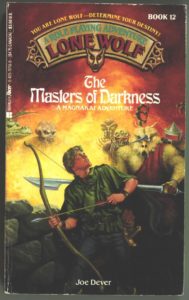 YOU become the savior of Magnamund in this final adventure of Lone Wolf. Having survived the Daziarn Plane, Lone Wolf crosses the Shadow Gate back into Magnamund. He arrives in the company of two old friends, and also some bad news: he has been gone for eight years. The armies of the Darklords have continued their advance, conquering most of Magnamund.

Yeah, eight years and the entire armies of Magnamund haven’t accomplished much. As always, it’s on LW to walk to Helgedad and infiltrate the palace, destroy the new super-weapon and Darklord Gnaag, and save the world.

This was a great time. It’s an epic-grade story again, with adventure on the seas, hijacking an airbeast, walking miles and miles, and of course defeating Darklord Gnaag and saving all of Magnamund from this evil that has threatened it for millennia.

Brian’s brilliant illustrations again, painted a vivid picture where my own imagination wasn’t quite making the picture. They’re so good, I really wouldn’t tire of them if there were 10X as many throughout the book. 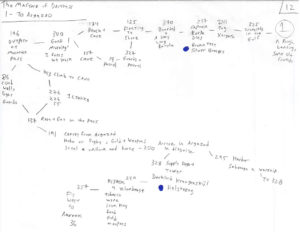 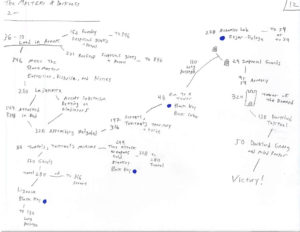