Shadow on the Sand 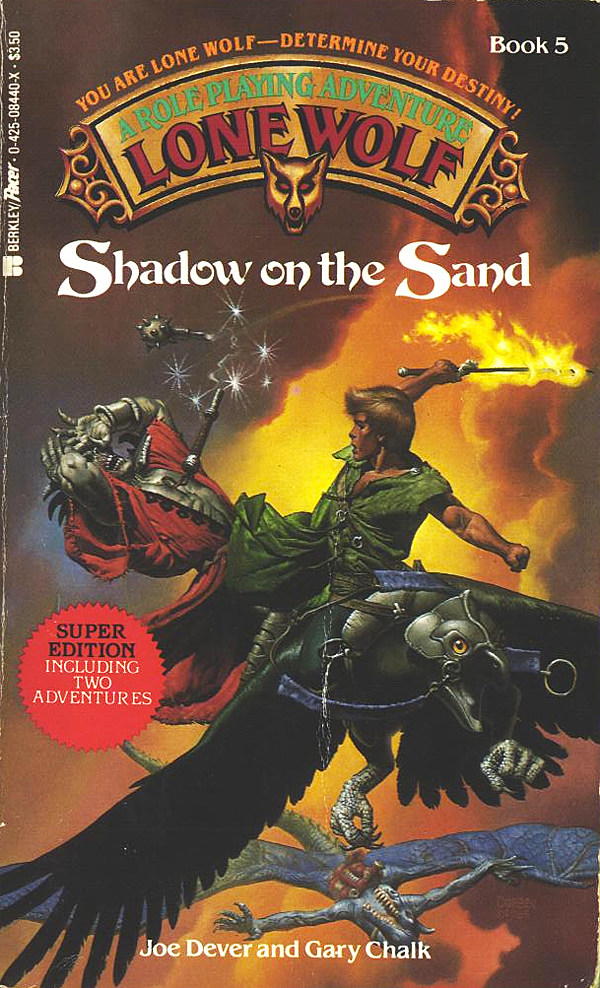 YOU become an ambassador, sent to  sign a peace treaty. The king of Vassagonia feels really bad about that army invading Sommerlund back in Chasm of Doom, and wants to make amends with a peace treaty. Kind of like how Battlestar Galactica started.

You arrive in Vassagonia and find that the old king has died (he was in poor health, but the timing stinks) and the new one is cutting a deal with a Darklord. But there’s an up side to this: the Darklord knows the location of the fabled Book of Magnakai, which will make Lone Wolf even more bad-ass and allow Lone Wolf to set up a new Kai school.

If you, Lon Wolf, can find the tomb before this Darklord finds and destroys the book.

By a phenomenally lucky set of choices and dice rolls, I beat this one on the first playthrough (18 combat, 26 endurance, Sword skill, Healing and Sixth Sense). Later playthroughs with different decisions and stats were less easy.

It’s a fun adventure, covering cities and dungeons, sewers and airships. The fighting is fair and there’s not overly much of it, and the final boss fight isn’t actually a fight. So you don’t need max stats to survive. It’s an adrenaline-filled escape through a city and/or from a jail, then another exciting and swashbuckling escape, more exotic cities to explore, and finally the tomb.

Although I won the first time, it was 10 more plays before I had the book mostly mapped. The two escape scenes comprising the first two thirds of the book, were action-packed and a lot of fun. Joe really knew how to create a lot of virtual space in 400 half-pages.

All in all, a good book and a fun book, but I’m looking forward to see how The Kingdoms of Terror will change things up with the new skills. In these first five books, Healing is overpowered and Sixth Sense is full of spoilers, while Tracking is basically Sixth Sense with a different name. It’s been a blast, but I am looking forward to seeing a bit of a reset in the new Magnakai series.

Tipasa’s puzzle on page 331, cannot be solved in some prints of the book. In this edition, a city is omitted from the map and an island is covered up by the legend. 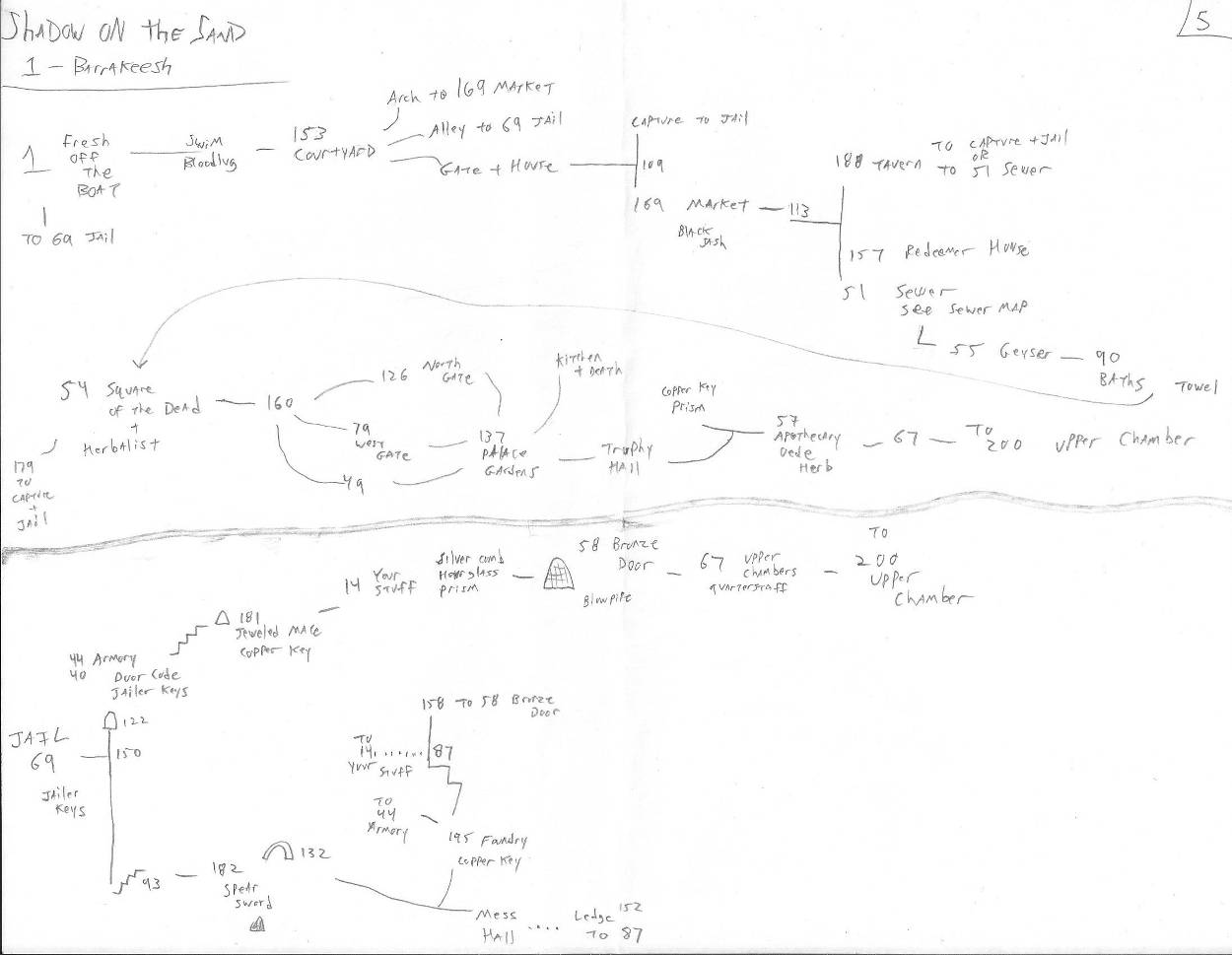 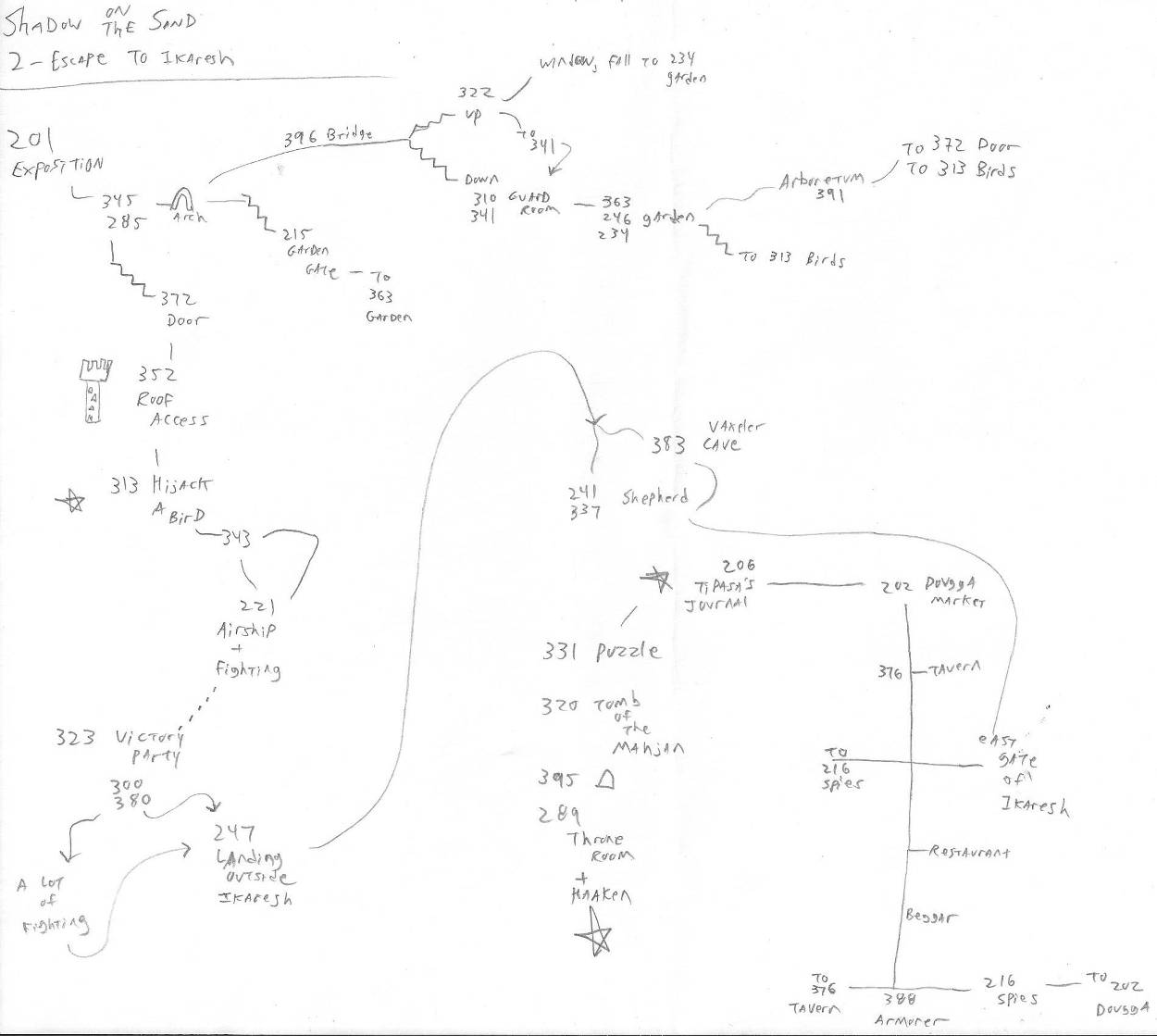 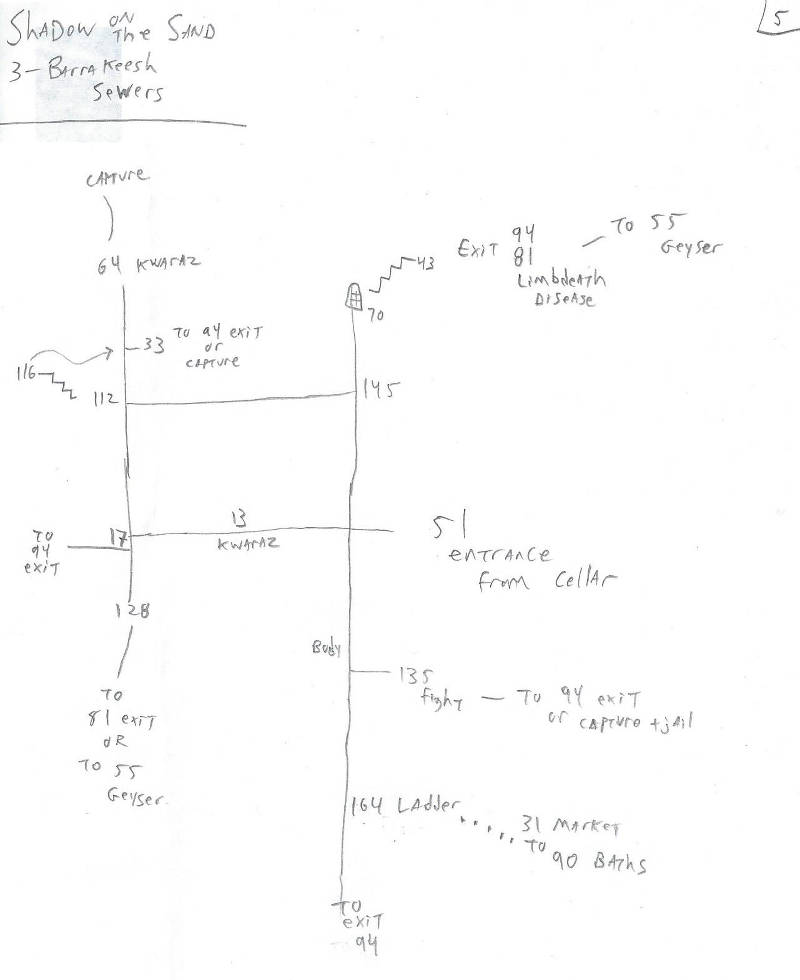