The Captives of Kaag 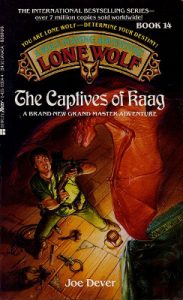 YOU become the rescuer of your old friend Banedon, who somehow got himself kidnapped and taken to the Darklands.

No wait, check that… The nazradim sorcerers will force him to teach them his magic. They’re already magicians, so learning a second type of magic will make them too powerful and they’ll surely take over the world. Seems goofy on the surface that in the thousands of years of civilization no wizard has thought “Hey, a second magic book? Let’s learn that one, too!”

After volumes of all-out war, hiding in foreign lands and trying to get home, a simple fetch mission feels almost easy.

But such is the way, Lone Wolf. Go get ‘im! Fetch!

The story on the surface is kind of silly, both that a wizard git himself kidnapped, and also that a nation of evil wizards never thought to go learn that other type of magic and make the best of both techniques. At some point in the last 8,000 years you’d think they’d have raided a library or something…

So, it’s another rote dungeon crawl for Lone Wolf, and honestly it’s starting to feel a bit tired. Sneak into the Darklords’ castles again, evade the usual range of giaks and drakkarim and Death Knights, and end with a “surprise” boss fight featuring that guy from the previous book.

And I’ve been griping for the last few books about the game balance, which tries but fails to create a balance enjoyable for both a well-armed veteran and a rank newb. As a new character there’s no hope of making it to the boss fight, so you basically have to cheat and give yourself the +8 Sommerswerd to have a shot. Cheating like that and having already mapped out the book so I knew the best route, I finally got through. But only because Banedon finished the boss fight for me.

It’s not a bad adventure. The dungeon isn’t a straight line like a few of them have been, and there’s not a lot of scavenger hunting for some obscure required item like a lot of Fighting Fantasy. But it’s not a great adventure either. 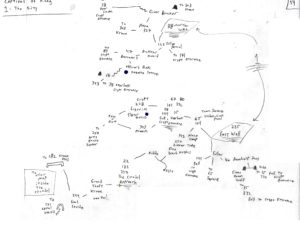 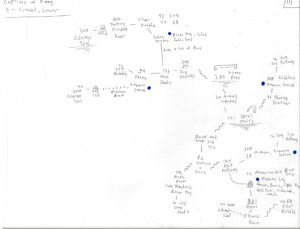 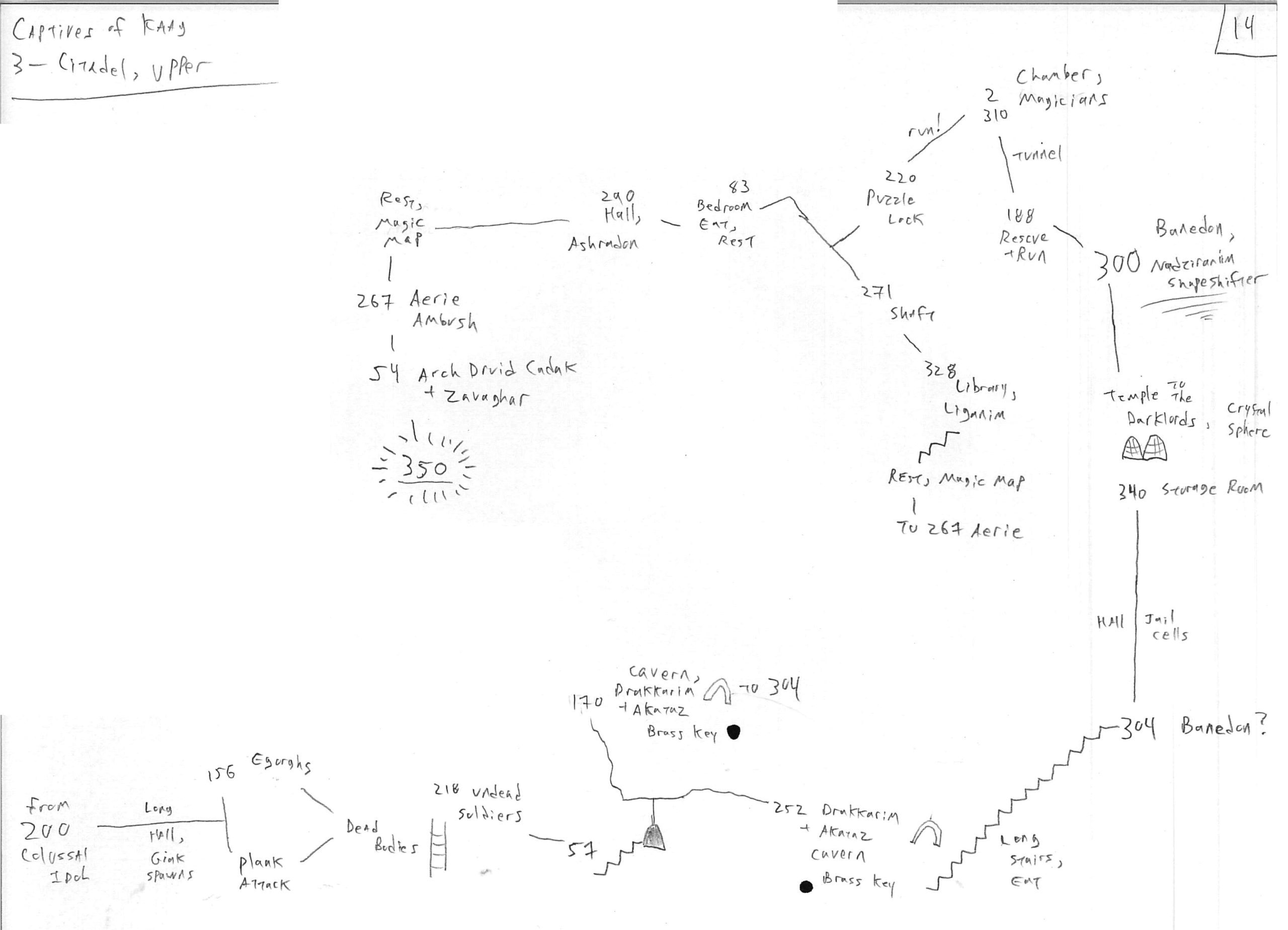