The Caverns of Kalte 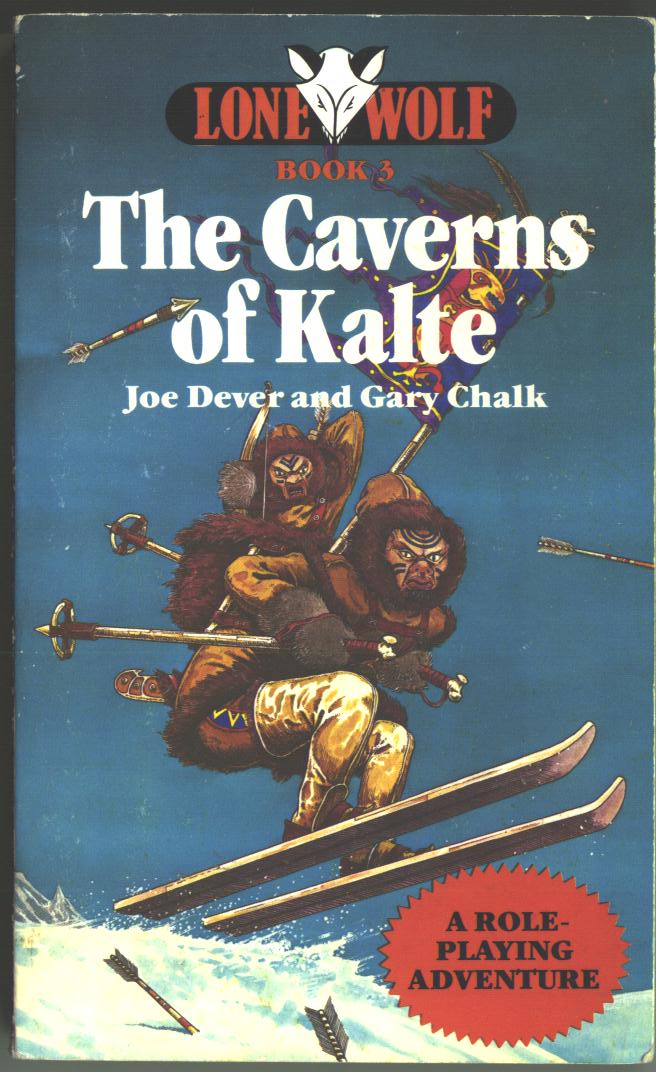 YOU become the arctic explorer sent by the King to bring Vonotar back to Sommerland for trial. You may not have heard of him in Flight From The Dark, and may not have met him in Fire on the Water, but he’s been there — the wizard who betrayed Sommerland’s guild of magicians and helped the Darklords with their invasion.

He escaped to the frozen wastes of Kalte, but you’re going to bring him back to stand trial.

This one lacks the “epic quest” feel of Flight From The Dark and Fire On The Water, where you cross the world, hustle casinos for bus fare, and survive all-out war. This one is literally a wizard hunt, plain and simple.

But that’s not necessarily bad; the one-man wizard hunt is cliche because it’s a staple. And the simple-sounding plotline and seeming lack of scenery changes, belies a pretty complex network and a whole lot of replayability. I played several times before winning, then over a dozen more times finding more routes and making more connections. 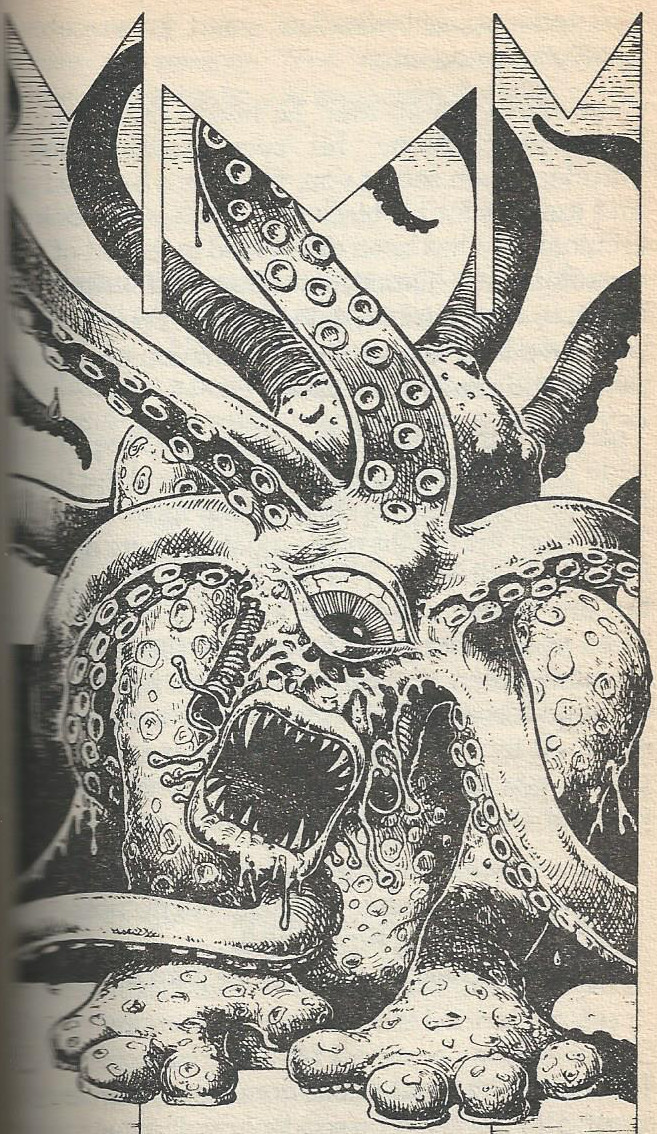 There are four distinct entrances into the Caverns. There’s a must-have item to meet and defeat Vonotar, but it’s not at all obvious if you don’t have it; no “do you have a…?” question, but a completely different path. There are dangerous paths that will net you more loot, and easier paths that will get you there quickly.

And as before, Joe and Gary’s critters go beyond the usual D&D monsters. There are the Yeti-Wumpa things (Baknar, they’re called) which are typical, and the indigenes are clearly Esquimeaux. But the worst of all is the kolkoth, a lion with a venomous bite that is instantly fatal. And there’s the hideous H. P.  Lovecraft monstrosity that Vonotar keeps as a pet (which you may not need to fight).

And the difficulty was about right. Enough that my two-book-veteran character died from poison, that a new character won by finding the easy way, and that a great many other one-off characters made it to varying places before encountering horrible fates. You can always calibrate the difficulty by rolling up a veteran character with 7 skills and the Sommerswerd, or a newb with 5 skills and a randomly-selected weapon skill.

And as always, pure random luck plays a significant role in whether you’ll fall into a crevasse, be attacked in the night, or breeze on by. I’m not normally a fan of that mechanic, but in the 3 books so far it seems to improve replayability without becoming annoying.

Another good one, Joe and Gary!

There are four distinct entrances to the Caverns, all of which give you an opportunity for the blue keycard. Kolkaths always have blue keycards, but you do not want to fight a kolkath! 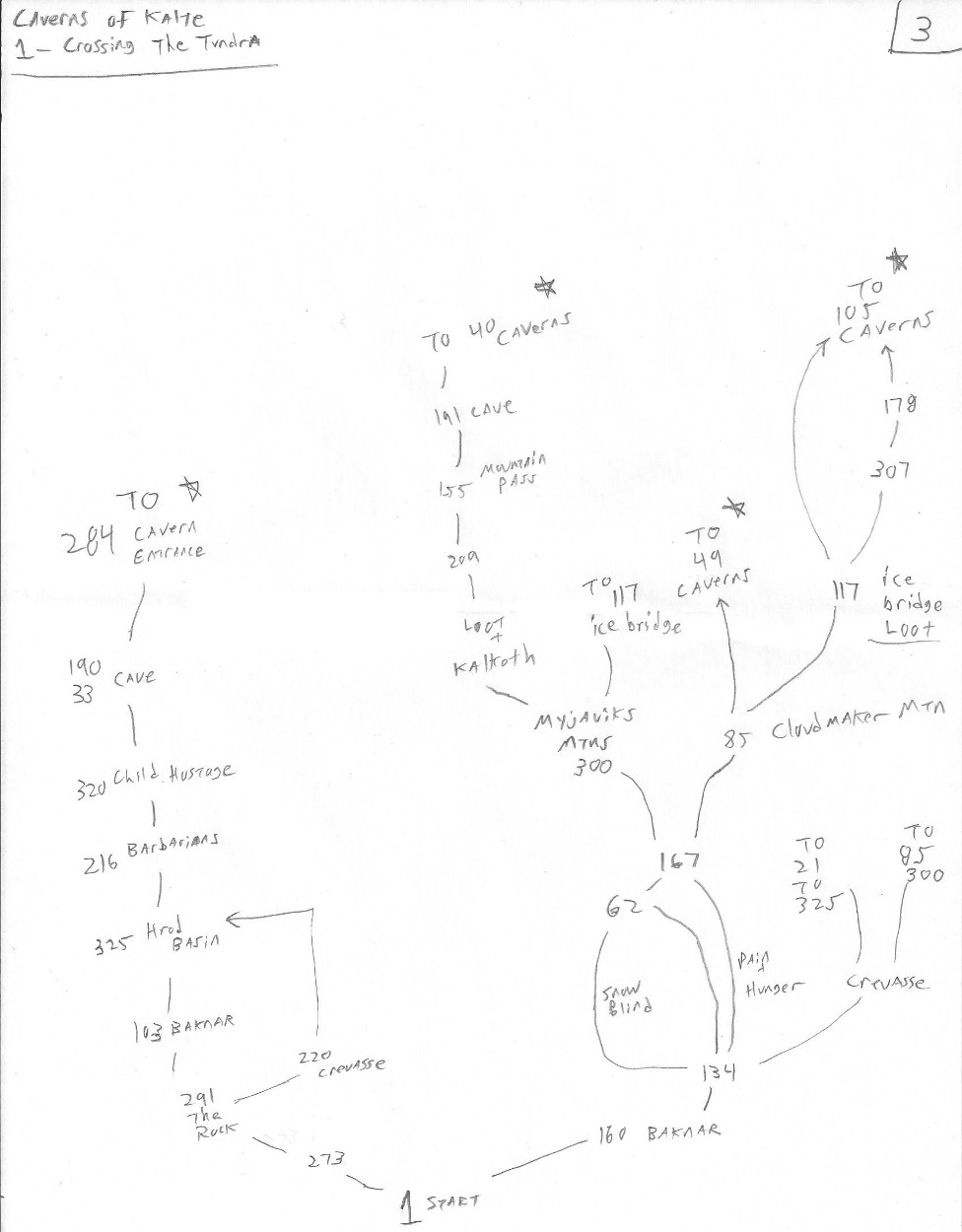 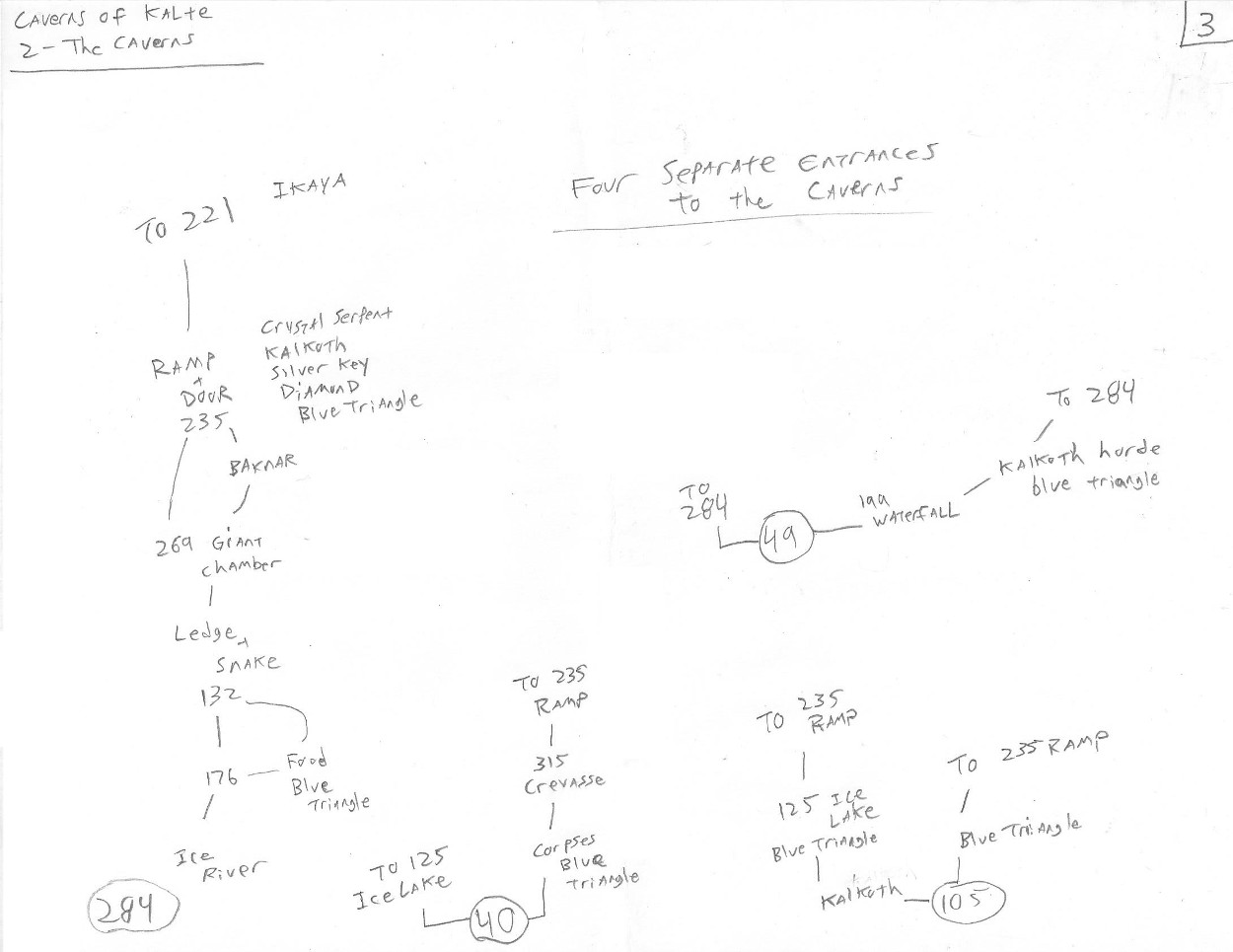 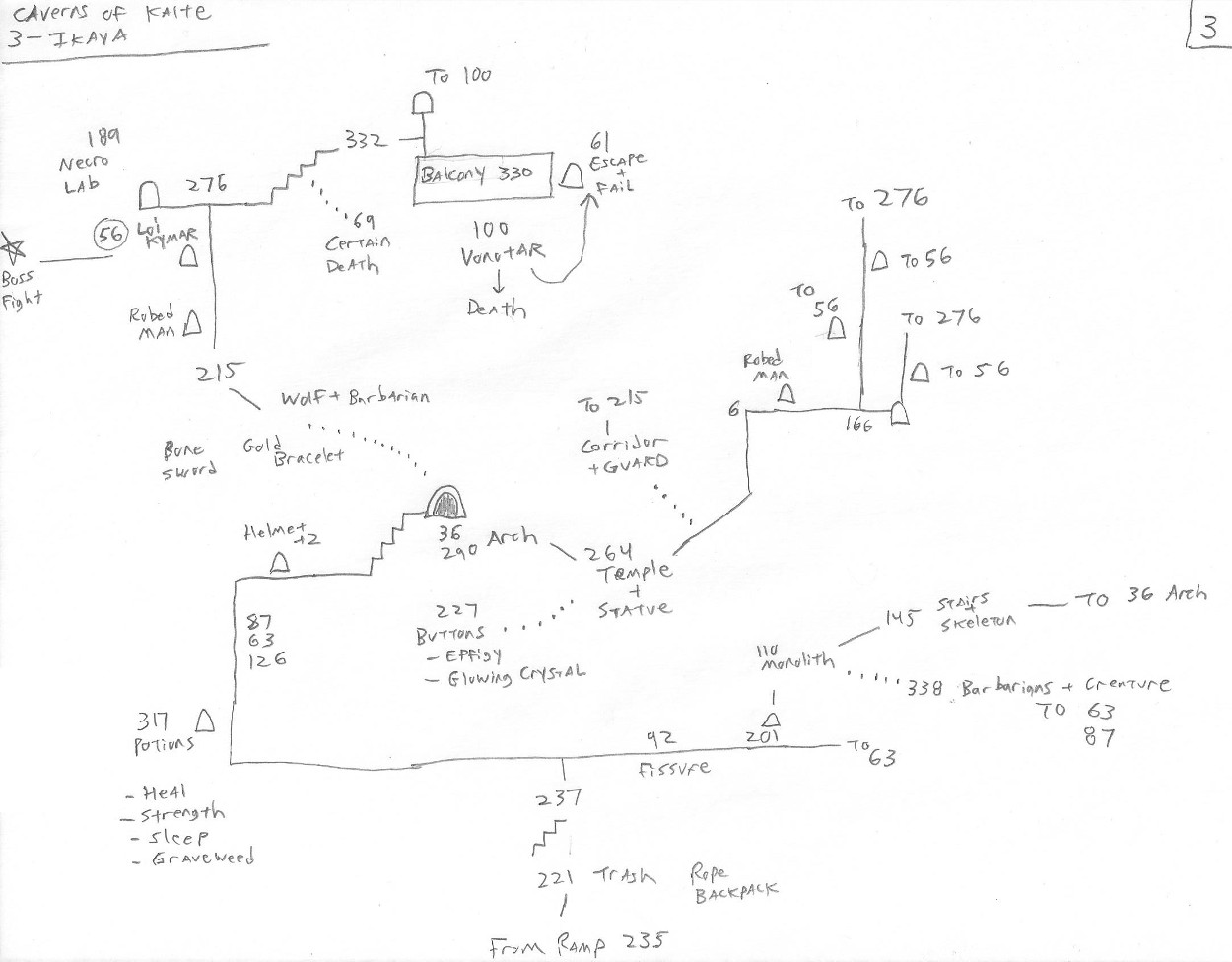