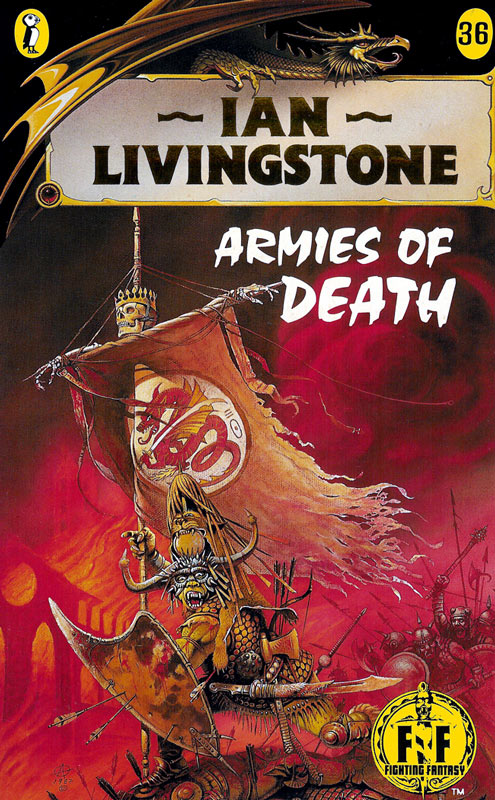 YOU become a wealthy warlord and command an army!

Rumor has it that a demon named Agglax is amassing an army to the east. Of course you, brave hero, will do something about it. But this time, none of that “solo adventurer” rubbish!

With your reward money from the Trial of Champions, you bought a castle and raised an army. This time you’re going to take care of business the right way, with an army of knights, archers, miners, and mercenaries.

The first two thirds is pretty standard stuff: pick your path to the city, wander about the city picking up stories and loot, then trek through the caves and the forest toward the battlefield. Along the way you lose Stamina and there’s only 10 points of healing in the book (no potions, no provisions), and you probably didn’t pick up that random piece of junk at the pawn shop that the oracle will want.

The last third of the book is The Big Battle, which is just a straight line of battle after battle, some of them single combat and some “roll 4d6 and lose that many from your army” For me, I find it tedious and dull and also confusing, but this could be personal taste.

So while I guess it was an okay adventure, it didn’t do a lot for me.

What I did like though, was the general plot and setting. Instead of some wandering adventurer single-handedly killing the wizard whom whole armies couldn’t touch, you’re the warlord with a force of 300 soldiers and a sack of gold. Yes, send the military for a change!

But sadly, even the new “skirmish battles” mechanic where horde fights horde, wasn’t that grewat. In this mode, a detachment of 10-20 soldiers takes on a horde of 10-20 enemies and rolls depending on the relative strength of the two hosts, until one team is depleted to 0. And once a side loses troops, the next roll will lose them even more. As a result, skirmish battles are usually over in 3 rolls. And by the way… if your team loses the skirmish, you’re dead too. No skill and stamina rolls, just 3 d6 rolls and that’s game.

So again, somewhat disappointing given that the wholly-new plot and mechanics could have made for a truly novel gamebook experience.

The book as a whole suffers some significant game balance issues. For one, there’s no healing in the book. There is one page where breakfast restores 2 stamina and one pill that restores 8, and that’s it. Compare that to being dinged for 2-8 points at a time (as well as 1-3 skill points and 4-5 luck) plus the 3d6-and-done skirmish battles, and it makes for an irritating experience.

In the wyvern battle en route to Claw (399) you may be asked if Laas of the Northmen is with you. If he were, you couldn’t possibly be on this route.  You only meet Laas if you ride the Toucan down the River Kok, and you only get to Claw by the walking overland route. 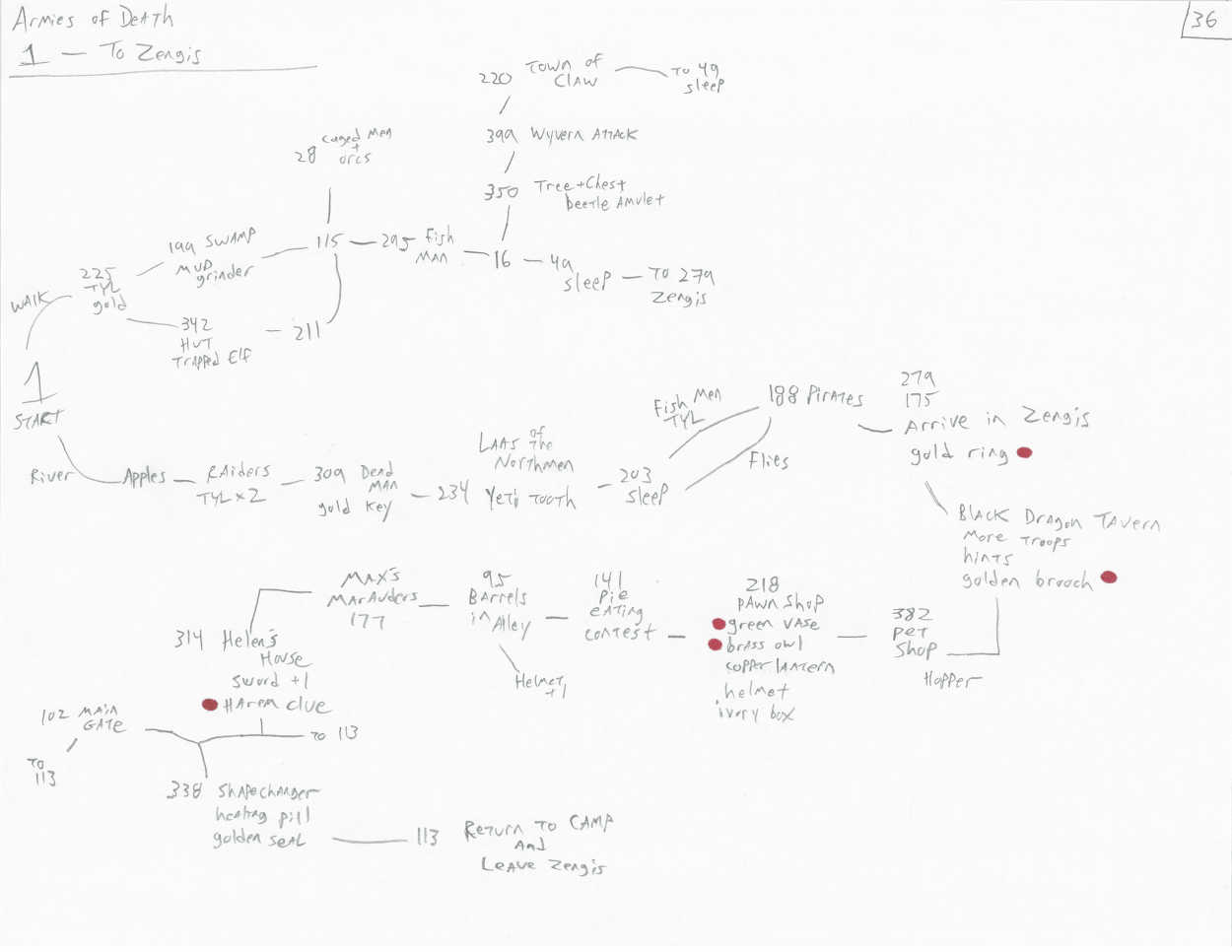 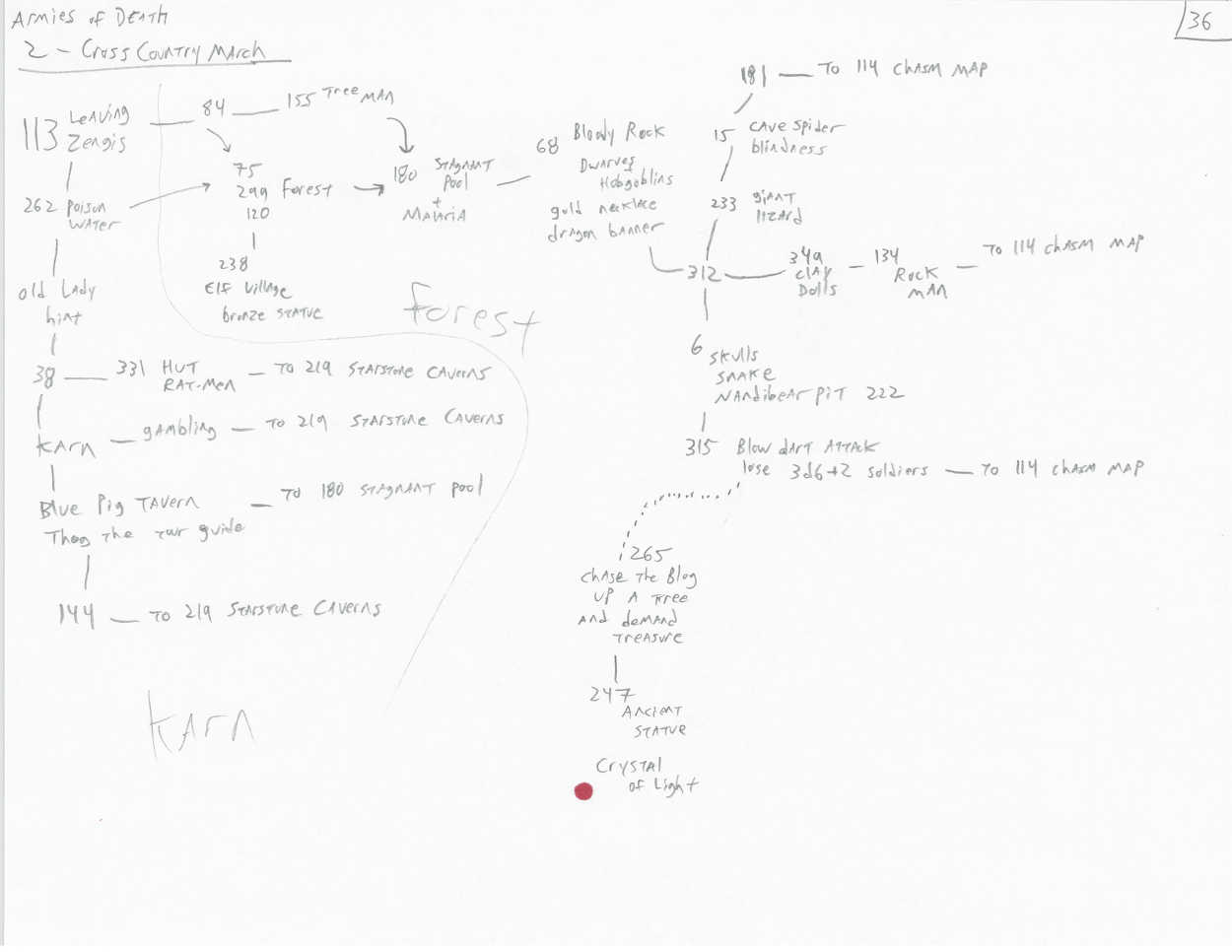 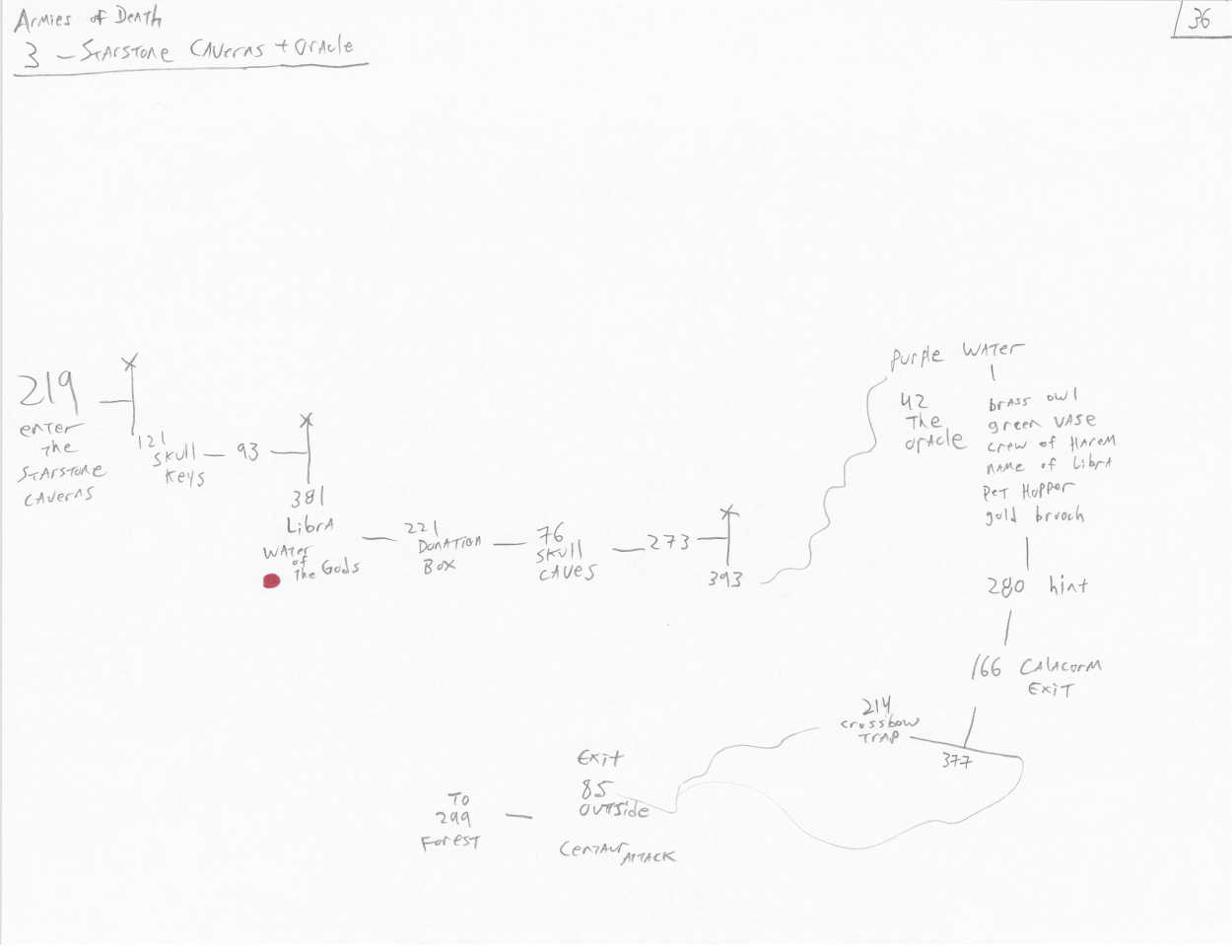 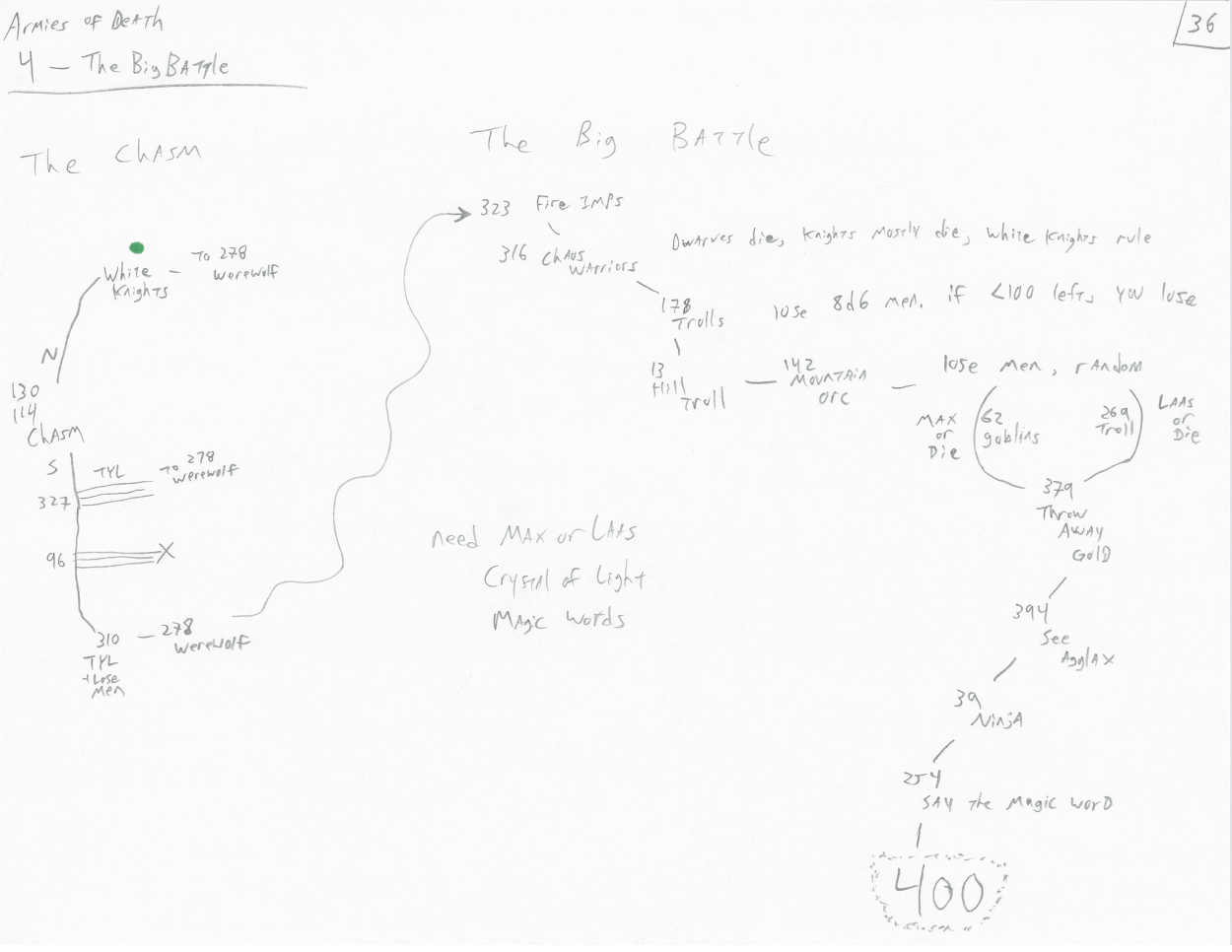 Book 36 in the series