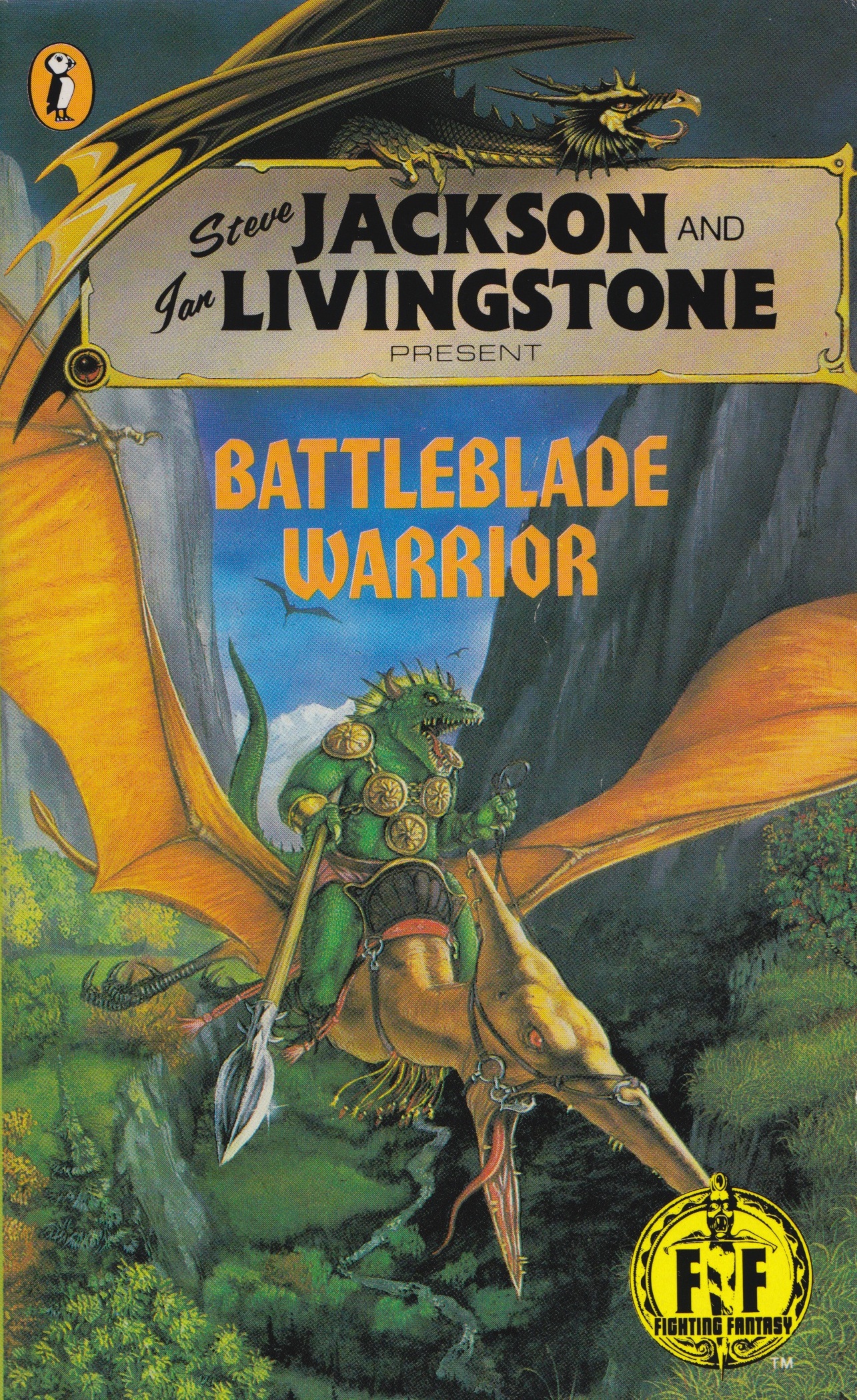 YOU become the hero of a city under siege. The lizard men, orcs, and goblins have held Vymorna under a war of attrition for years. Food is running out, morale is wearing thin, and people are dying.

You have a vision from the god Telak, telling you to seek the Sword of Telak which will surely win this war. But first, you have to get out of the city alive.

This one is a pretty basic adventure. The story is a familiar one, that if you find the magic sword the enemy will surrender and flee. (Does that really work?)

The writing is lukewarm, and I just couldn’t get into it.

For example, your very first decision is to get out of the city. One of the options (sneak out and take a boat) is two pages and no combat if you’re lucky, and you’re out of the city. The other two options are much more lengthy, usually landing back at that same waterfront 10 battles later.

There were also plenty of spots where your choice made no difference at all, where you find a dead end, then turn around and take the other direction anyway. It happens in every gamebook, but it felt like there was a lot of it here.

All in all, it was okay, I guess. Not awful, but not a favorite.

On 237, there’s a skill roll to sneak past a pterodactyl. The page numbers are reversed, though, so that success gets you noticed instead of passing by quietly.

On 138, you’re attacked by shadows. There’s a Luck roll to see if you kick over your lantern. If you’re unlucky, the light goes out and the shadows die; if lucky, then you fight. Maybe it’s not an error, but it’s kind of backward. 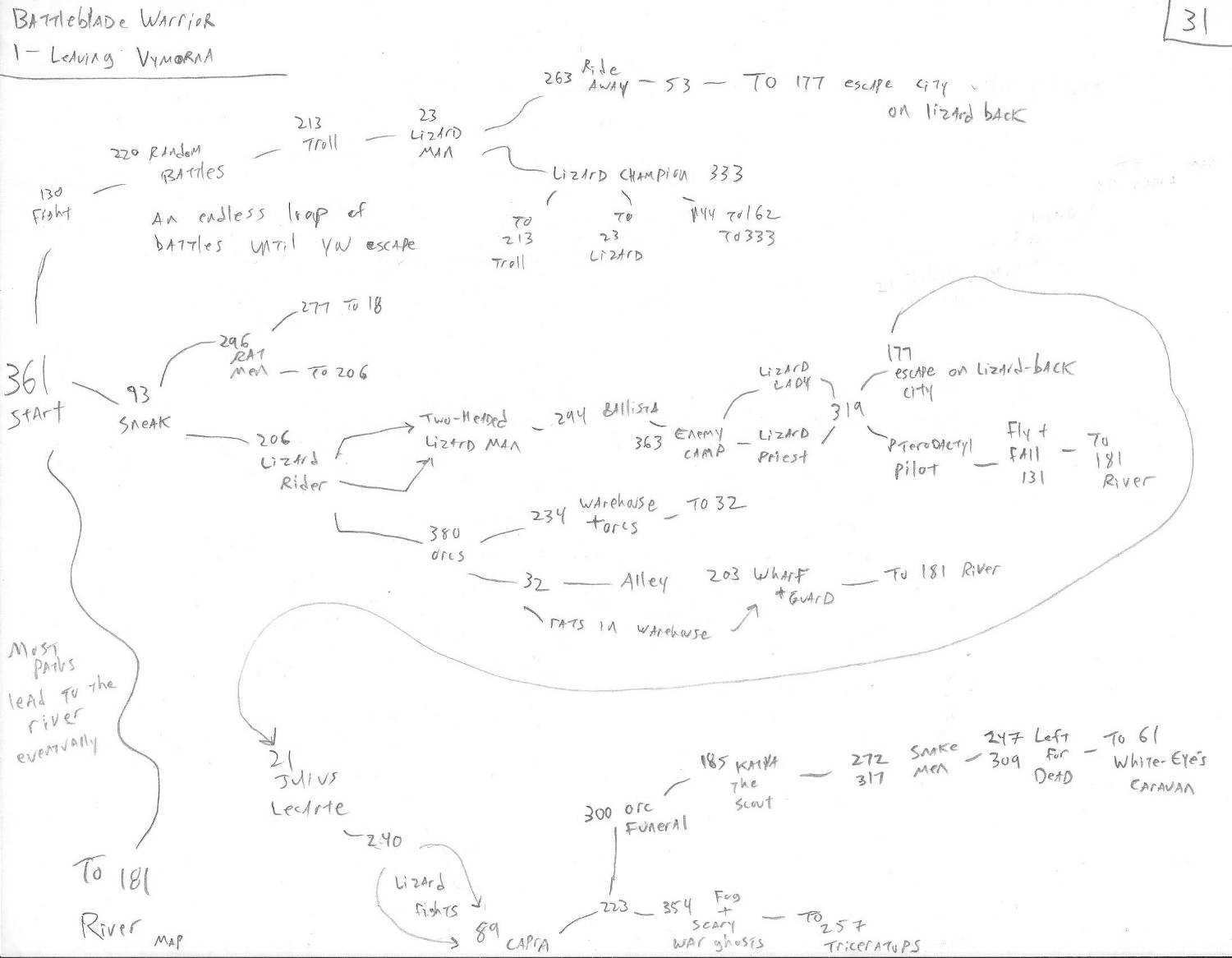 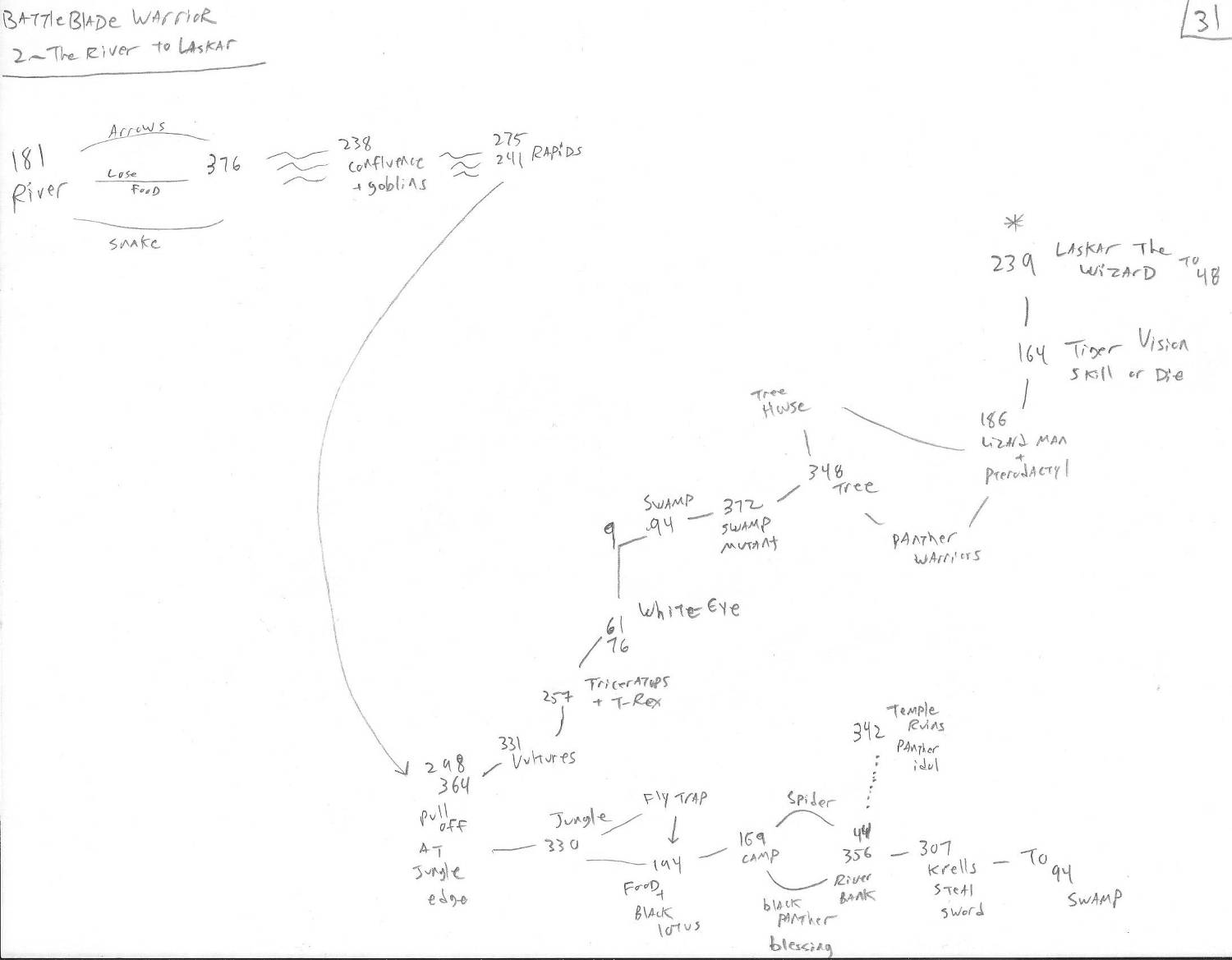 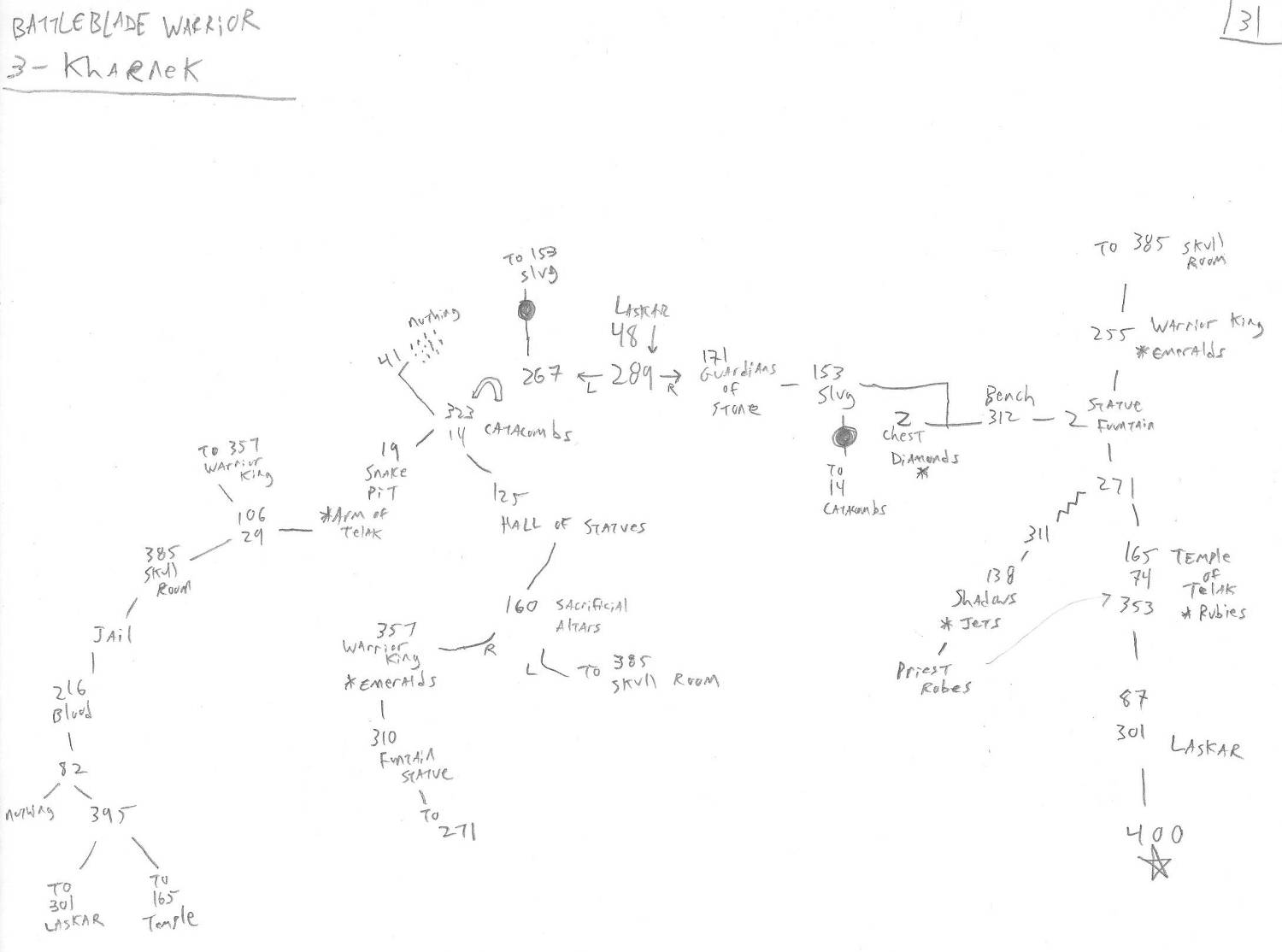 Book 31 in the series