Caverns of the Snow Witch 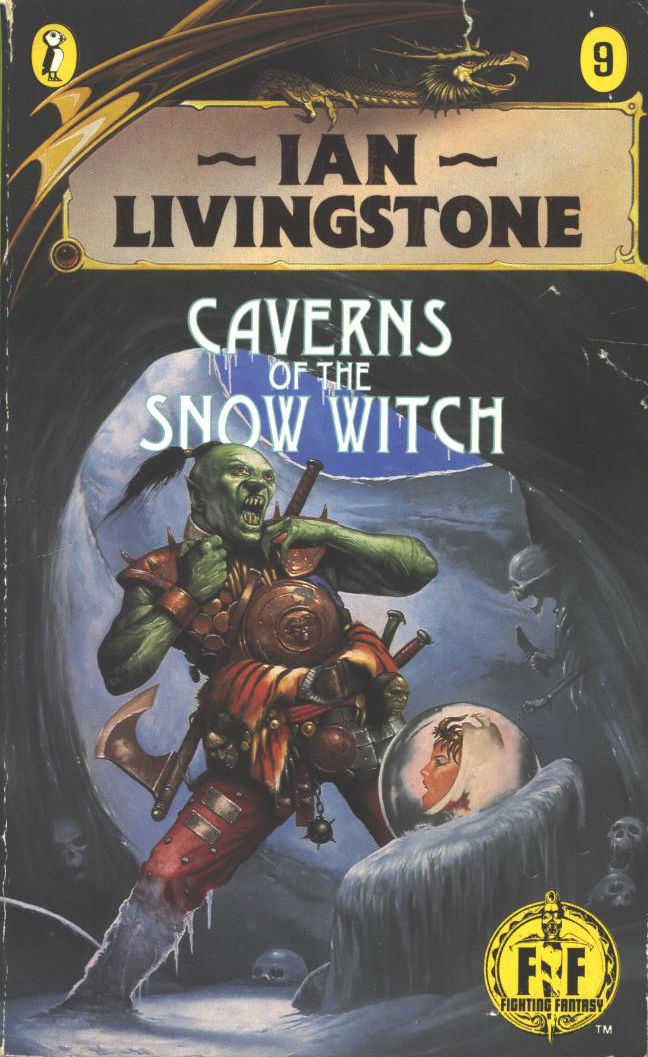 YOU become the animal control officer when your employer’s caravan is menaced by a vicious yeti. The job is simple: hike up the mountain and kill the yeti. And indeed, this is done in about 10 pages.

But then you hear that there’s a cave with a witch living in it. Being a brave adventurer at heart, you forget all about that reward waiting for you back at camp. It’s time for a good old-fashioned wizard hunt!

And when that’s over, the much longer and less interesting but far more lethal… walk home!

What a slog! This book has some serious game balance issues, and as far as I can tell is impossible to win if you play fairly, even with 12/24/12.

With a skill of 10 or less, you’ll get torn up and eat most of your provisions before you even enter the cavern. A luck of 12 plus a potion won’t last long either, as there are so many Test Your Luck rolls. As a cheat/workaround, I cheated by “heading back to camp” after the yeti, to collect my 50 gold and refill my food before heading into the cavern. As long as I had a skill of 11 or 12, this at least put me on even footing.

The cavern itself is a decent adventure, if brief. But the Snow Witch goes down in a couple of Test Your Luck rolls and not even a fight, then comes the real slog: walking home.

From here it’s not even a choose-your-path adventure but a straight line of chipping off luck and stamina, one vignette after another. But not for long, because 3 pages later even a 12/24/12 character will be worn down and fail a TYL-or-die, or one of the many mandatory test-your-skill rolls.

There’s a whole series of blog posts about repeatedly playing COTSW, even with severe cheating, and proving that it’s astronomically improbable that this book can be won even with only moderate cheating. And it wasn’t even that fun. 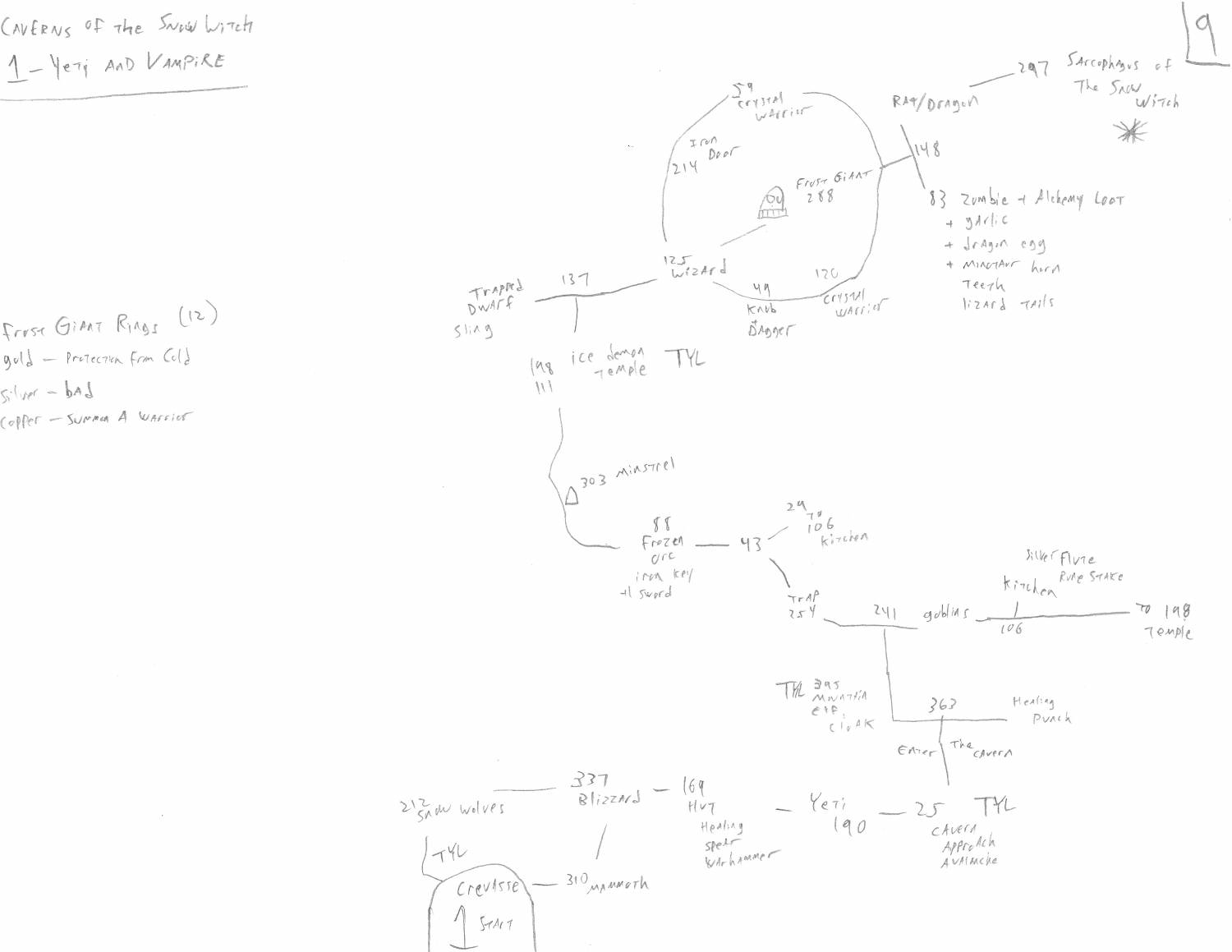 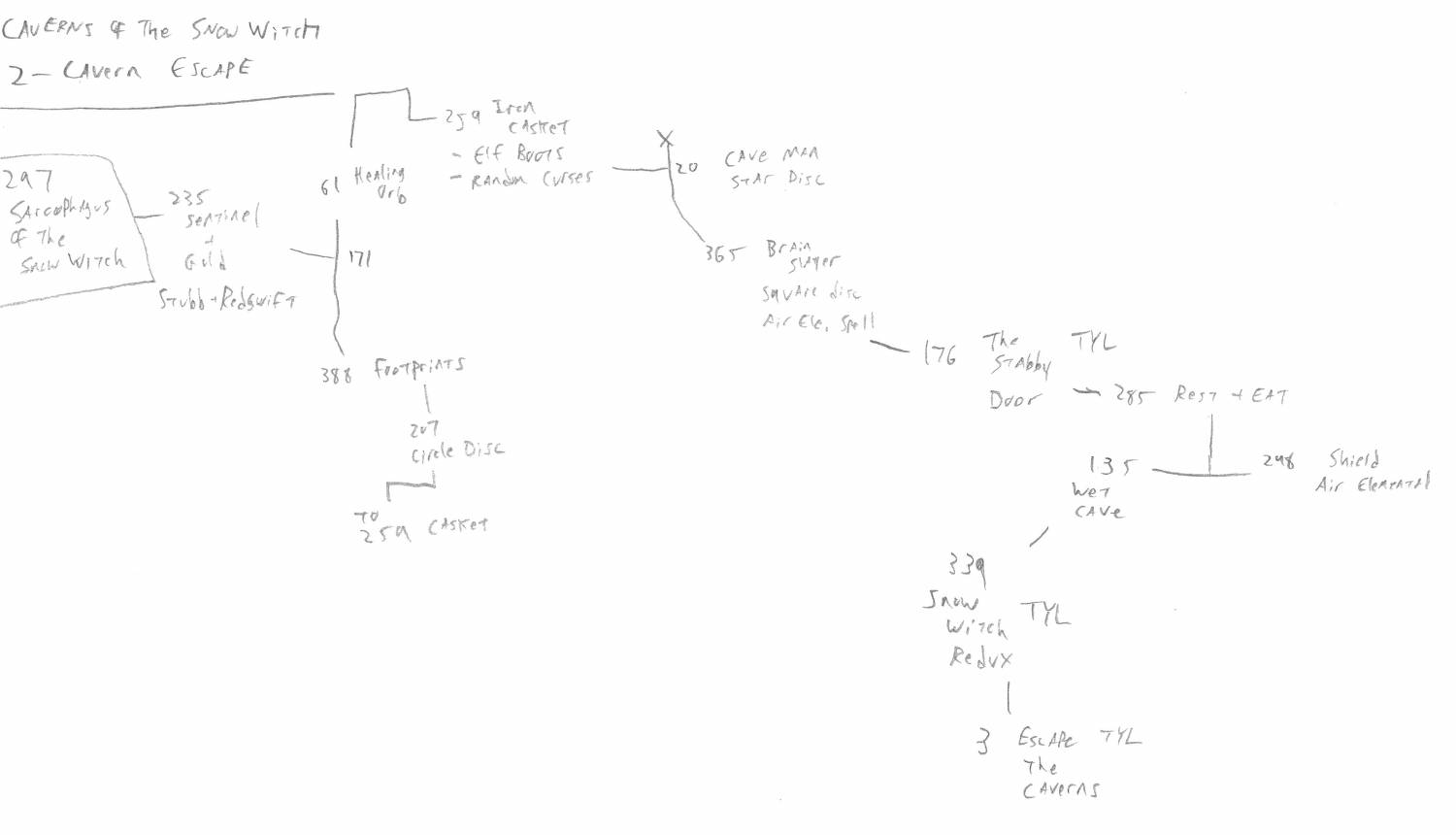 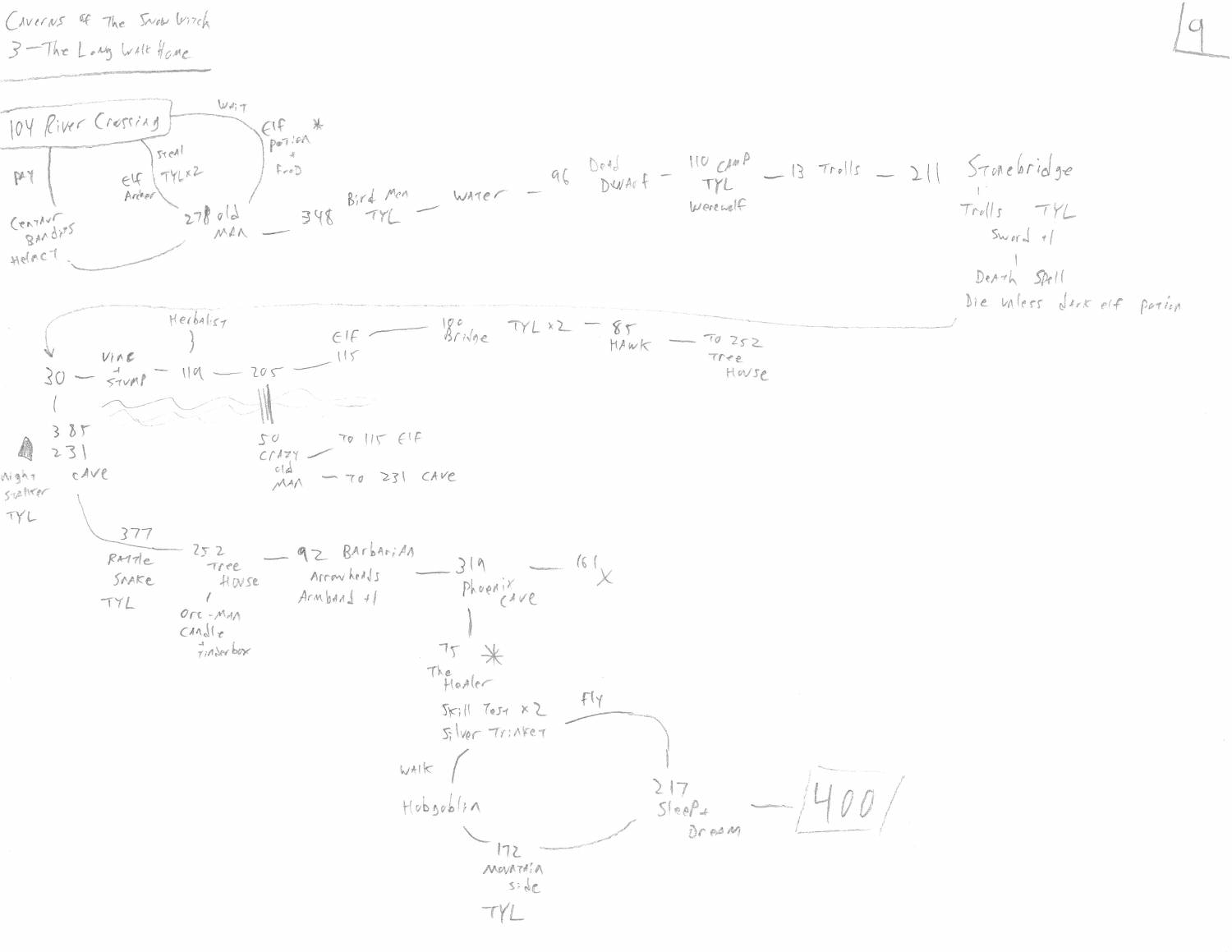