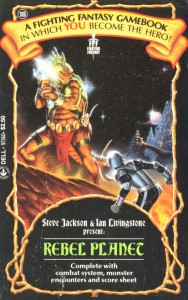 YOU become an operative of SAROS (Search And Research Of Space) assigned to visit the resistance movement on three planets, to collect a code that can set the human race free.

By the year 2453, humanity has developed interstellar travel and has colonized a few worlds… and has been conquered and enslaved by another species, the Arcadians.

Under Arcadian rule, humans are third-class citizens in some cases and slaves in others. Weapons and space travel are forbidden, and humans can be detained or killed for any reason.

But there is hope. It is discovered that the aliens are a hive mind, and that the “queen” is an organic computer on the planet Arcadion. Various rebel cells have collected pieces of the nine-digit code, and it’s your job to collect them and “deliver them” to the master computer on Arcadion. If you crack this one, the human race will be freed from their slavery.

This was my first FF book with a sci-fi theme, and it introduced some new mechanics. It was good, but not as great as some for some technical reasons.

First off, what I enjoyed.

A neat addition was the money system. You start off with 2000c and spend it on groceries, bribes, etc. If you’re required to spend money to progress but don’t have the money — you lose. That added a whole new element!

I did enjoy the sci-fi theme, even though it was goofy. I mean, a laser sword and a killer water heater? But I dig camp, so this goofiness was actually a bonus.

I had a few problems with it, though.

It introduces Unarmed Combat, when you don’t have your sword — but it doesn’t make any sense. When unarmed, you do not fight at any penalty, but rather a bonus: on a hit, you get a 1 in 6 chance of instantly incapacitating your opponent. Obviously, your first order of business would be to chuck the (illegal) sword and use those (awesome) fists! But no.

On Halmuris, there is exactly one path to success, and it involves a tedious combination of defeating a giant bird and then sweet-talking a shapeshifter. The bird kills you if it hits even once, and during a playthrough with a Skill of 8 (same as the bird) I re-ran the combat over 30 times before giving up and rolling up a new character. Then there’s a significant chance that it was all wasted if you don’t get the trinket back to the ground… This part was just annoying and tedious, and I felt contributed little.

Lastly was the binary code itself, the whole point of the game. One of the three digit-sequences was a “look at this picture and guess” puzzle with a very obtuse premise. Once you have all nine digits, Update: Thank you, Morphis, for pointing out that there is a significant clue, if you reveal yourself to the right contact.

Anyway, it was still a fun game and it kept me busy for 5 evenings. Not a bad return for an $8 investment! 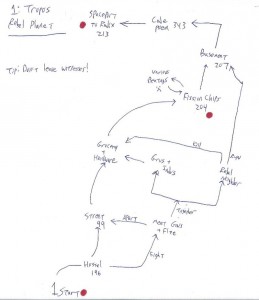 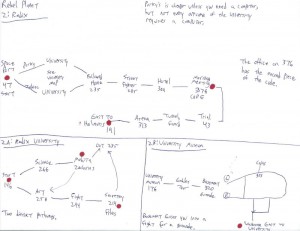 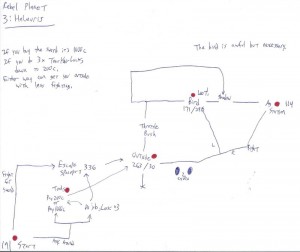 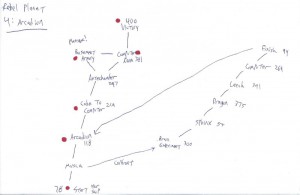 Book 18 in the series