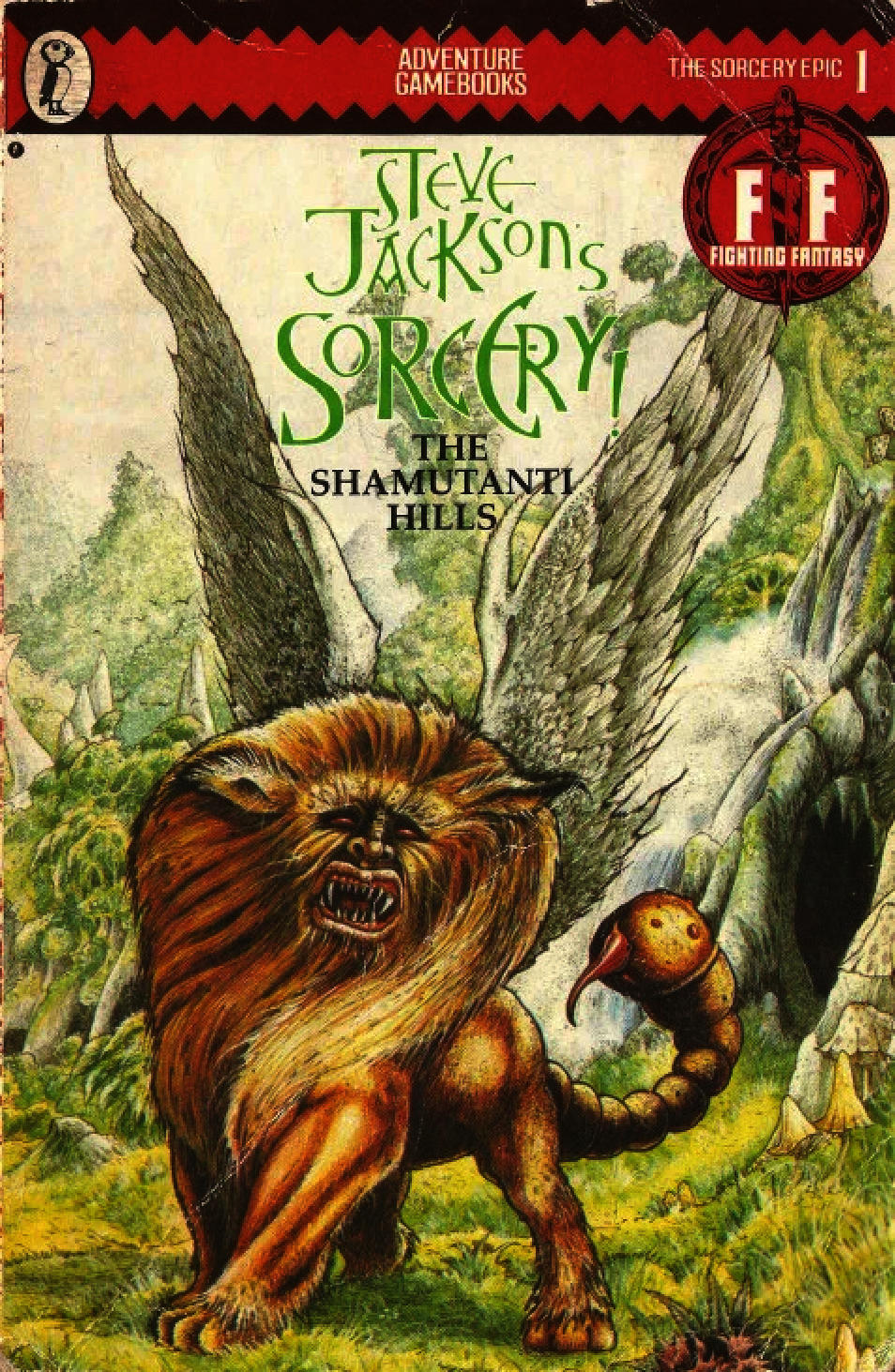 YOU become an extreme hiker across the land of Kakhabad.

The magical Crown of Kings grants prosperity and leadership to the king who wears it, and it’s been going great. (Thus the crown bearing the slogan “Make Kakhabad Great Again”)

But it all goes to pot when the crown falls into the hands of a king who would use it to raise an army and start enslaving and killing everybody else. (I guess the definition of “great” is open to interpretation.)

The four books of the series are the four geographic regions you cross, as you walk from one end of the kingdom to the other.

Your noble quest in this first installment is merely to survive across the Shamutanti Hills and find your way toward the city of Khare. No wizard to kill and no treasure to loot — just stay hydrated and carb-loaded, and try not to get eaten by wolves.

It won’t be a popular opinion, but frankly I thought this was a boring slog. The adventure is walking from one village to the next, usually with nothing happening except having food stolen or being attacked by wild animals in the night.

I’ll grant that it’s different, a gamebook that’s oriented not around an adventure nor finding treasure nor solving puzzles, but merely wondering whether the food will last. Sounds exciting, but it just fell flat for me. 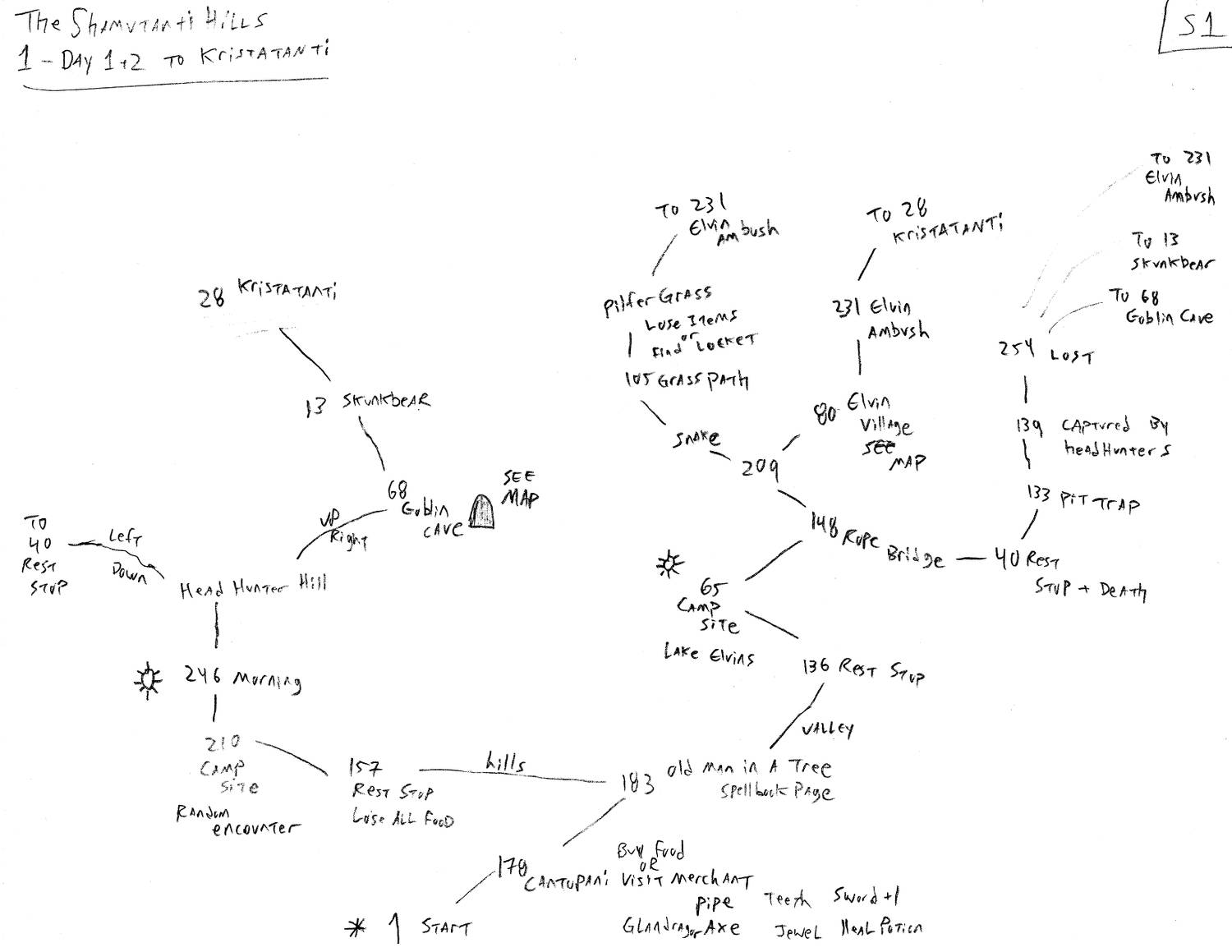 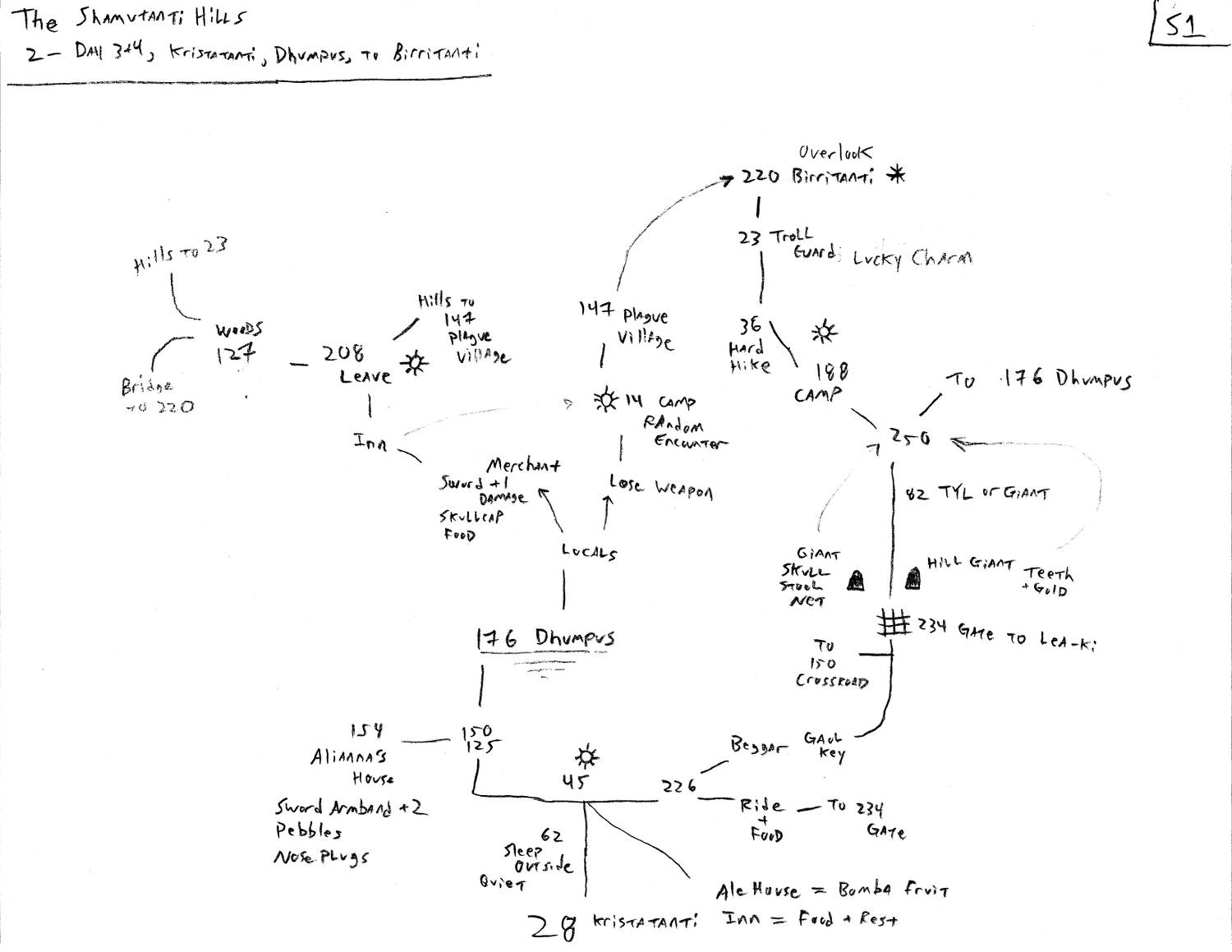 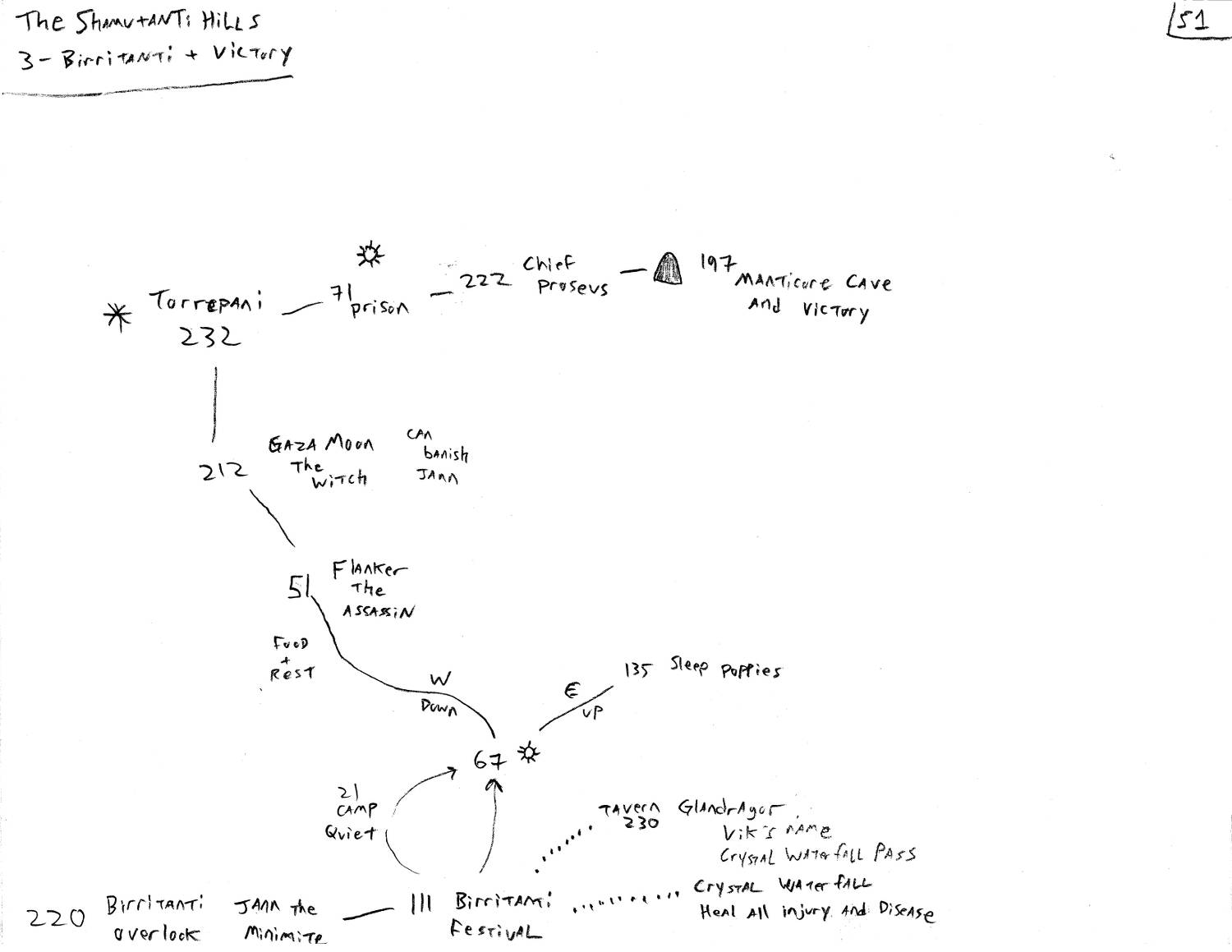 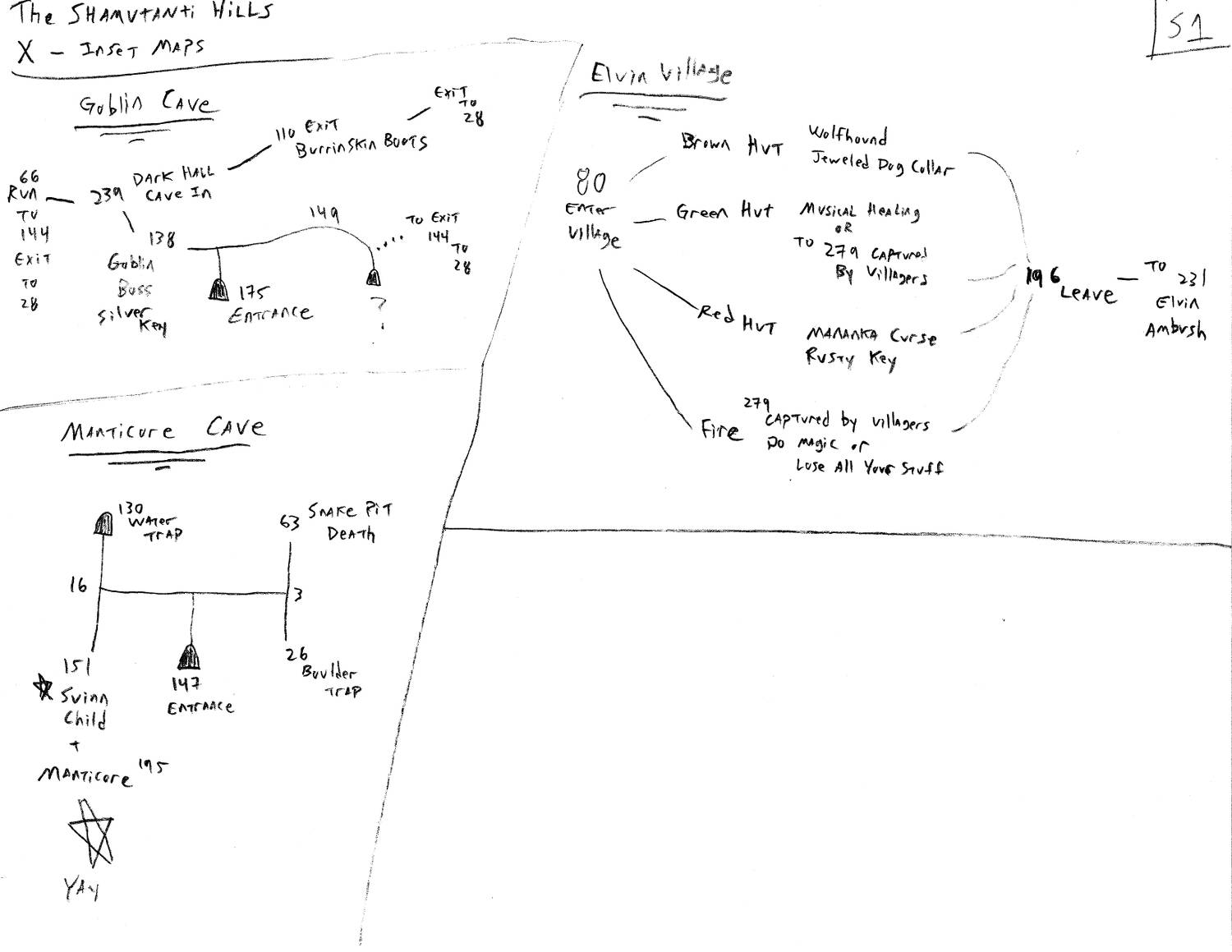