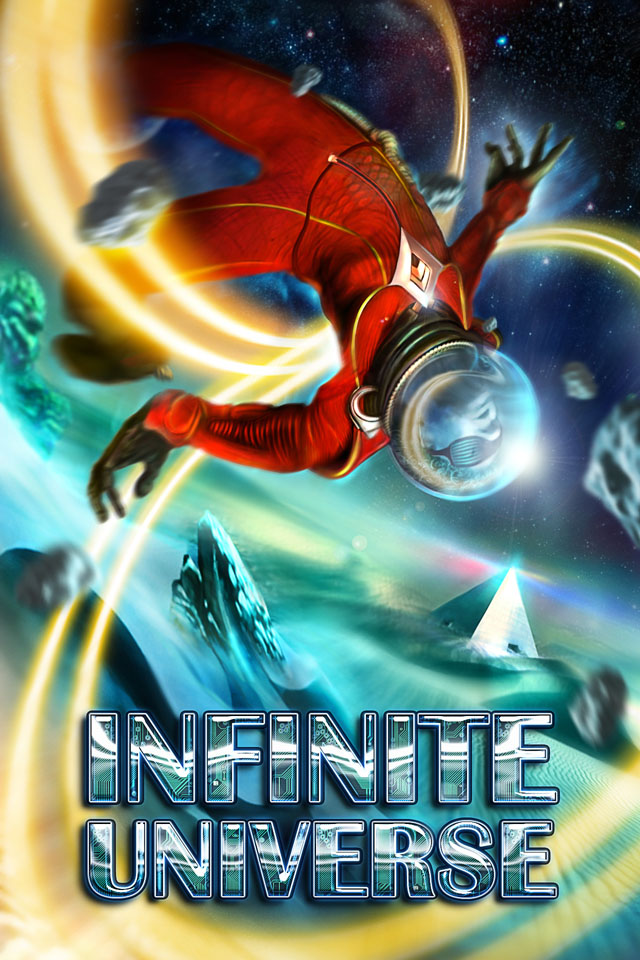 YOU become the chosen prophesied one … Yes, really. Stop laughing!

The earth government of the galaxy has pulled you 1,000 years into the future, to track down and eliminate the leader of a separatist freedom-fighting organization. Sorry, I meant terrorists. I think. It’s so hard to tell the difference.

Why don’t they just use their own cops and tanks? Because the oracle said that this late-20th century nerd who plays adventure books, is their only hope. Stop laughing…

Okay, no, that really is silly, go ahead and laugh. I am.

Get jacked up on skillsoft brain upgrades! Get blown into space by explosive decompression! Read 20 pages of expository monologue at a time! Go back in time to participate in your own mysterious disapearance and being “recruited” into the future! Use stimsim to play D&D as a teambuilding exercise. And eventually, figure out where the guy is hiding because that tidbit is the only evidence in your favor… at your treason trial.

Infinite Universe was a fun difference from other GA offerings, with a sci-fi adventure. The settings felt real and varied: a “retro” office that’s just an office, teleporters, the airport and spaceflight, the space elevator, the time travel to the desert… Well, not the Dungeons and Dragons virtual LARP; that part was kind of WTF.

The writing has some dark humor in it, which really appeals to me. But the writing also was a bit heavy on the exposition side, and on repeating information already presented, and on fourth-wall breaks describing the game rules. As such, parts of the writing lagged a bit.

Still, it was a fun adventure.

I had a problem that none of the healing kits would ever appear in my inventory. Not the ones I picked up at the university, and not the one I bought in the airport. They just never happened.

There seems to be no place to spend skill points, though you are awarded them in the game, and the skill-selection page does imply that you can spend them. 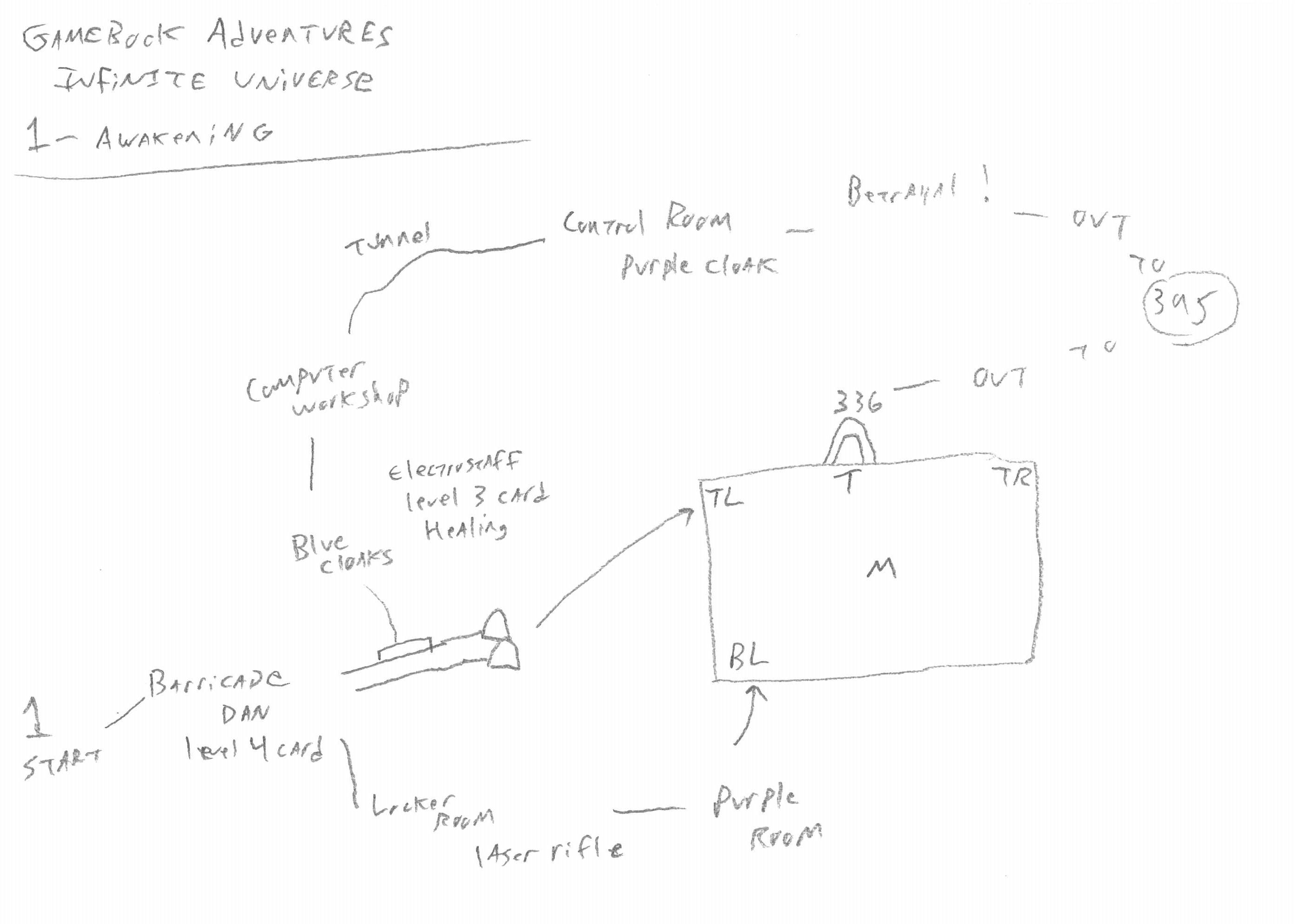 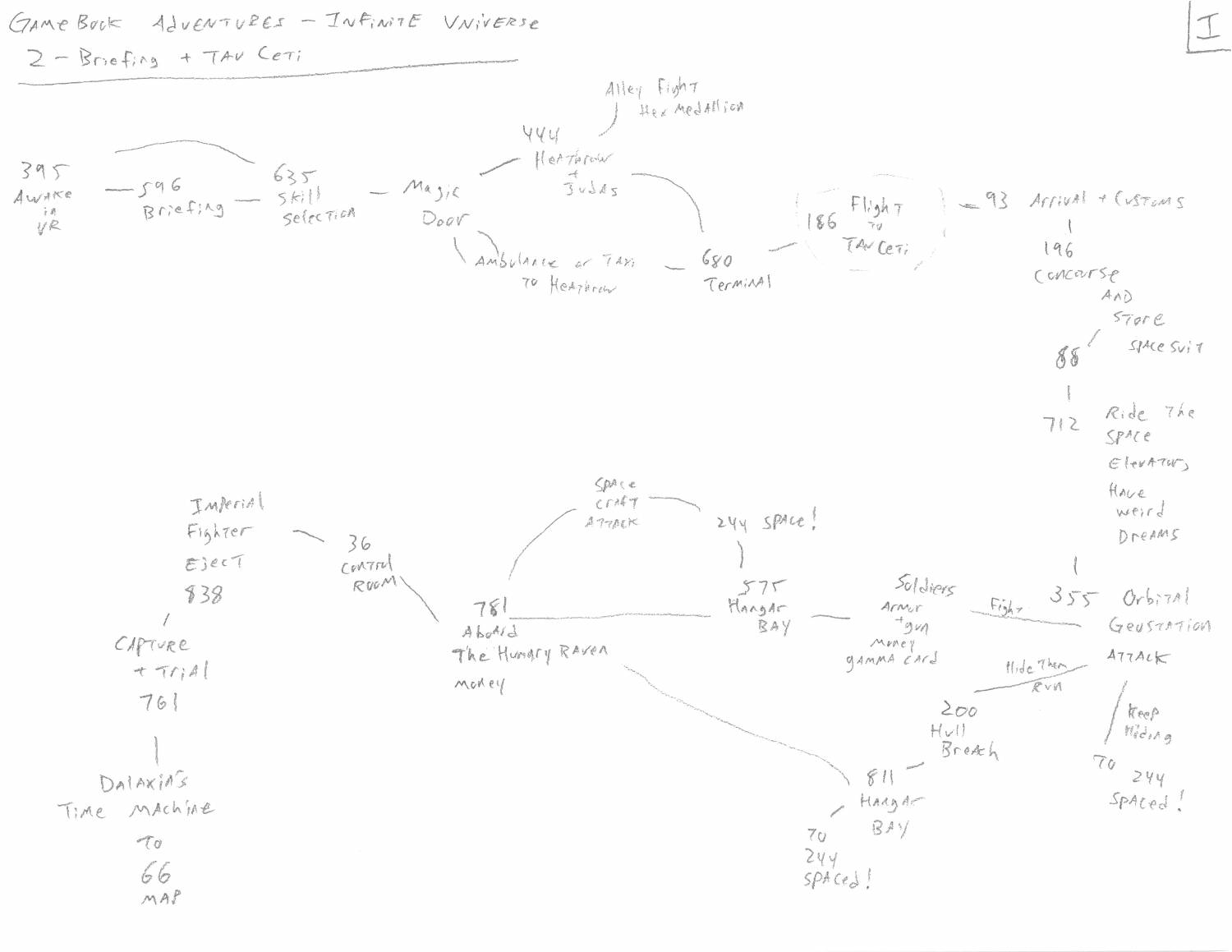 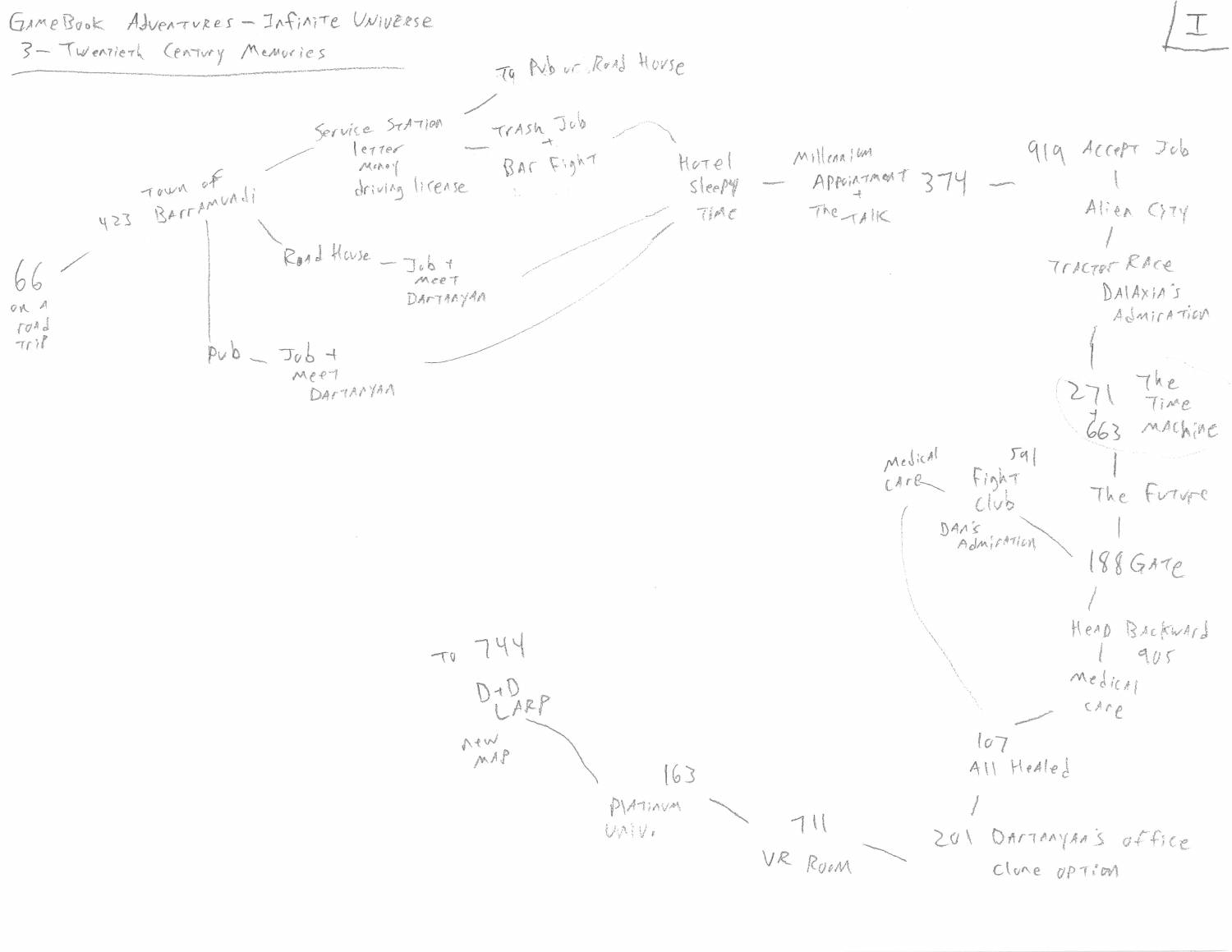 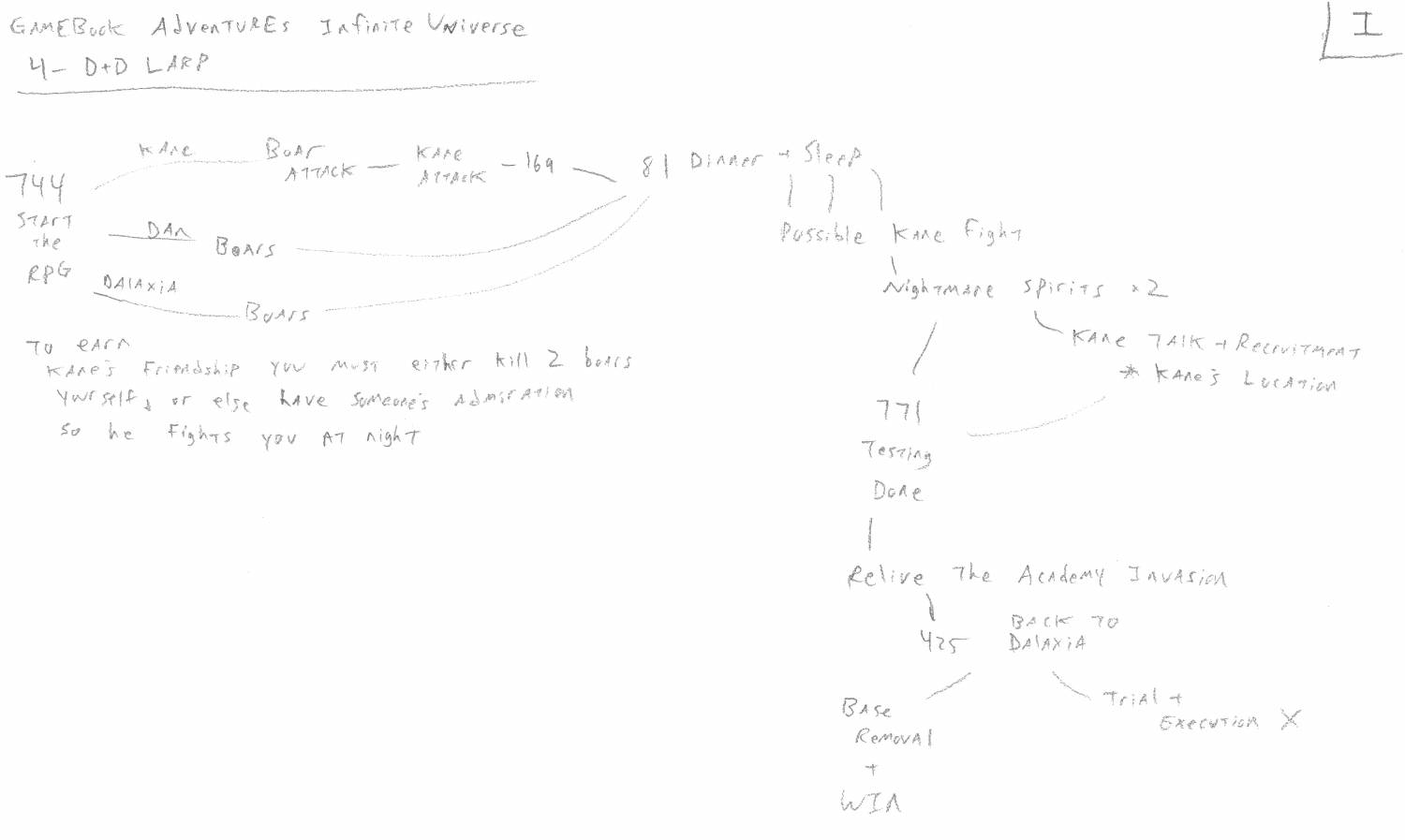