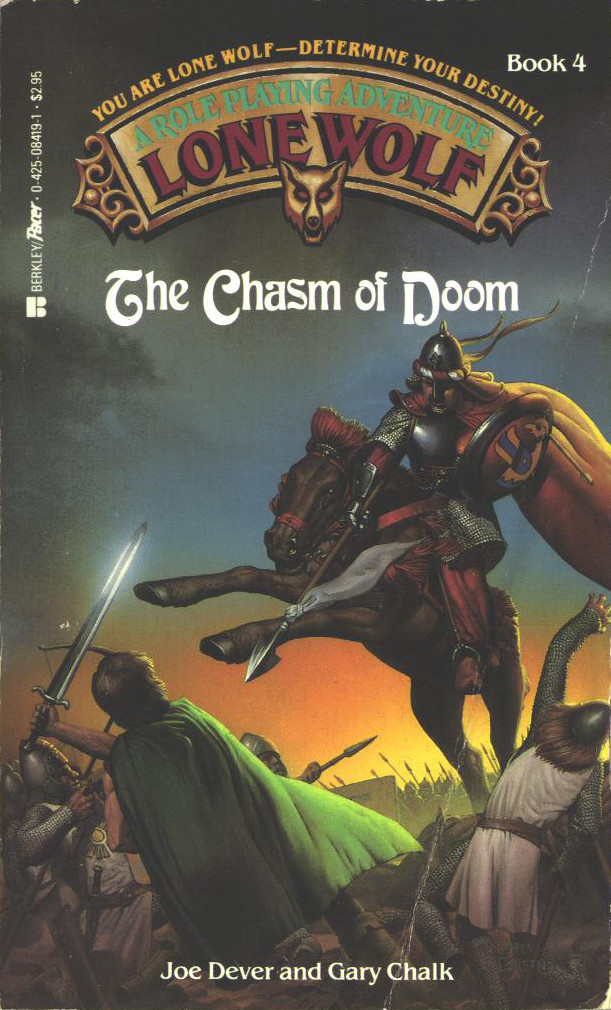 YOU become a noble hunting for gold. When a shipment of gold goes missing, the king sent in the army but they never came back. What do you do then? Send Lone Wolf.

You and a score of feckless redshirts head south to Ruanon, and along the way are ambushed repeatedly by bandits who seem more organized and better armed than is typical of highwaymen. When you make it to Ruanon as the sole survivor, you find a burned-down city with a few soldiers withstanding siege… not from bandits, but from an army equipped for all-out war.

But wait, there’s more! The baron informs you that the warlord causing all this mess, means to resurrect Lord Vashna (Magnamund’s copyright-free equivalent of Sauron) to bring a whole new wave of war and destruction across the land.

Another good, solid adventure. At first the plot seems paltry: instead of saving the world from an over-reaching evil, you’re trying to find stolen gold. But it seems suspicious that the bandits are very well armed, and attacking in very large bands, and have real soldiers among them. Then comes the eponymous chasm, where someone really is trying to ruin the world by resurrecting Sauron’s less-famous brother Vashna.

Again, Joe’s maps show a lot of complexity with many different and equally valid paths, if you have the Kai disciplines and the dice-luck to make it through. As with Caverns of Kalte, there are several paths to The Mines and through them, which change the experience every time and make it a joy to replay 10 times trying to win. (specially when your character dies, so you start over with a newb: 5 skills, no Sommerswerd, etc.)

As with the previous books, I am dubious that one could win with minimal stats (10 combat and 20 endurance). At Ruanon you are forced into a lot of back-to-back fighting where even the Healing skill wouldn’t keep up with losses, and the final boss fight with Barraka would be nearly impossible to win with lower-end combat strength (if you didn’t have the “I win” item). But aside from that on claim, I still rate this as a fairly balanced adventure and a very good time.

In 101 you can cross the river to take a west-bound tunnel. When you get to the tunnel, it’s west-bound. That’s trivial though, not affecting gameplay.

On 200 you’re asked if you’ve ever been to Gorn Grove. I’m not sure if this is an error, but having mapped out all four books extensively I don’t see any Gorn Grove. Ideas? 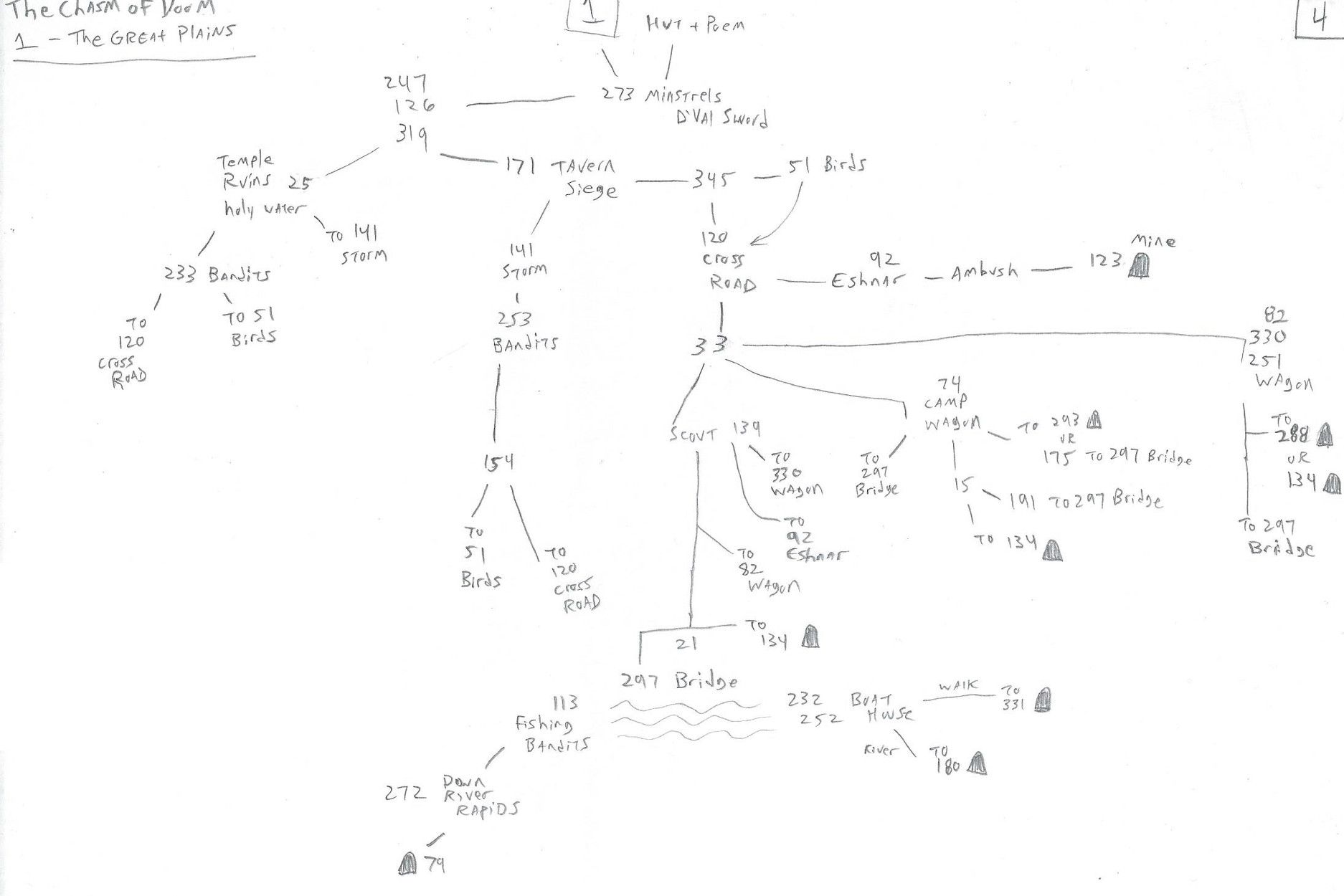 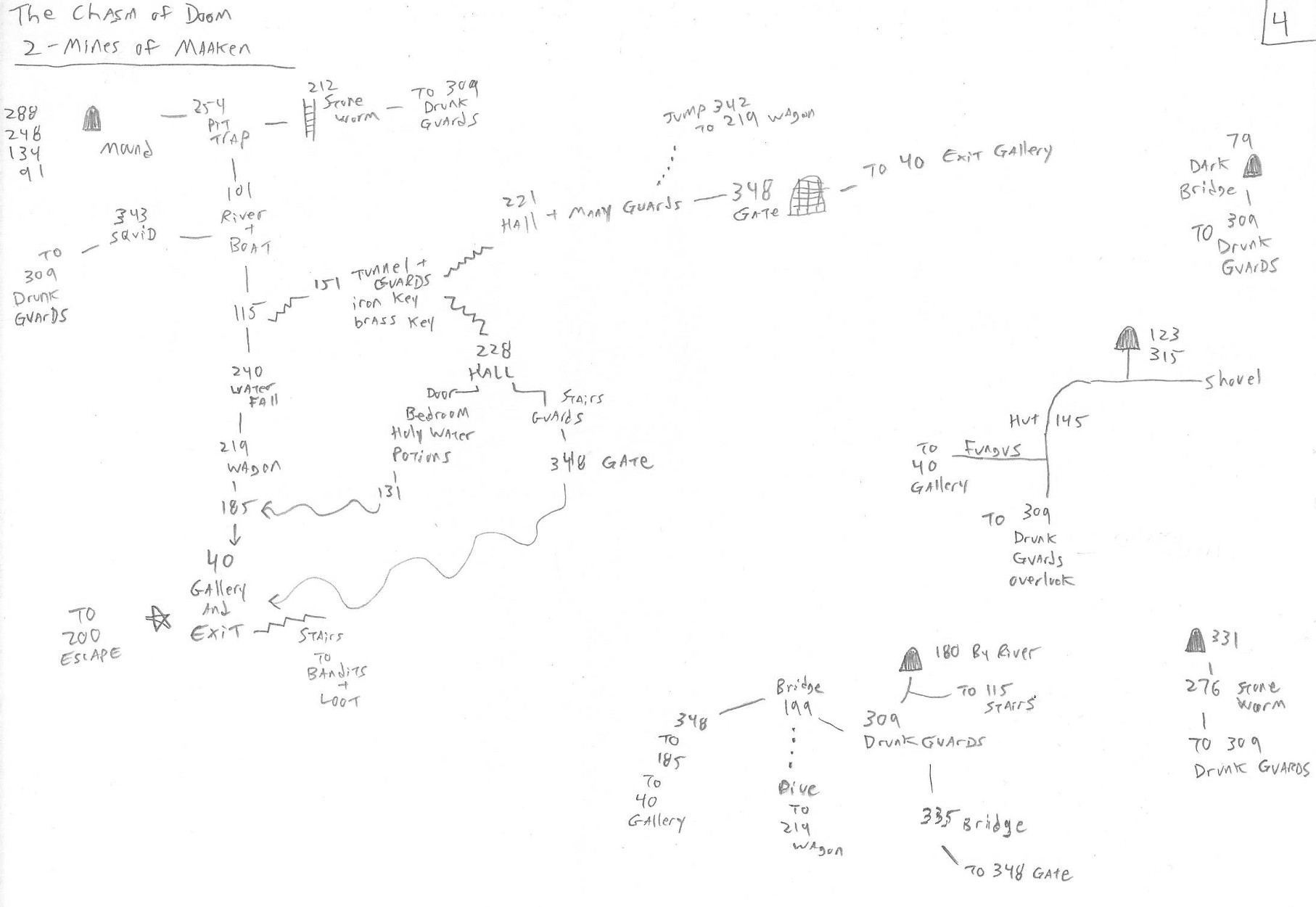 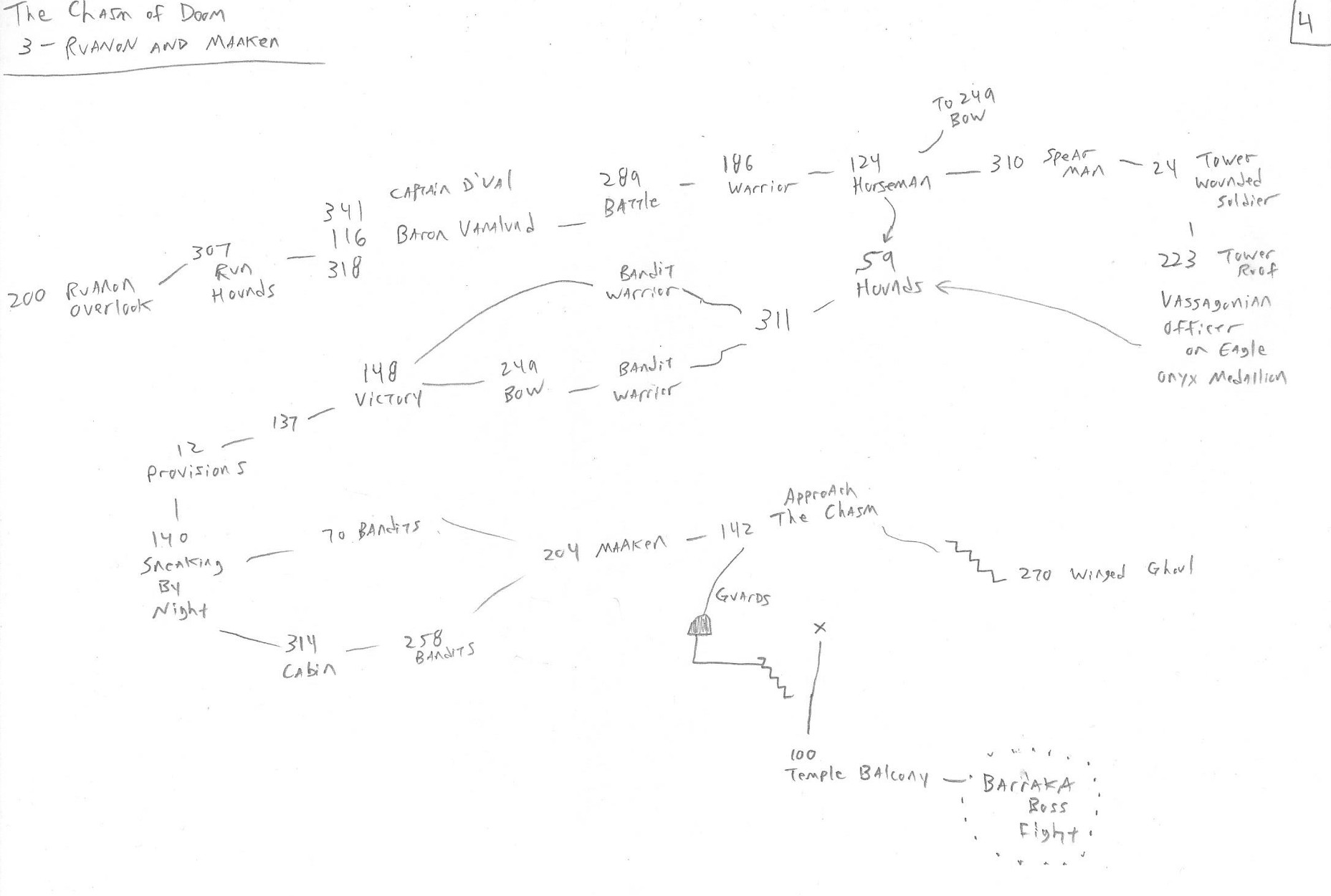