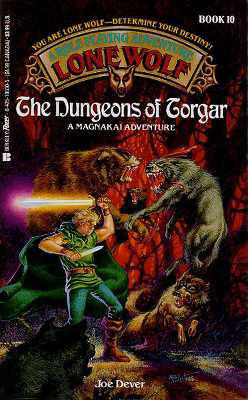 YOU continue your quest for the Lorestones. Darklord Gnaag appeared at the end of book 9, saying that he has the last three stones. Later reports indicated that they are in the fortress of Torgar, where Darklord wizards are attempting to de-magicalify them to stop Lone Wolf from getting any more powerful.

But the rest of the land has their own problems: the Darklords’ full-scale invasion has continued, and although they have been pushed back toward the border, the war is far from over, and the Darklords have brought more wizards into the fight. As much as the local kings would love to help Lone Wolf, they really need Lone Wolf to join up for some good ol’ fighting in the army before he can even get into Torgar.

Fortunately, the last three Lorestones are all in one place, so this next stop could be the end of Lone Wolf’s quest… right?

My first taste of it was a bit clouded, because I happened to choose the easiest path through the book, simply out of sheer, dumb luck. Go here, meet them, walk here, and one guard, and… Runestones. Done! So on my first playthrough, my impression was that it was far too small for a LW book.

On my later plays to discover the rest of the book, I found a lot more to it, but also that the other two paths involve pre-boss fights that are on the edge of what could possibly be won, and with low probability: Ziran and Baron Shinzar and Demonlord Tagazin have CSs in the mid-40s, and 50 endurance, making it far-fetched to beat them.

What I did like, was that there was finally an attempt to balance out the gameplay. Having the +8 Sommerswerd and 8 superpowers meant that virtually every battle other than these 3 boss fights, were usually 1-2 dice rolls until I got a 8, 9, or 0 for an instant “K”. For the last 3 books I’ve felt like a steamroller, or the Angel of Death, in book 10 it finally asks “Do you have the Sommerswerd?” and if so gives you a much tougher fight, or if not then gives an easier enemy and//or a way out. So, I do appreciate that.

The story itself, again very deep and atmospheric, as far as feeling like I’m in a war zone. Lone Wolf is expected to scout, to ride cavalry, to rally the reinforcements, and maybe if there’s time, find his way into the tower and look for the ‘Stones. The war has very much felt like an integral part of books 9 and 10, not just a paragraph in the foreword.

And lastly, the ending of book 10… just, wow. No spoilers here, just to say that I’ll be starting 11 in a moment. 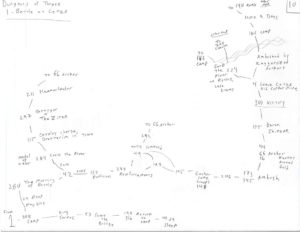 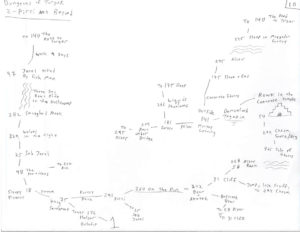 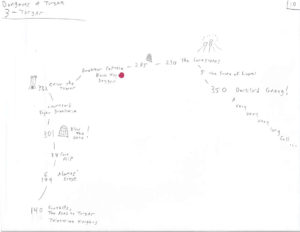