The Jungle of Horrors 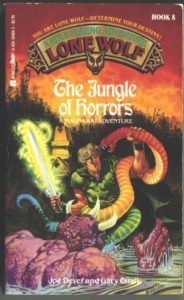 YOU continue being the hero. Only a few days after the events in Castle Death, the wizards inform you that they know the location of the next Lorestone — the Danarg Swamp. Way back a bajillion years ago, the Danarg Swamp was a beautiful place. But you know, eight thousand years is a long time and the Danarg has been a pestilent and evil place for most of recorded history.

The swamp isn’t the greatest problem either. The evil baddies of Helgedad are united under a new Darklord, and another all-out war is brewing.

The story is “more of the same” in a few ways: another invading army from Helgedad as a backdrop, and another quest for a Lorestone in order to legitimize and empower Lone Wolf. Nonetheless, it’s a decent adventure, full of surprises and areas to discover, and with a few magical items that I suspect will be relevant in future books.

In this one, Lone Wolf even has a companion: a combat mage named Paido. Unlike many gamebook companions, this one is a valuable asset during the game, and survives to the end! Though he does get abducted at the end, and it’s not certain whether we will see him again.

All in all, a decent adventure but not one that really struck a chord with me. 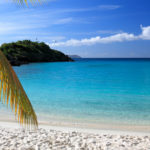 Why can’t a Lorestone be somewhere nice, like a beach in Hawai’i? Well, because then book 8 would be “The Beaches of Warm Sand” and I guess that just wouldn’t be exciting. Still, a Kai can hope…

There are a few linkage errors, one of them pretty bad.

On 318 you have an option to head east to see a fortune teller… or to help Paido fight off attackers on a boat. The other option should be “To continue north toward Tharro, turn to 280”.

On 218 in the barge tavern, the option to intercede in the brawl should be 253, and not 235. This is the same no matter which of the 3 drinks you take. 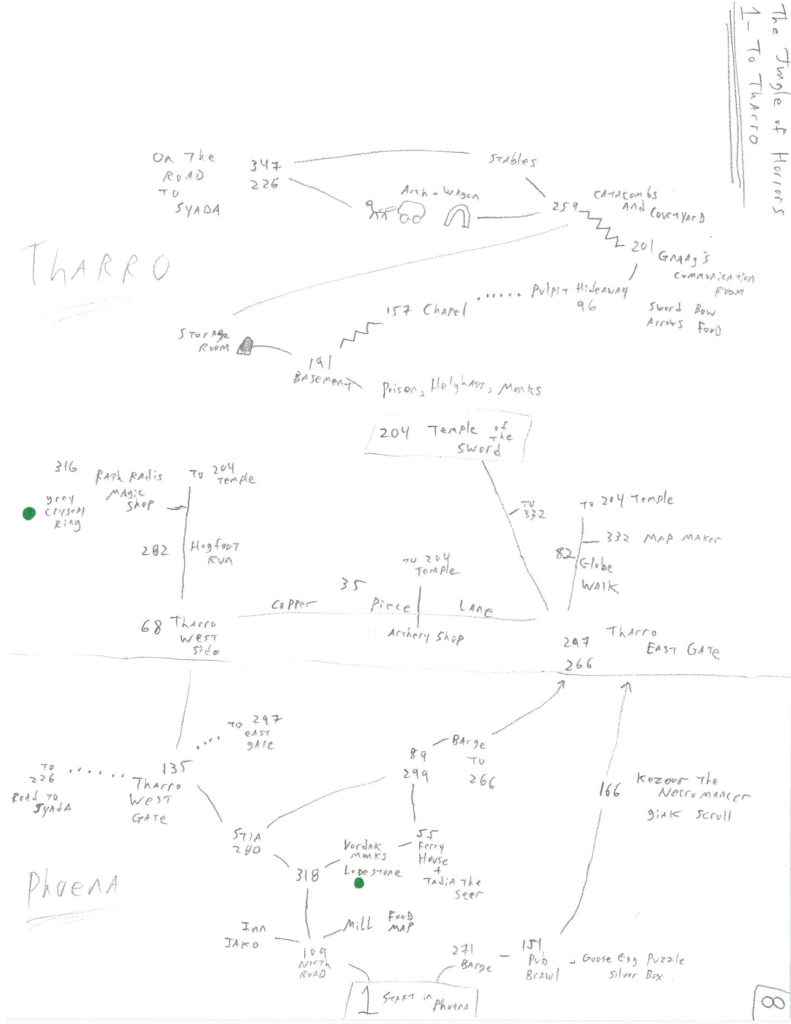 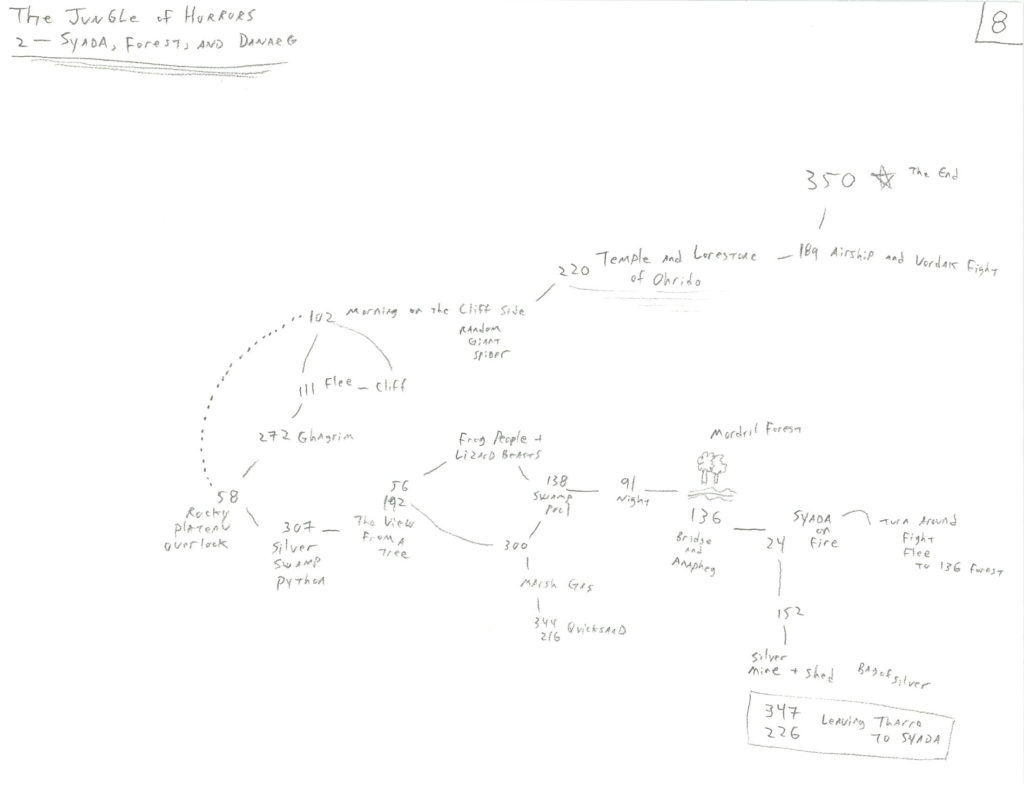