You Are Not Deadpool 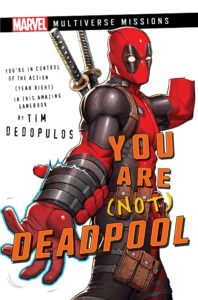 YOU become the sidekick …when a heavily-armed weirdo dude in a red suit accosts you in Central Park. Deadpool has been given a job to find alien weapons that are being smuggled and potentially sold to gangs, and he wants YOU to help — not really for the butt-kicking or the super-heroing, but to add some randomness to his (apparently) too predictable reactions.

Cram yourself into his awful rental car and get to searching New York, and try to save the world. But don’t call yourself the hero; that’s his job.

No, you can’t touch the swords.

As a book, it’s wonderful. It’s goofy and snarky and crazy, and a riot of fun. I <3 Deadpool. Tim’s writing is pretty great, engaging and fun, with lots of action.

As a game, it’s okay I guess. Unlike most game books, there is every incentive to open every single door. Almost every path has a bonus and very few have any drawbacks, and all of them end up connecting to the other path anyway so you’re not really choosing either-or but which-first. So again, racking up the bonuses happens too easily even on a naive playthrough. Having gotten your stats from a humble 3 to a hefty 8 within a few pages, the rest of the book seems calibrated toward your initial scores of 3. We have played it a few times and only failed two attribute tests and four rounds of combat (and zero fights) in all that time, because our stats were 8-9 so making a 12 with 2d6+Merc is virtually guaranteed. So as a game, it’s all too easy and you’ll only lose by finding the wrong path and not by having low stats.

BUT… Back to my original point, is that as a book and an experience, You Are Not Deadpool is hilarious and fun! There’s snarky humor, lots of senseless violence, and a variety of puzzles and mini-games. The writing covers scenes as diverse as New York City’s subways, alien-inhabited caves in Vermont (I had just finished reading Whisperer in Darkness, the timing was awesome), casinos, and more. And a super fan stabs Deadpool in the face!

The circuit board puzzle on 163, where you follow a path of numbers, their answer is wrong or there’s more than one path through it. The path we found adds up to 179, which makes 278 as the final page, which is wrong. The solution is on 265. 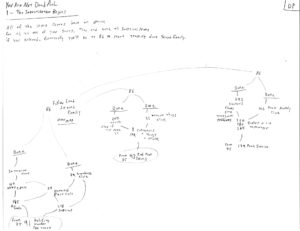 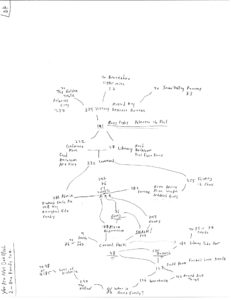 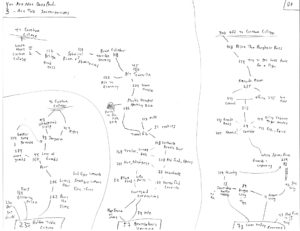 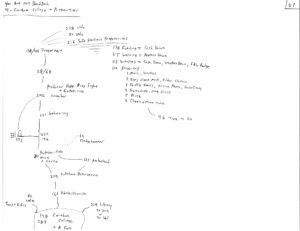 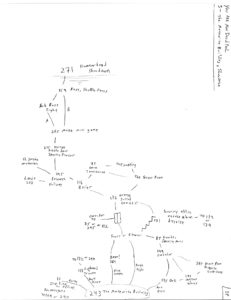