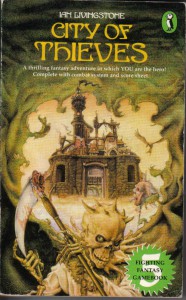 YOU become a complete bastard, breaking into peoples’ homes, killing them for their pocket change, accosting old ladies in the sewer, and getting silly facial tattoos.

Because Zanbar Bone, a skeleton with a horde of undead at his command, is demanding human tribute from the town of Silverton. (he’s a skeleton named Bone? seriously?)

Sometimes, being a hero and saving a town, means being a not very nice person.

This one was a rockin’ good time. Right on page one I’m arrested and have to break out of jail. I got eaten by a giant centipede, got beaten to death by thugs, fought a mummy, and was attacked by birds. I even got a really stupid facial tattoo cuz some senile wizard told me to!

Like a lot of the earlier ones, I finished it in two evenings and didn’t find it terribly difficult. The combat was mostly easy, except for a few times. My first playthrough had a Skill of 7, but I still plotted out a lot of Port Blacksand and had a good time. Most of the fun was just the scavenger hunt through the famous Port Blacksand… and getting a facial tattoo just moments before being kicked out of the city.

The boss fight wasn’t even a usual Skill 12 / Stamina 20 fight, but simply a Test Your Luck. That’s a bit goofy that firing an arrow on which the whole adventure hinges, is a single TYL and not even a Skill roll to back it up but… I did make it, though. (I rolled an 11 and had a Luck of 11 – whew!)

The book, like some early ones, is capricious in clarifying when a buff item increases your Skill as opposed to increasing your Combat Strength. Obviously a shield won’t increase your Skill with picking a lock or jumping a chasm, while elven jumping boots might. So, I used some judgment on when they meant Combat Strength versus Skill.

While scrambling up a tree, you’re told to drop your shield and take -1 Skill, though in most cases you don’t even have a shield. As I implied above, in this case I played it smart and didn’t lose a Skill point since I never had a shield anyway. 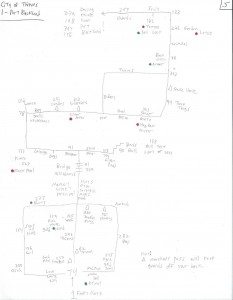 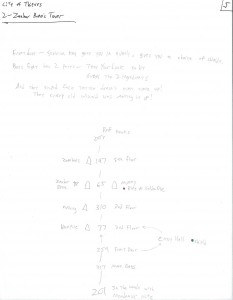 I don’t normally stop and admire artwork, but Iain McCaig’s work in City of Thieves was quite something. Check these out, just for a few. 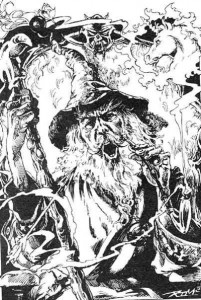 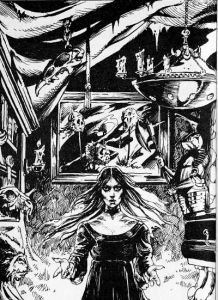