YOU become the monster in the dungeon, killing hapless intruders into your dungeon home and feasting on their flesh. In particular, you have a fondness for hobbit meat, especially still warm.

Your actions are random and thoughtless until you stumble across a vial of fog, the Vapor of Reason, and gain free will. Now you can choose your actions, but who are you and what are you doing? You’ll find that out after you find the Vapor of Tongues (language) and a secret door, to meet the master of the dungeon.

And then the real adventure begins, to destroy the wizard who created the abomination… that is YOU.

I’m torn on this one.

On the one hand, this is truly an epic undertaking.

Not only are you not The Hero but instead just another monster in the dungeon, at first. The quest seems to go on forever as you escape the dungeon, wander around the Knotoak Wood / Coven region looking for a purpose in life, then finally killing a wizard.

The dungeons and world are self-consistent as well: the paths and connections form a coherent whole instead of completely disparate paths with a few “funnels” to the next section. Whether you have the Magic Thing to continue the quest or not, you’re dumped into the same hallway or forest with the same paths, and you break out of it with secret “if you see X, subtract Y from the page number and turn there”mechanisms. This means that you can wander the map over large areas, eventually meeting some awful fate with no giveaways as to how you move forward. It’s really quite clever, very “next level”.

On the other hand, it was hard and frustrating and I couldn’t ever have won it without peeking at others’ walkthroughs.

There are so many hidden required bits, some buried in codes that take forever to decipher, and most of them so well hidden that you’ll never find them. The scroll has a clue to a mirror which you’ll only find if you ignore half of the puzzle which you’ll only hear if you have the ring but only if you met the half-orc, …

I’ve been working on this book for a month. No joke, five nights a week for a month. Eventually I would give up and peek at Champskees’ walkthrough to find the next step, then bang my head into the wall for another 3 or 5 nights.

It’s masterful in its execution. It’s epic in its scale. It’s intensely cerebral with little Skill 12 Boss fighting. I respect all of that. But ultimately, it was too smart for me.

There’s the infamous page 213 error, where Steve forgot to lead in with the right keywords to open the secret passage. A lot of folks try to rationalize it, but they’re wrong.

Weaseltongue’s poem about which door to choose, is nonsense. Only the first line is accurate, and the rest are misleading. 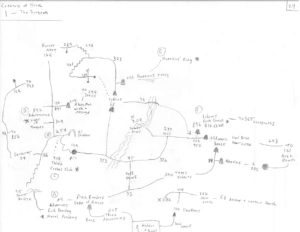 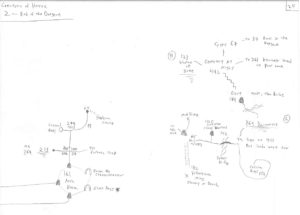 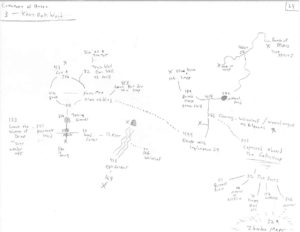 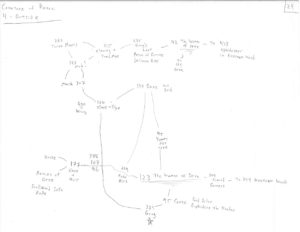 Book 24 in the series