Island of the Lizard King YOU become the hero of Oyster Bay. The prison of Fire Island was closed down officially, but the Lizard King who was contracted to run the prison, still means to turn a profit. And when there aren’t enough prisoners, Lizard Men raid the quiet town of Oyster Bay, kidnapping men to labor in the gold mines.

Join your old friend Mungo and save them, if you can!

Island of the Lizard King is a pretty solid adventure overall. The writing is pretty good, even if not among the richest and most atmospheric. I didn’t find any major bugs, broken puzzles, etc.

There’s a lot of combat, and with a Skill under 10 you have little hope of getting far. Even the second page of the adventure, fighting a giant crab or a band of pirates, tore me up several times until I rolled up a Skill of 10. Fortunately, a +2 sword and +1 shield are out there somewhere.

I highly recommend a luck potion, because there are spots of 2 – 3 Test Your Luck in a row and even a 12 will run low pretty quickly.

No new mechanics. No magic spells. A +2 sword and a pet monkey. Island of the Lizard King is basic, and that’s not a bad thing. Fighting Fantasy had definitely found their place here on book 7.

There are 2 spots which ask if you have a spear (a pig and a swamp creature) but I’ve brute-forced through the book and can’t find a spear anywhere. If you know where it is, leave a comment. 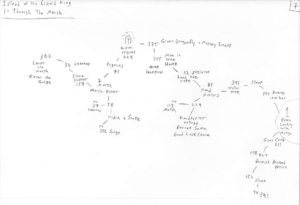 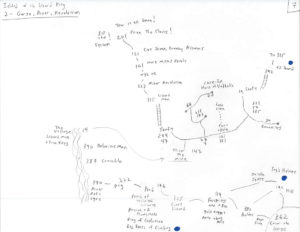 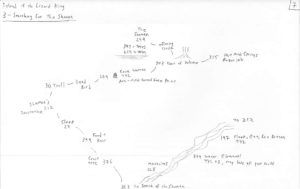 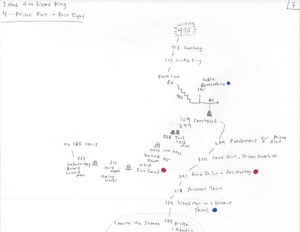