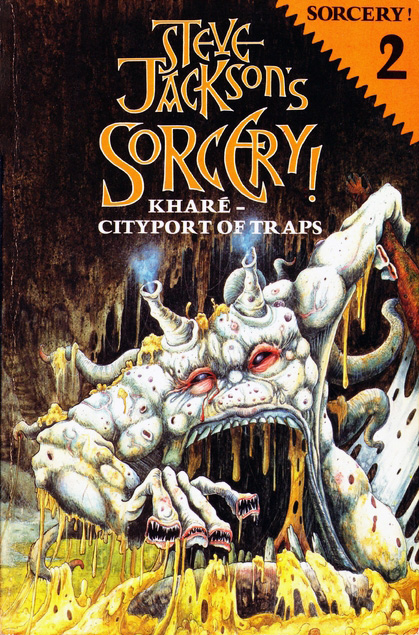 YOU continue your very long hike out of the Shamutanti Hills and into the infamous city of Khare. The way they describe it, sounds like Port Blacksand and Mos Eisley had a baby city, and raised it in Hell’s Kitchen.

You don’t even want to be here, but the local Chamber of Commerce has chosen to “improve resident retention” by keeping the North Gate locked to keep folks from leaving. So what should have been a simple walk across town, is instead a scavenger hunt for four lines of a poem/password/spell.

It’s a fun romp through a city of ill repute. In my plays, I suffered all sorts of ignominious twists and turns. I drank too much and got shanghaied, then had to name-drop to get free. I bought a moldy piece of cheese from a Treasure Claw machine for 2 gold pieces (eew), and had my pocket picked, and danced so hard I lost stamina. I got eaten by a mantis man (those are real?!?). I stole gold from a golem and made out with an idol. I crawled through sewers and graveyards. I got ripped off by merchants selling garbage. And of course… I got to the North Gate at the end, and didn’t have the complete spell.

And as a Brave Hero with a Very Important Quest, I had to do a few things I’m not so proud of. Beating Cthulhu to death in his own kitchen so I could steal his stuff. Using magic to rig a fight that I had bet on, cuz I needed the money. Sometimes being a hero means not being very heroic.

Nice place. I think I’ll come back for vacation once my quest is done.

Aside from a couple of puzzles that didn’t make sense to me, really it was a fun time. Then again, I was playing with a Skill of 9 then +3 when using a sword in combat, so thugs and thieves were more a nuisance than a danger.

At the festival (244) you may run into Vik. He can lead you to Lortag the Elder, who comes earlier in the city before the festival. Thus, it is possible to go back to the festival. Since the book doesn’t specifically say not to, one could in theory run the fighting match repeatedly and farm gold. 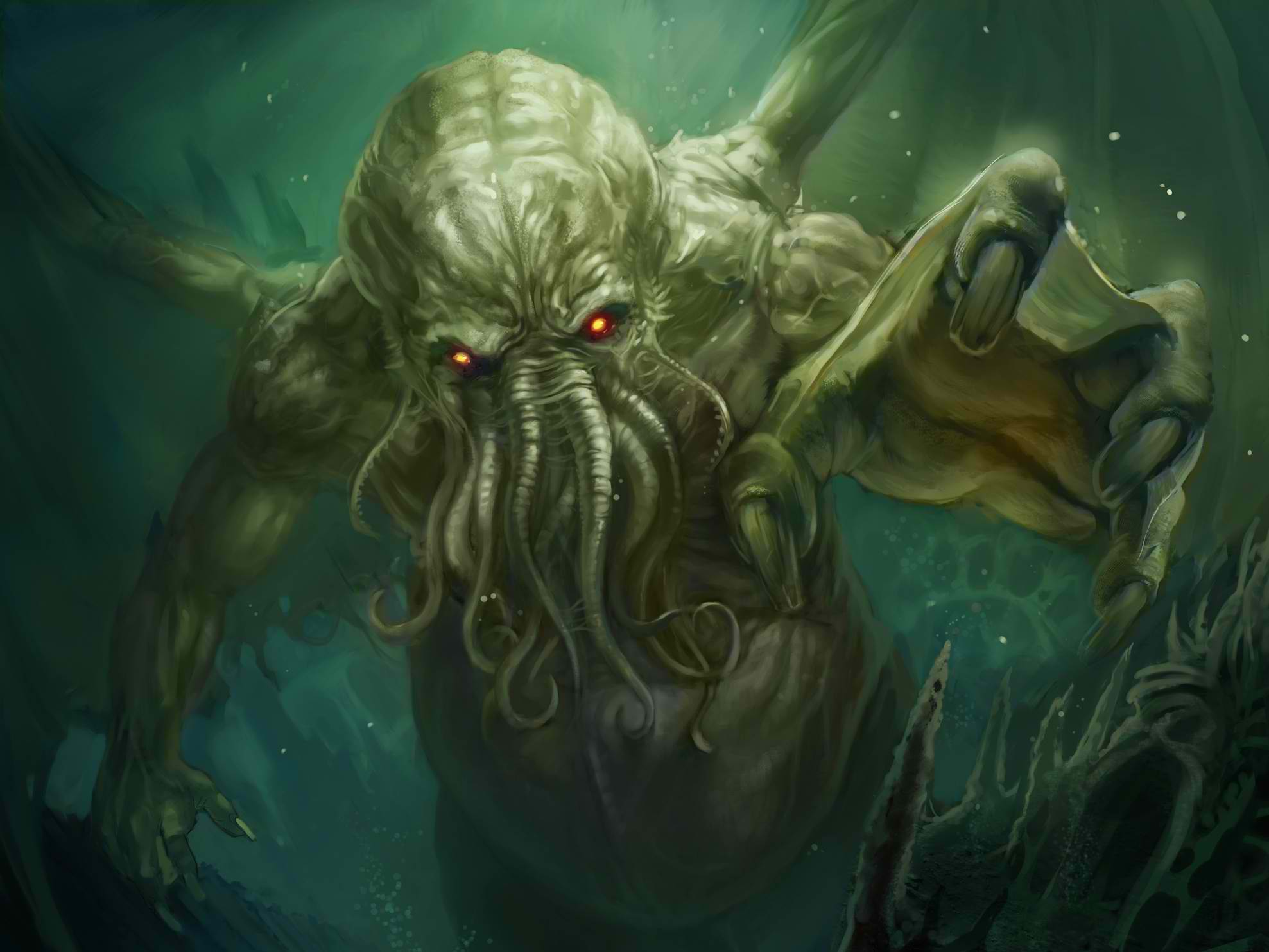 Welcome to Cthulhu’s Kitchen. Take a seat anywhere. Would you like to hear about our specials? 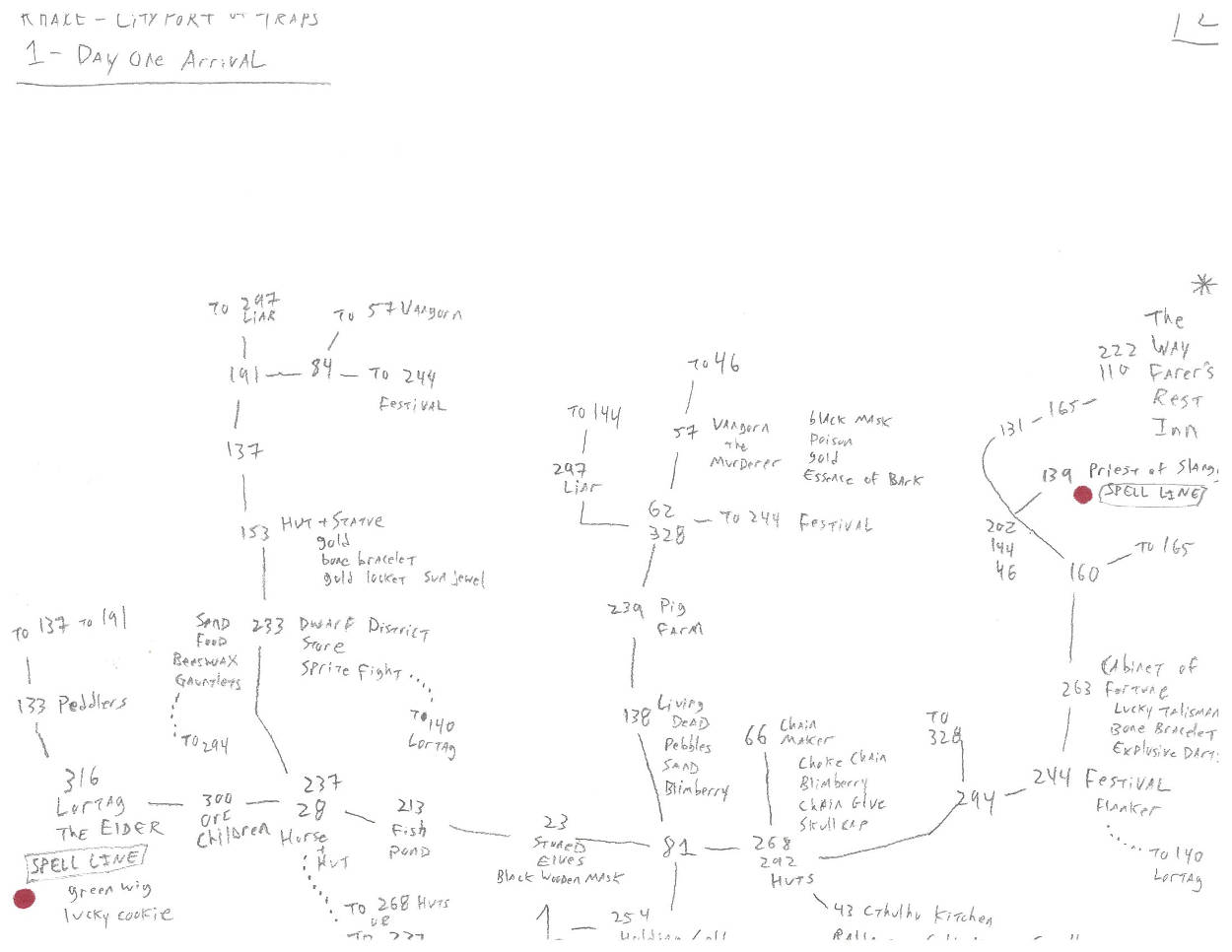 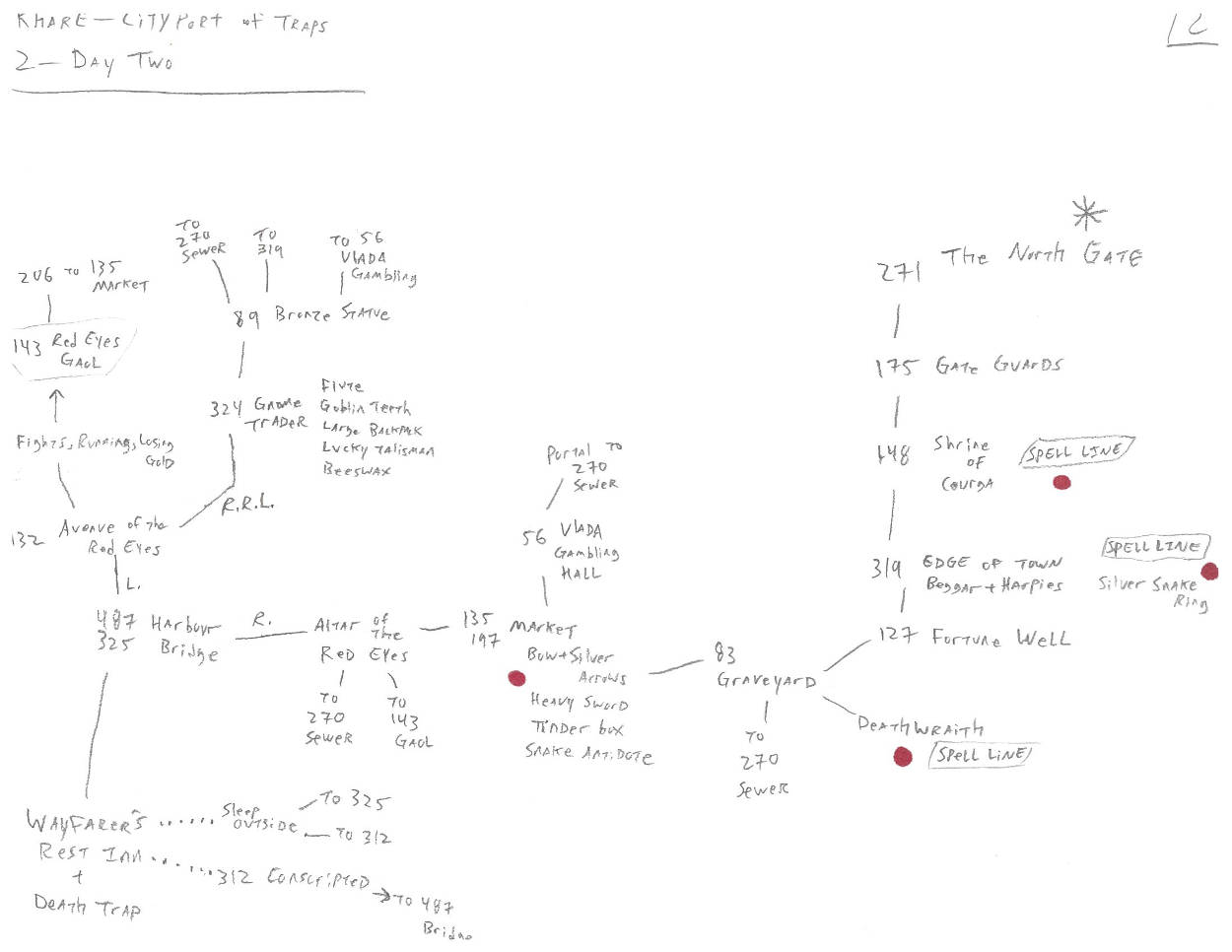 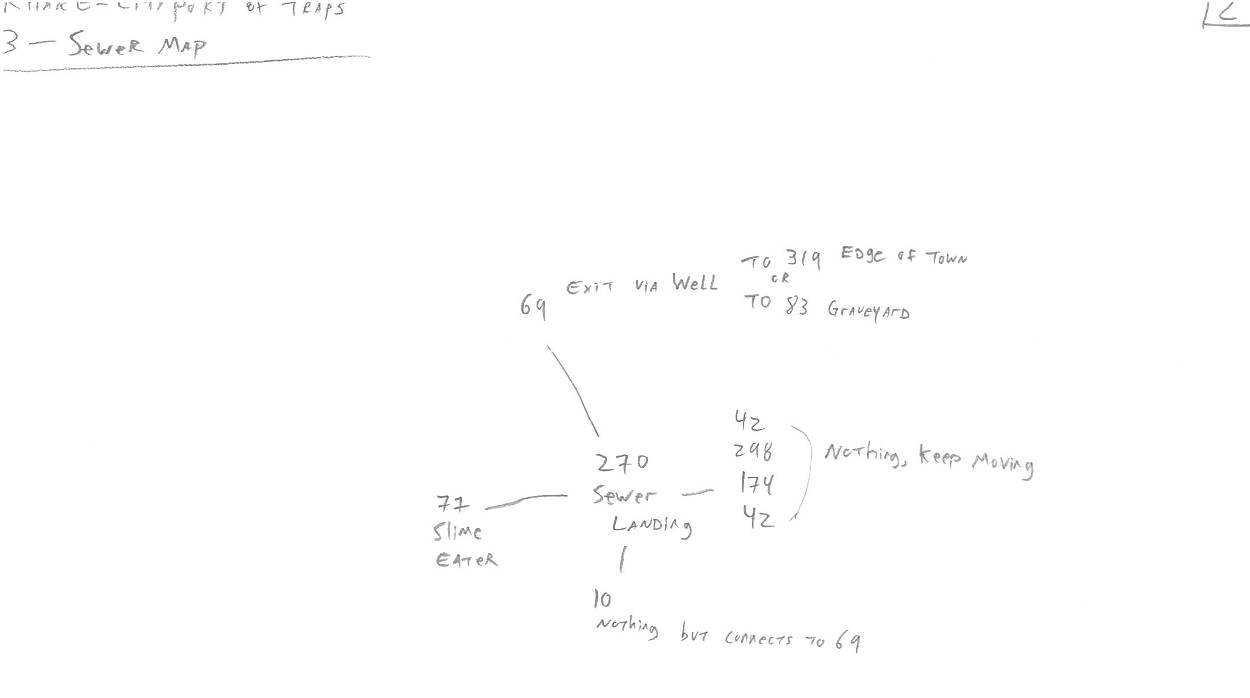