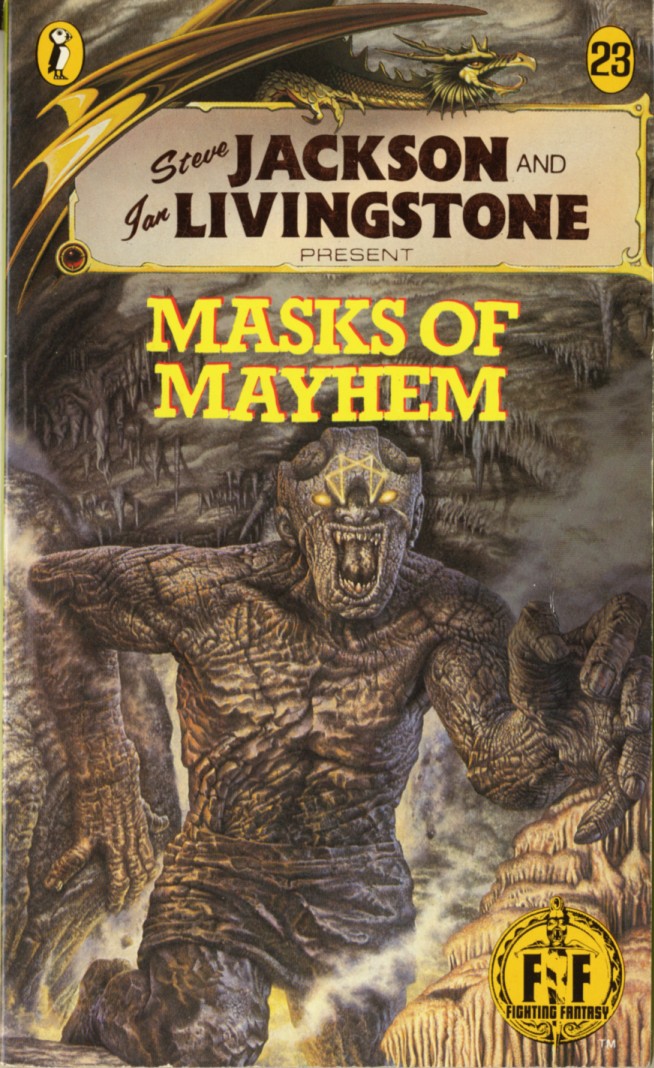 YOU become a king of some insignificant municipality, where you don’t even know the king immediately north of you, and have never been further from home than Lake Nekros outside of town.

Your court wizard informs you that Morgana, a sorcerer, is holed up in the mountains to the northeast collecting masks of elemental power and building golems. She has 11 of them, and at 12 she will start terrorizing the world. Why did they wait until she was 11/12ths of the way through her scheme? Ha ha, oh wizards are just like that.

I guess it’s time to suit up, pack 10 lunches, and go on a classic Fighting Fantasy wizard hunt.

This one was sort of a mixed bag. Normally I call these “an epic quest!” of traveling the world and visiting distant lands, but this time it felt more like a bag of random stuff.

There’s a tiger-hunting mini-game which is just randomly rolling dice to see if they match; there was a lot of that in Rebel Planet as well, also by Robin Waterfield. The mine has 5 Test Your Luck moments, enough to go wrong even if you had 12 and a potion. There’s a brush fire that will randomly kill you 2/3 of the time even after you guess the correct path, and if you’re playing strict-and-fair that means some 12 playthroughs to even survive to the dice roll. Then the ending, where you have to guess the traitor with no indication all along that there was any sort of betrayal happening.

This isn’t to say that MoM was a bad book. A lot of the book is red herrings or optional items, and I think one could bypass about 1/3 of the book and still get by. There’s plenty of food and plenty of opportunities to lose food. The combat was well balanced, too, though the Morgana boss fight does have Skill 11 so good luck unless you have a natural 12 and/or the +1 sword.

So while it’s not a favorite, it was an okay adventure that kept me amused for a few days.

The big reveal at the end: you’re told that there was a traitor, and that you should have known all along. But how his name I-forty-nin translates to 40 instead of 149, I cannot imagine. 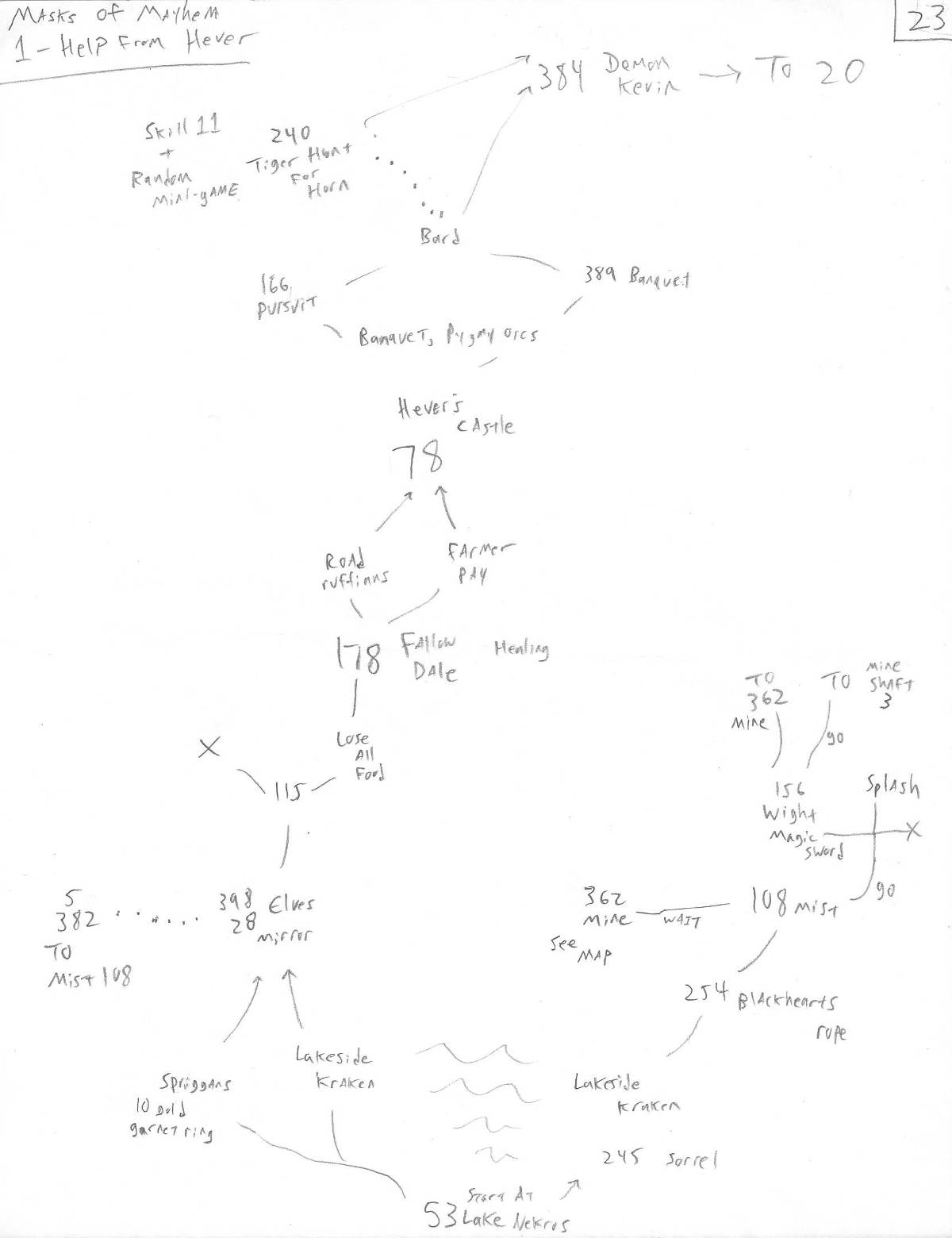 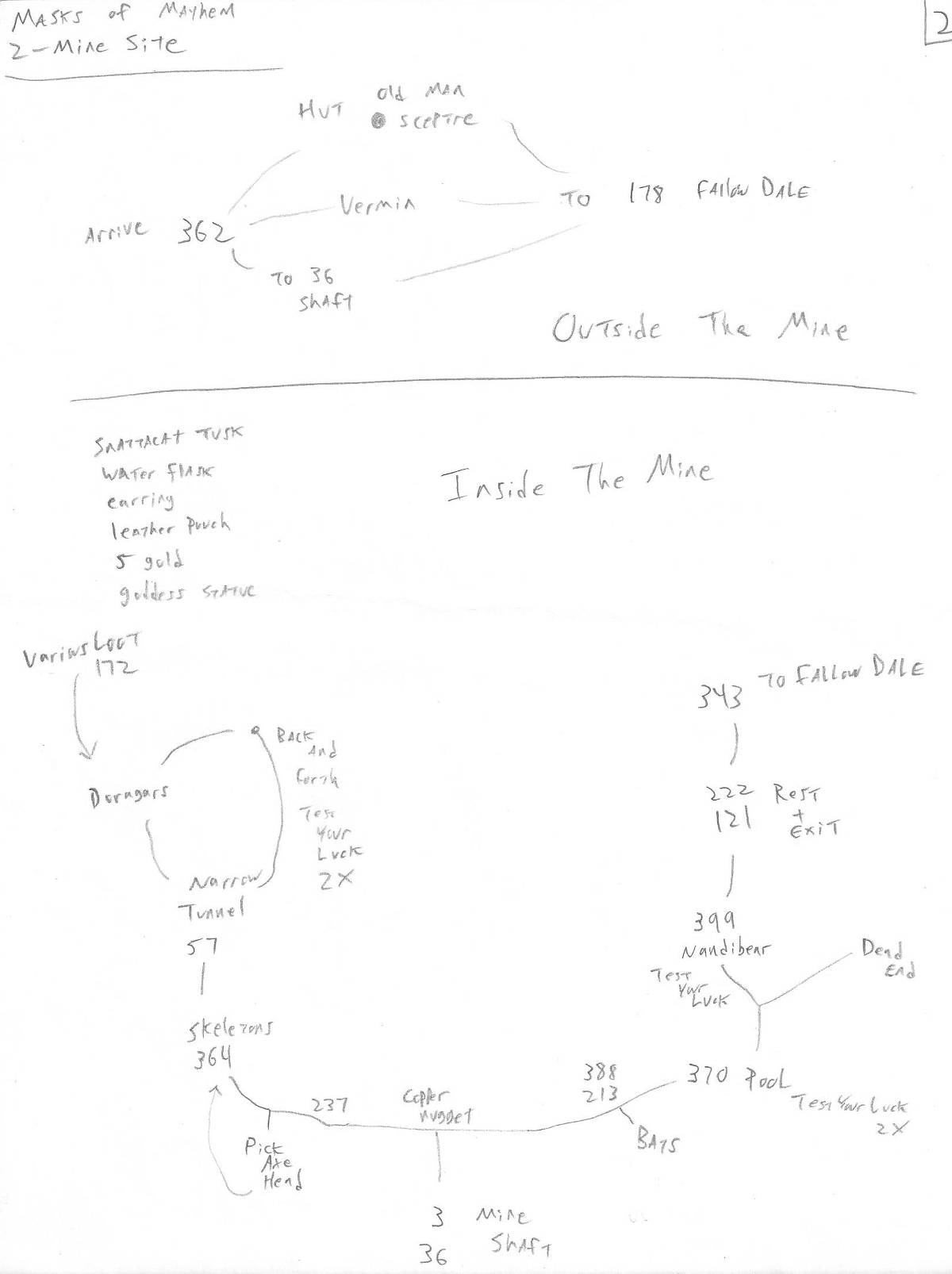 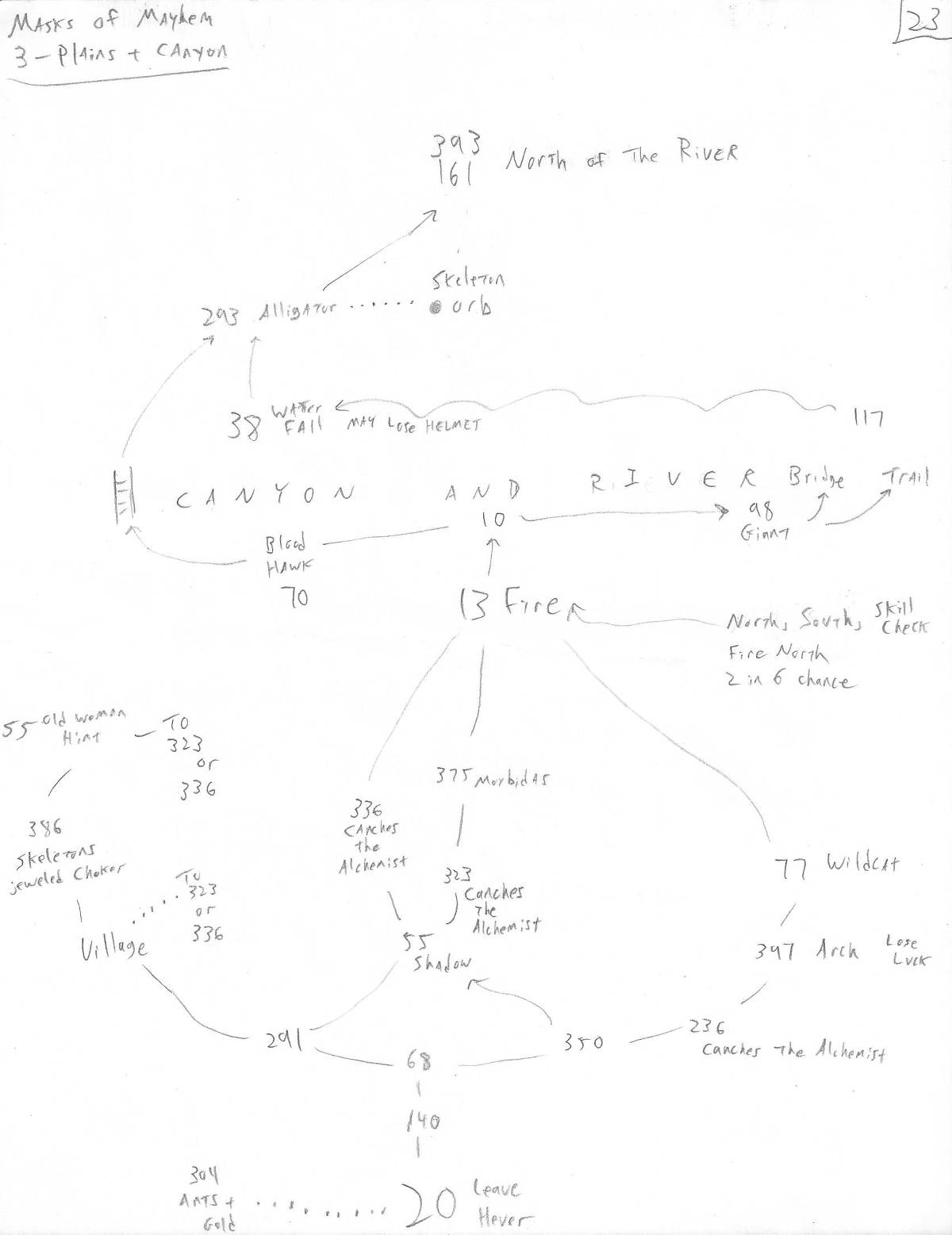 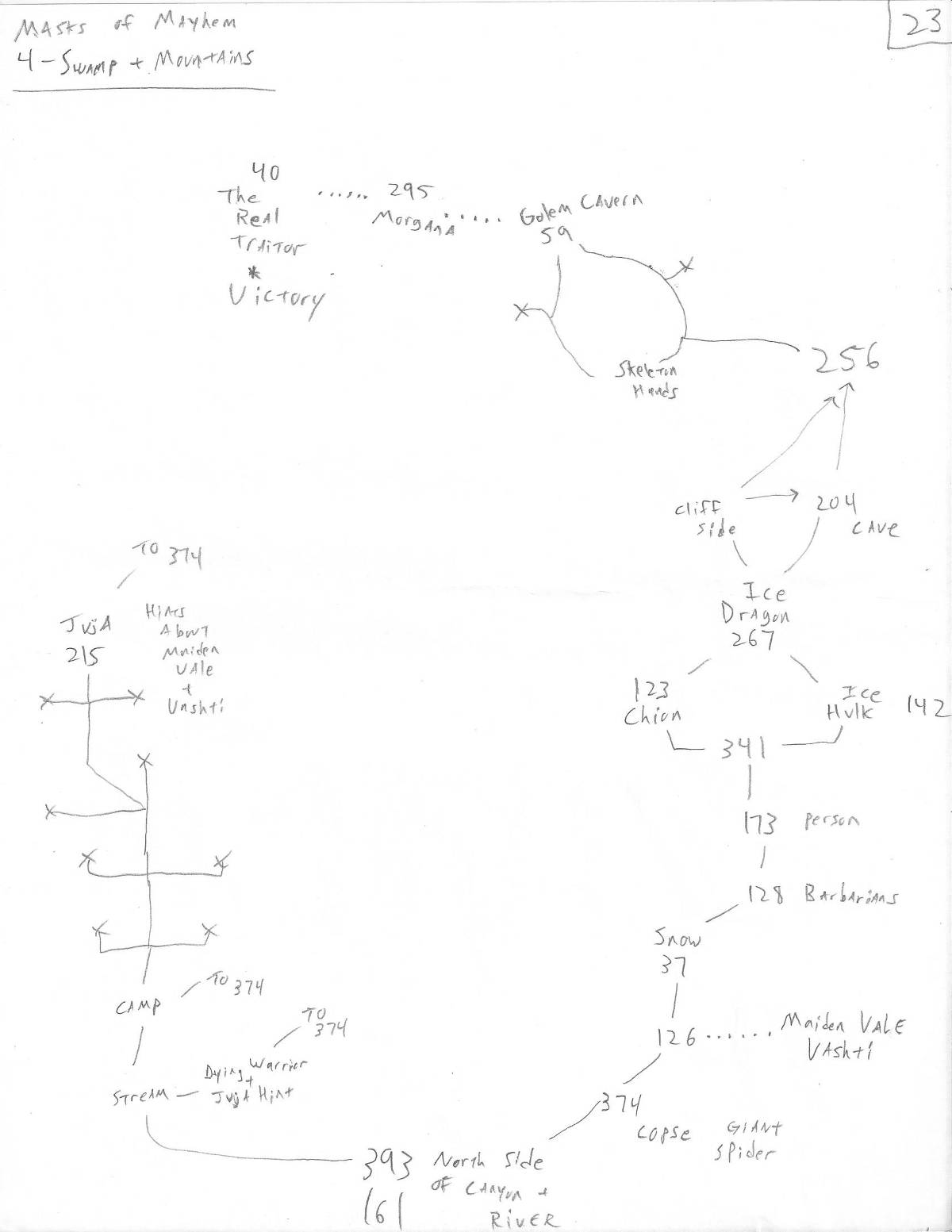 Book 23 in the series