The Rings of Kether 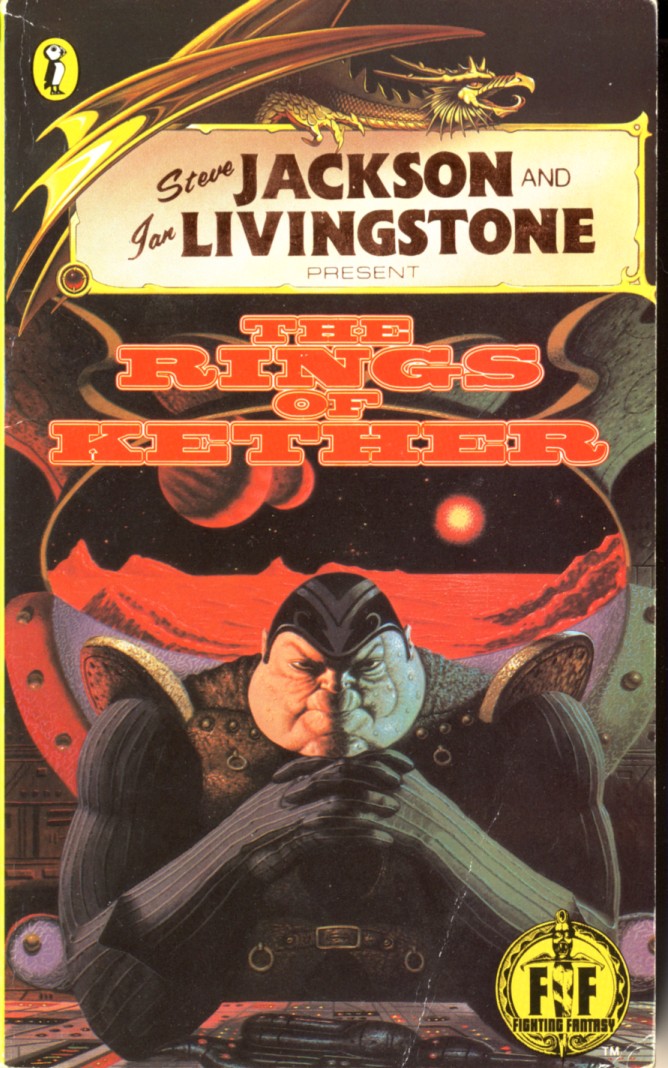 YOU become a vice squad detective looking to bust a drug ring on the remote planet Kether. Like the deadly Marijuana scourge of the twentieth century, this terrible drug is a threat to boredom and conformity and squareness around the world. Yes, the War on Drugs has reached out to the stars.

You’ll have exciting spaceship battles and brief laser blaster battles. You’ll get your butt kicked by gangsters. You’ll lurk about in warehouses and bars, wandering trying to find any leads as to who’s behind… the drug rings of Kether.

This one is really interesting, in the amount of play that does not involve the dice. At one point I did a whole playthrough (in which I died) and realized that I hadn’t touched the dice since rolling up the character. On another play, the boss fight was the only combat at all, and my third time touching the dice in that play was near the end. So, that’s unusual in the relatively low ratio of game in this game book.

I’m not saying that that’s bad, just that it’s unusual and kind of refreshing. The writing was pretty decent too, and the milieu of thugs in bars and mechanics at spaceports was a welcome diversion from dungeons and caves.

There is so much in this book. It’s 400 paragraphs as usual, but the number of places covered is just unprecedented: warehouses, bars, spaceports, the moon, another spaceport, another warehouse, tenement apartments, a park and a car chase, a factory on an island and a factory in space, another space station… It’s just mind-boggling, and came up to 5 pages of final maps, one of them being several mini-maps. Wow!

RoK introduced some new mechanics. Most notably, there are two new ways to get killed: spaceship battles (in space!) and gun fights (with guns!). In both cases, it’s “roll 2d6, hit if less than your Skill” meaning that someone with a Skill 9+ will hit relatively often; and at 4 damage per hit, fights are short and lethal. Fortunately there is very little fighting. Unfortunately, there is a final boss fight and he’s a tough one.

I spent a month re-playing this book several times, and eventually came back to it months later for several more evenings. That boss fight still requires at least a 11 Skill to have a fair chance, but there is another way to win that involves just blowing up… well, I’ll let you find it. 🙂

Rings of Kether is a change of pace from the usual FF fare, and has lots of replay value. Very nice.

On 304 you get beaten up pretty badly, and “lose 2 Stamina points permanently.” It’s not clear whether this means to reduce your initial Stamina by 2, but I read it as such.

On 308 you “secrete” yourself, hiding out to wait for someone. Eeew.

When bribing a customs officer for information on page 298, to get the good dirt you need a bribe of 3000 + 2000, which is the whole 5000 you started with. I don’t think there was a way to get any more money, so this is only possible if you spent nothing at all. And the information is the same as you would get for free elsewhere. Maybe that wasn’t really a mistake?

On 44 you’re at a meeting with Mrs Torus. Depending on your path, you may have no idea who this is and the book doesn’t cover that.

On 47 you defeated the thugs on page 86, and get to keep their full-auto blaster which does 6 damage on a hit. When they were using it against you, this was not mentioned so I guess it did only the usual 4 ? 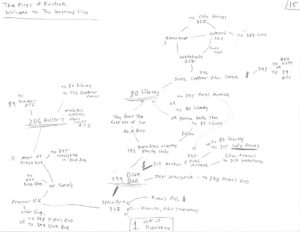 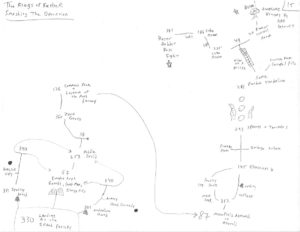 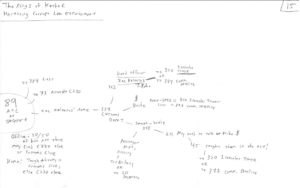 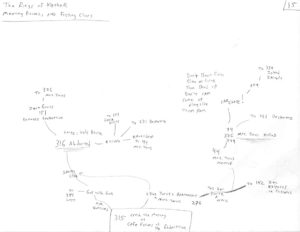 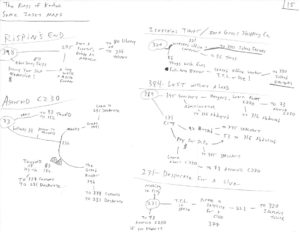