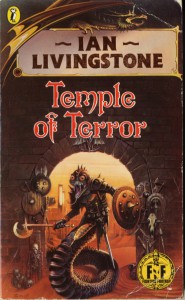 YOU ARE ALREADY the hero of Stonebridge thanks to your exploits in the Forest of Doom. While you’re chilling with dwarves and talking about warhammers… Yaztromo shows up with word that the evil wizard Malbordus is creating an army of dragons. Cancel vacation and grab your rucksack — it’s time to hunt a wizard!

But this wizard is at the far end of a treacherous desert… and you may not even survive the journey.

This one was fun, but not awesome. The mechanics are very basic; though it does add spells, the spells aren’t as well-played as in Citadel of Chaos. Many of the spells are useful only one time in the whole adventure, and the others just aren’t used as ubiquitously as it felt in Citadel. It could have been better.

I did like the multiple paths to get to the desert and through the desert. And either way, that desert is a brutal gauntlet. In a move right out of Legend of Zagor, there’s a mandatory battle with a sandworm (Skill 10, Stamina 20) and you have little hope of getting past that.

Once inside the dead city and the dungeon, the book felt much like they usually do. That’s not bad, but it’s not excellent either. Stumbled through a maze a dozen times, killed a wizard, turned to 400. Good, basic fun. 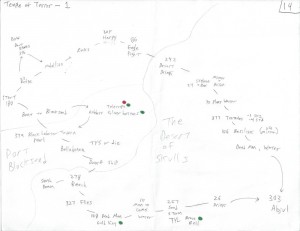 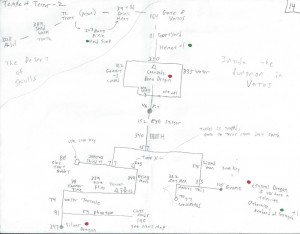 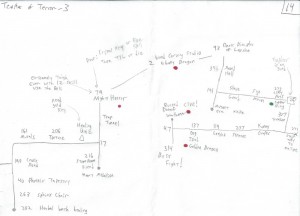 Links to Other Fantasy Fighters