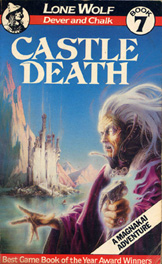 YOU become yet another dungeon-diver in search of another Lorestone. In the previous book, Lone Wolf needed the fabled Lorestone to legitimize his desire to establish a new Kai Kollege ™. But guess what? A little ret-con here, the book now says that there are seven of the damn things.

And that means, that Lone Wolf is signed up for a good old-fashioned dungeon crawl. Castle! Wizard! Gem! GO! 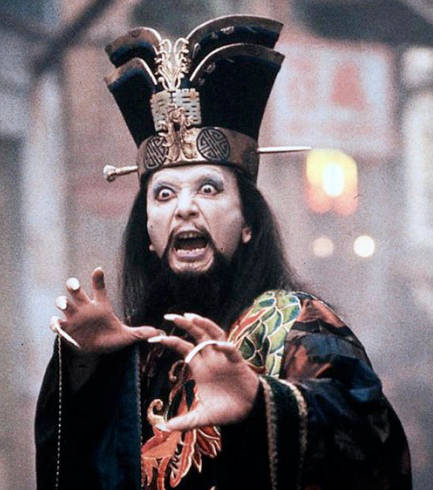 Lo Pan is not pleased that they used a less than flattering photo of him as the cover of Castle Death.

I can’t say that this one was a favorite. It started off sounding like a classic Fighting Fantasy dungeon crawl: a wizard with a gem in a spooky castle, go get ’em tiger! Sadly, it really stayed that way as well. It’s basically a bunch of disconnected monsters and stuff and then you get caught and put inside a Dungeon of Random Deathtraps ™.

I won this one on my first try, without cheating or peeking or anything. I’m not sure how, just a lot of good luck I guess. But yeah, just a generic dungeon dive, kind of felt like a new low for the LW series so far.

On 141 after defeating the dhax, you effectively wind up at the junction on page 308. For some reason, the option to go east to page 185 is only available if you have mastered Spirit Circle.

On 313 (drowning in the Maze) you are asked to pick a random number, but then are asked how much Endurance you have instead. Not sure what the intent was…

On page 233 you fight a giant worm (from page 34, in the Maze) but there are no stats! No ideas what to do here; I guess just win?

In the great hall on page 282, soldiers approach. To fight them you should turn to 273, not 173 as indicated in the book. 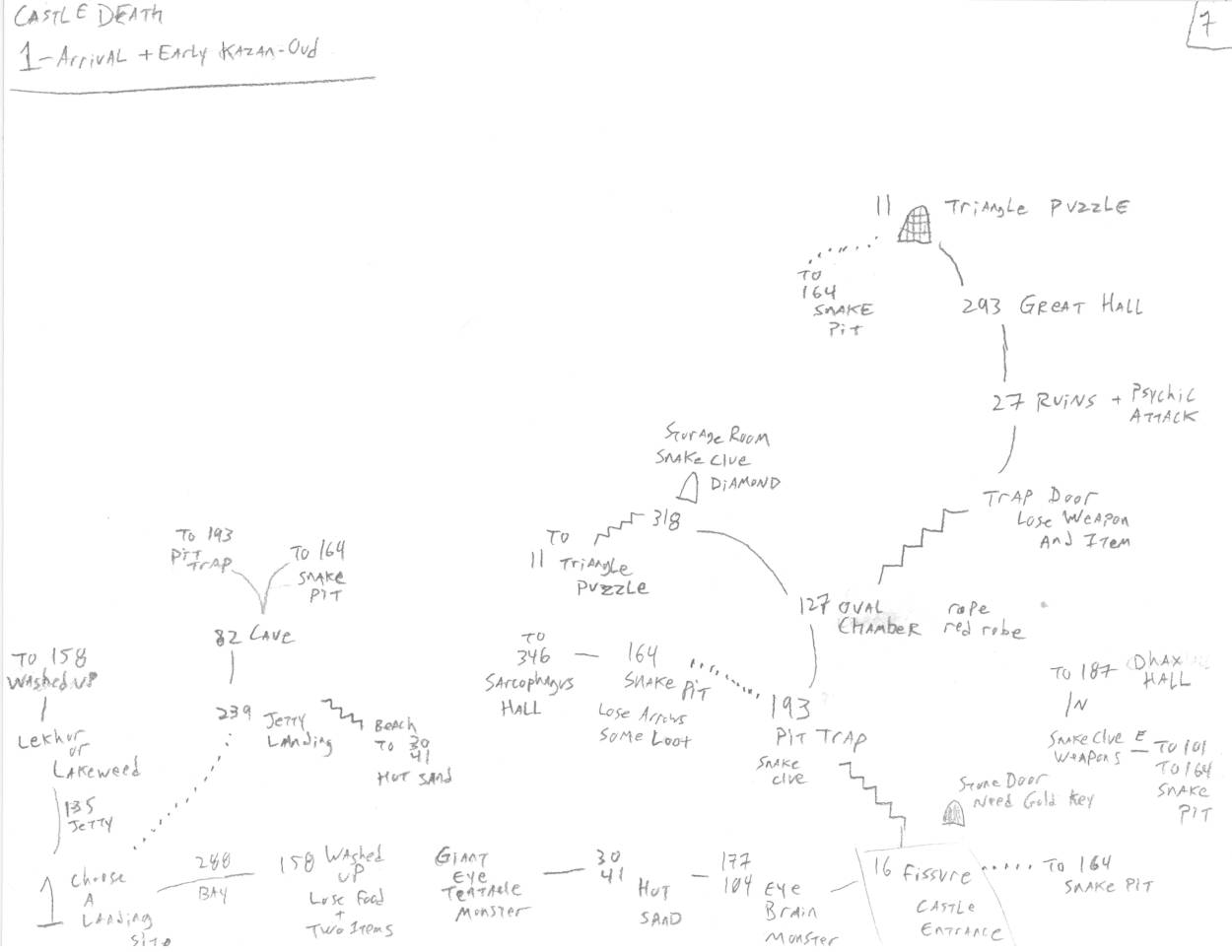 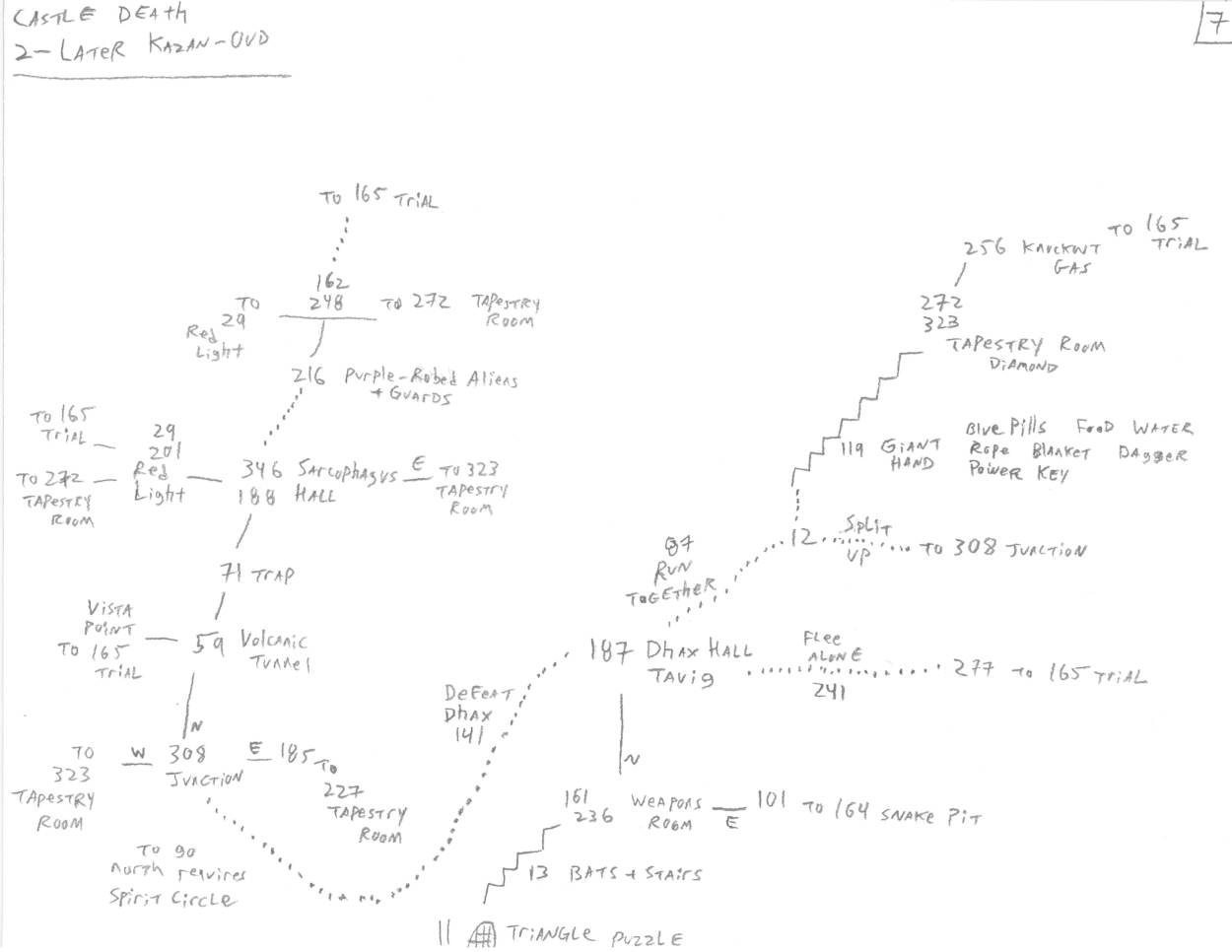 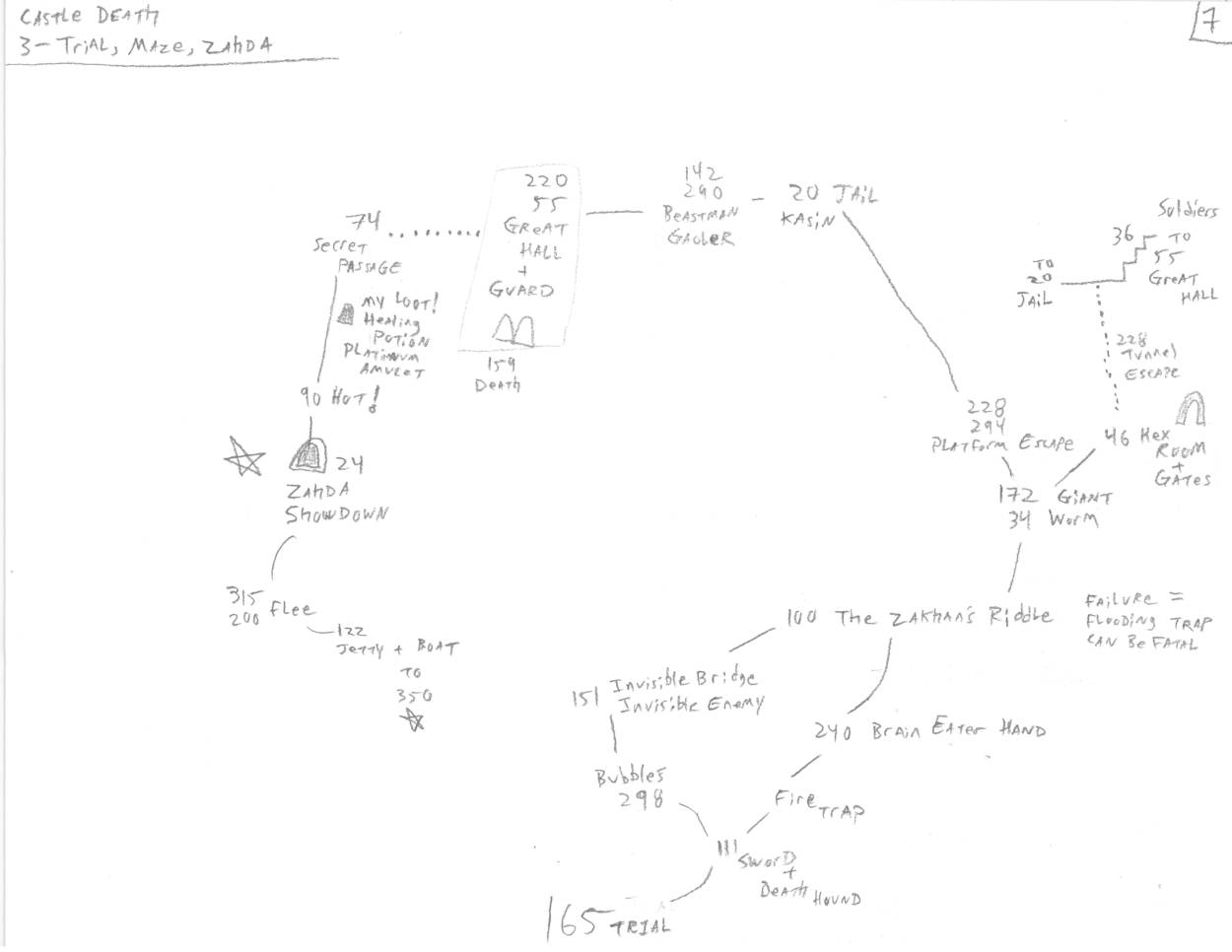