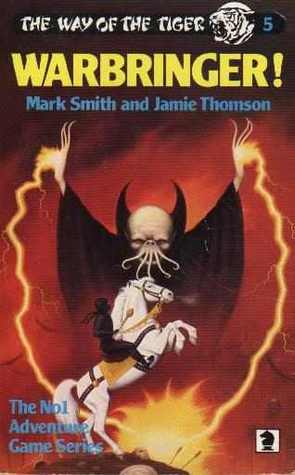 YOU become the general of the army of Irsmuncast. At the end of Overlord you appear back at the castle, with the Orb and Sceptre in hand… and the city of Irsmuncast in flames, actively fighting off orcs and dark elves and other nasties from the Rift.

Nasty though they are, this invasion while you were gone is merely the vanguard of Honoric (he’s back!) who is amassing an army to crush you.

Survive the fighting and regroup with your friends. Go cross-country to recruit some allies. Then direct the final battle to defeat Honoric once and for all.

I hate to say it, but this one was just a boring slog for me.

Some sections are fun: surviving the invasion, making the cross-country trek. Others just didn’t appeal to me: reading about neighbors to beg for help, then the whole last third of the book where you’re choosing whether to reinforce the cavalry or retreat the archers, with outcomes that seem completely random since my character is a stealthy assassin and not a general.

There’s very little combat in it, but unfortunately, only a few of those few fights can in fact be won. The cave troll at the start is just too much, then you probably take 5 damage anyway if you somehow survived. You must duel Honoric, which is unwinnable due to his significantly higher stats — I wrote a program that played through the scenario and won 4 times out of 200 trials.

In places the writing itself didn’t even make sense. If you visit the throne room and survive a trap, you can unlock the sceptre’s power; or, you can skip it and later on “you’ve noticed that the sceptre…” and get the power anyway. If you met so-and-so during your travels then they help you; otherwise, they are introduced to you and help you. If you didn’t insert the eye, you can’t be at this city where it asks if you have the eye.

Really the only saving grace here, was that most of the choices are “nope, that’s wrong; you’re dead” so when I got into impatiently thumbing through just to get it mapped, this only took an hour.

On the other hand, the development of Avenger continues. You had your eye put out in Overlord, and now insert the orb (a giant green gem) into the socket, so you look pretty sick. And you have a Sceptre of Ruling which gives you +4 charisma. (though again on the topic of the writing, they don’t clarify whether the orb-eye counts as having your eye back, because you’re running at -1 since your eye was lost in Overlord; this is clarified in Inferno as being “an eye” which would fix your depth perception)

I did find two significant errors in the book.

On 361, Dama gives advice as to a potential ally. Then turn to 371, where you’re in combat with the cave troll. This should be 261, where you receive more advice about allies. This one took some thumbing about to figure out. 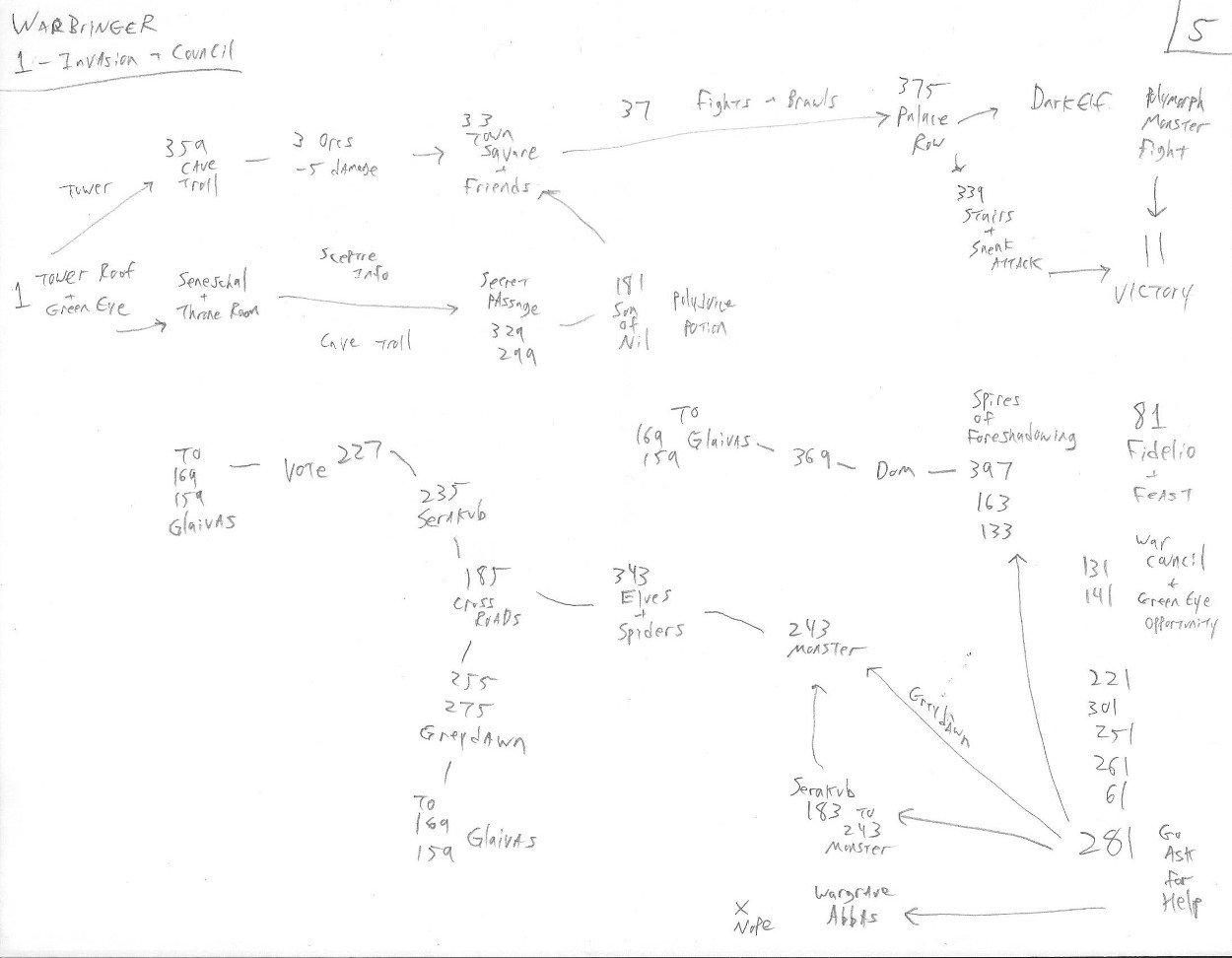 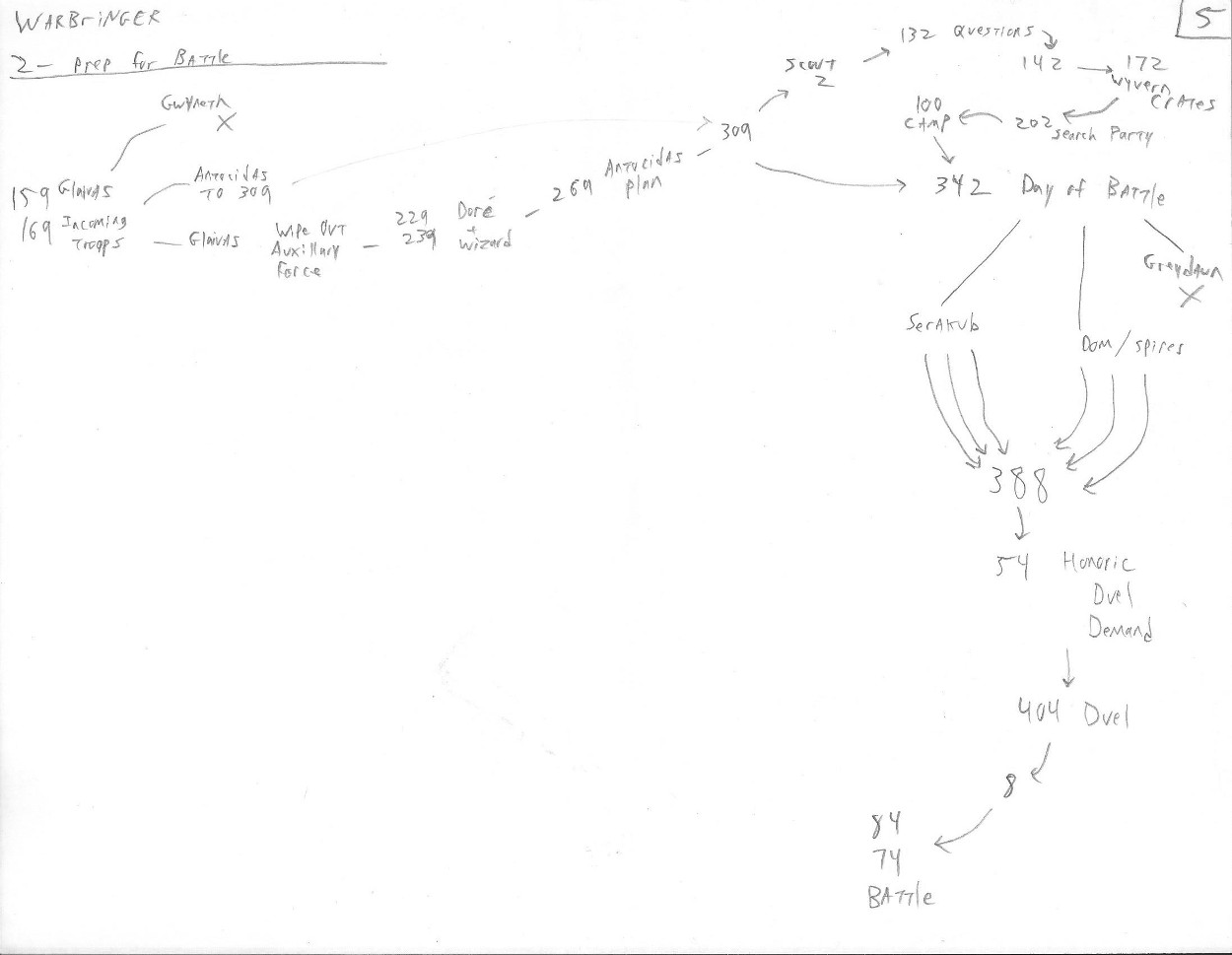