The Crown of Kings 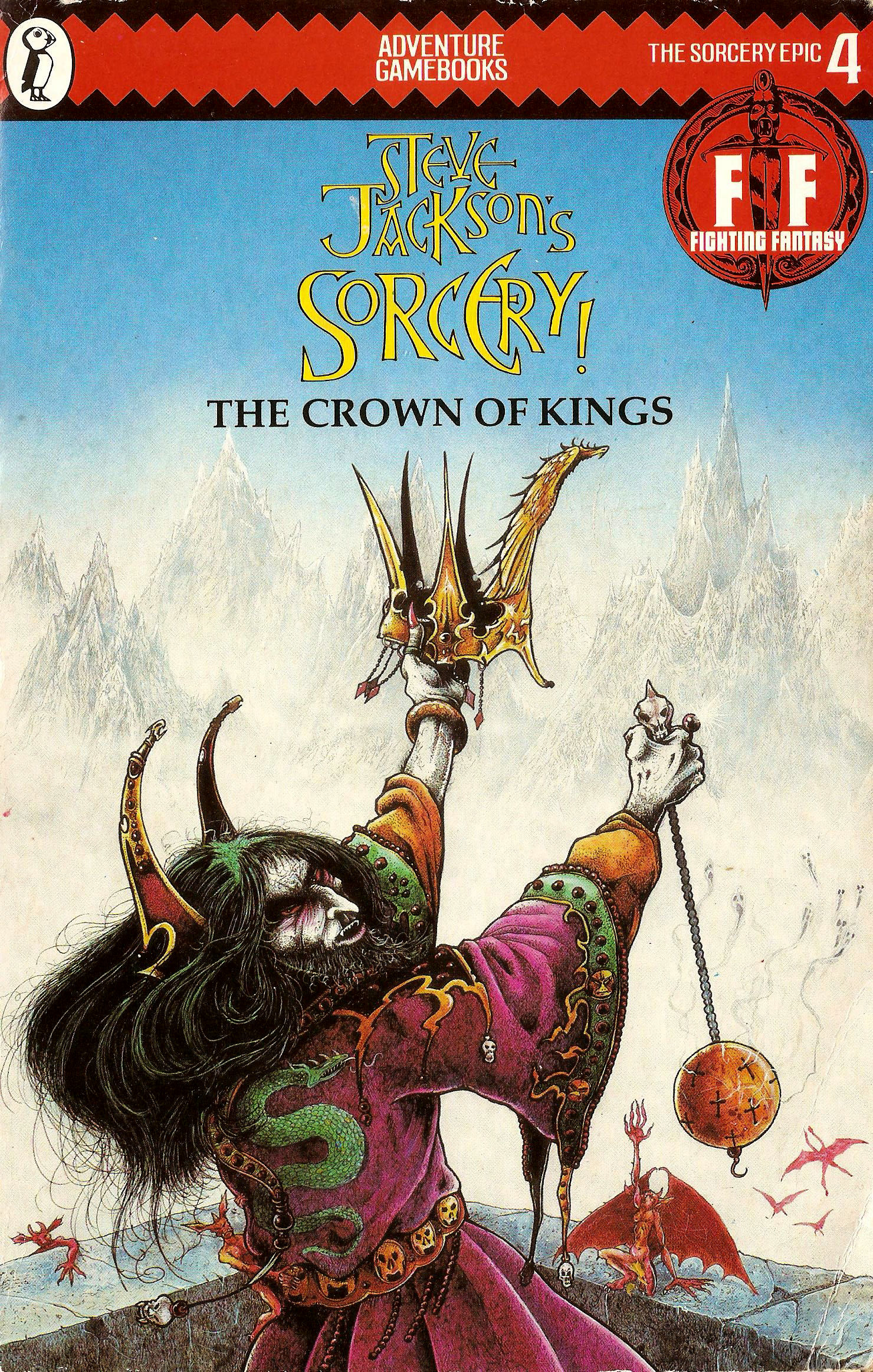 YOU become a mountain climber winding your way through the mountains of Mampang. You’ve spent three books getting this far, and the Archmage’s fortress is in sight.

You’ll have to survive the  mountains, then the four levels of a fortress crawling with guards who (probably) know that you’re coming. It won’t be easy, but if you’ve played the first three books you have some bonuses that could turn chance to your favor.

Overall, it’s a dungeon crawl, but a pretty big one and a really fun one.

There really is some clever writing, notably the tie-ins between the different books. Each book gives you some bonus on the next book such as a permanently increased Luck. In Seven Serpents your bonus was even better: when someone recognizes you as The Analander, you turn to a different page where you’re just some stranger. This book also involves time travel, potentially knocking you all the way back to book 2 or book 3!

This was a fine capstone to the four-part Sorcery! series. And I will also say, that I think four books is a good size for a series. Way of the Tiger is six, which felt a bit long. Lone Wolf was five before they had to reboot it because they ran out of superpowers. But four kept me engaged, feeling like a series while also having a satisfying end in sight. 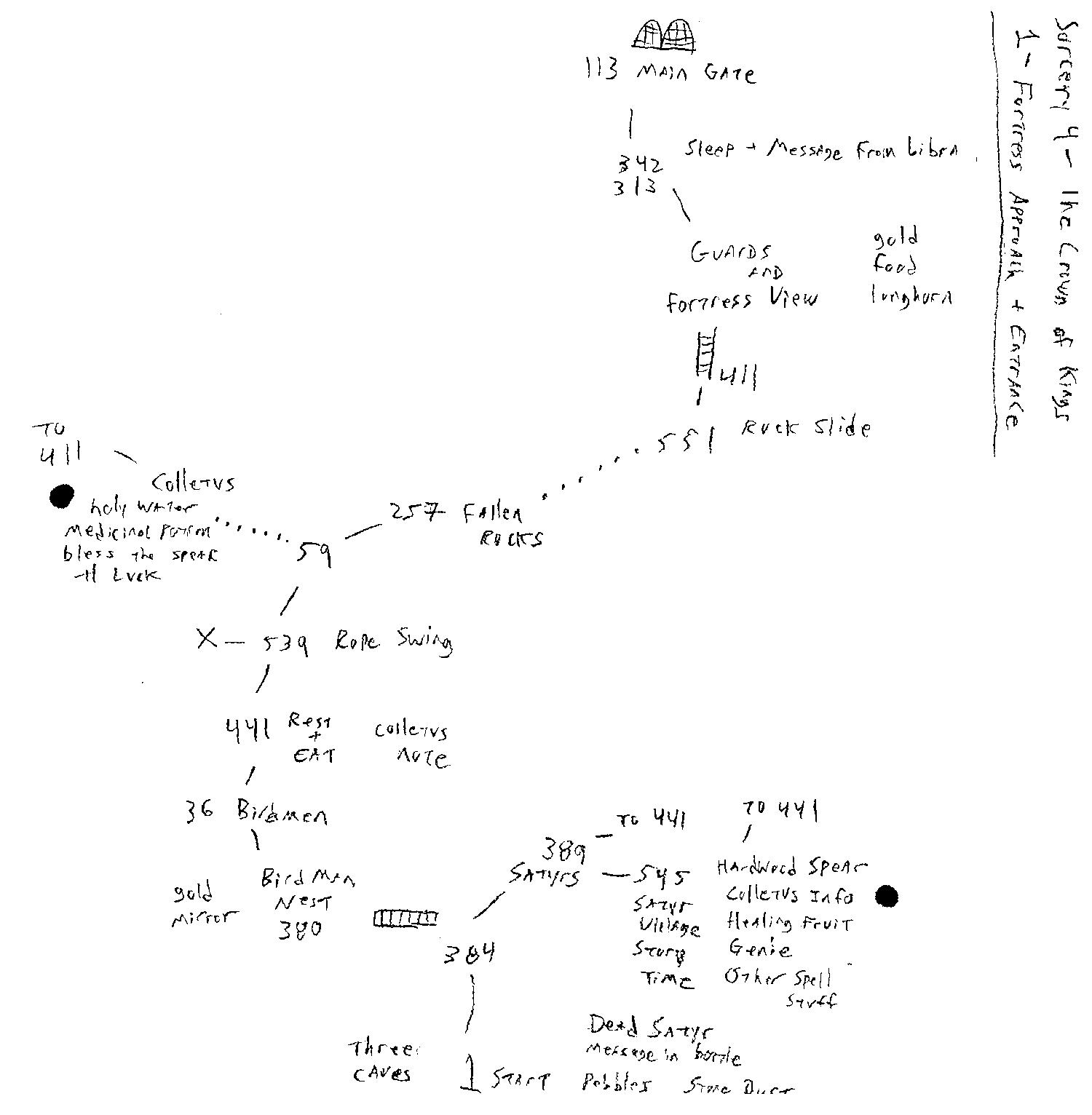 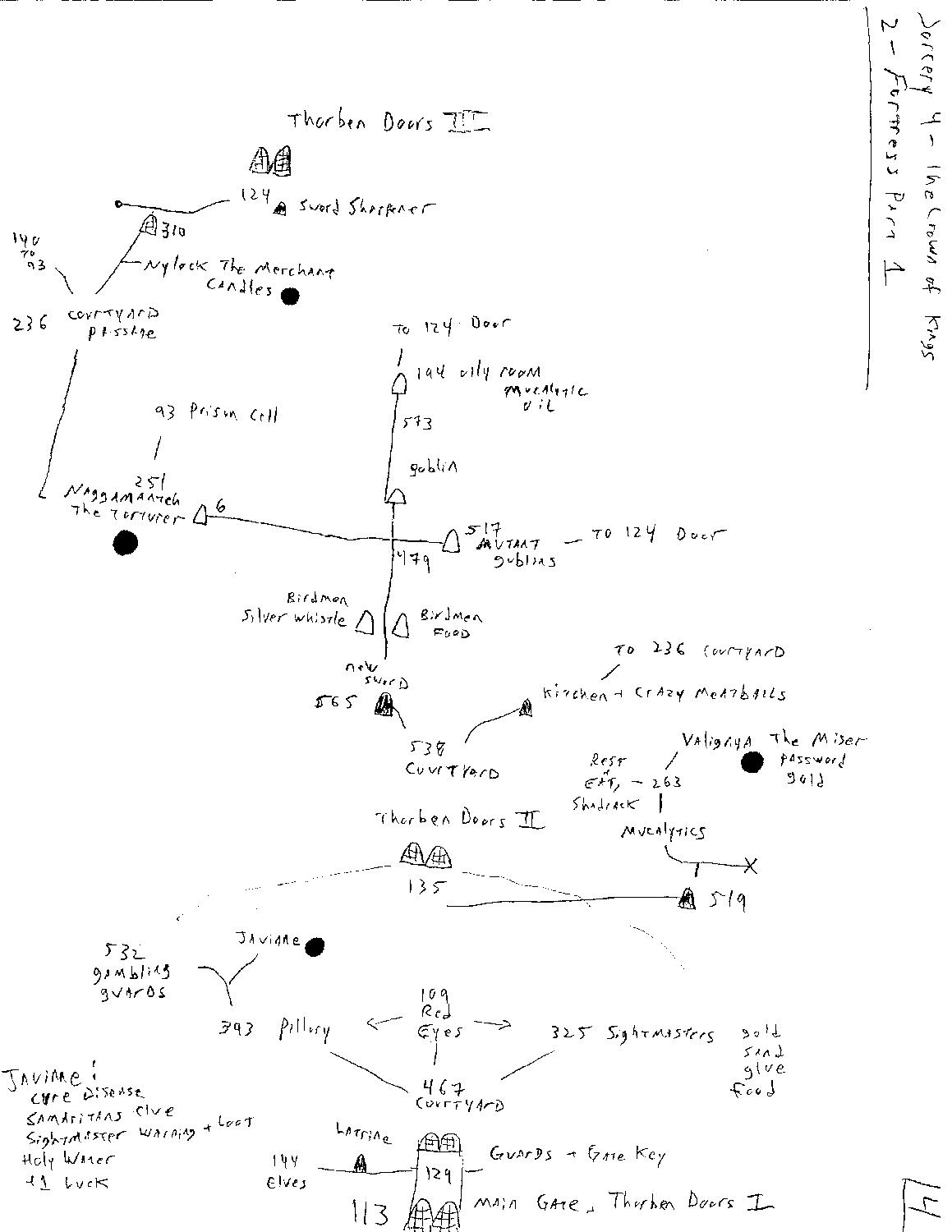 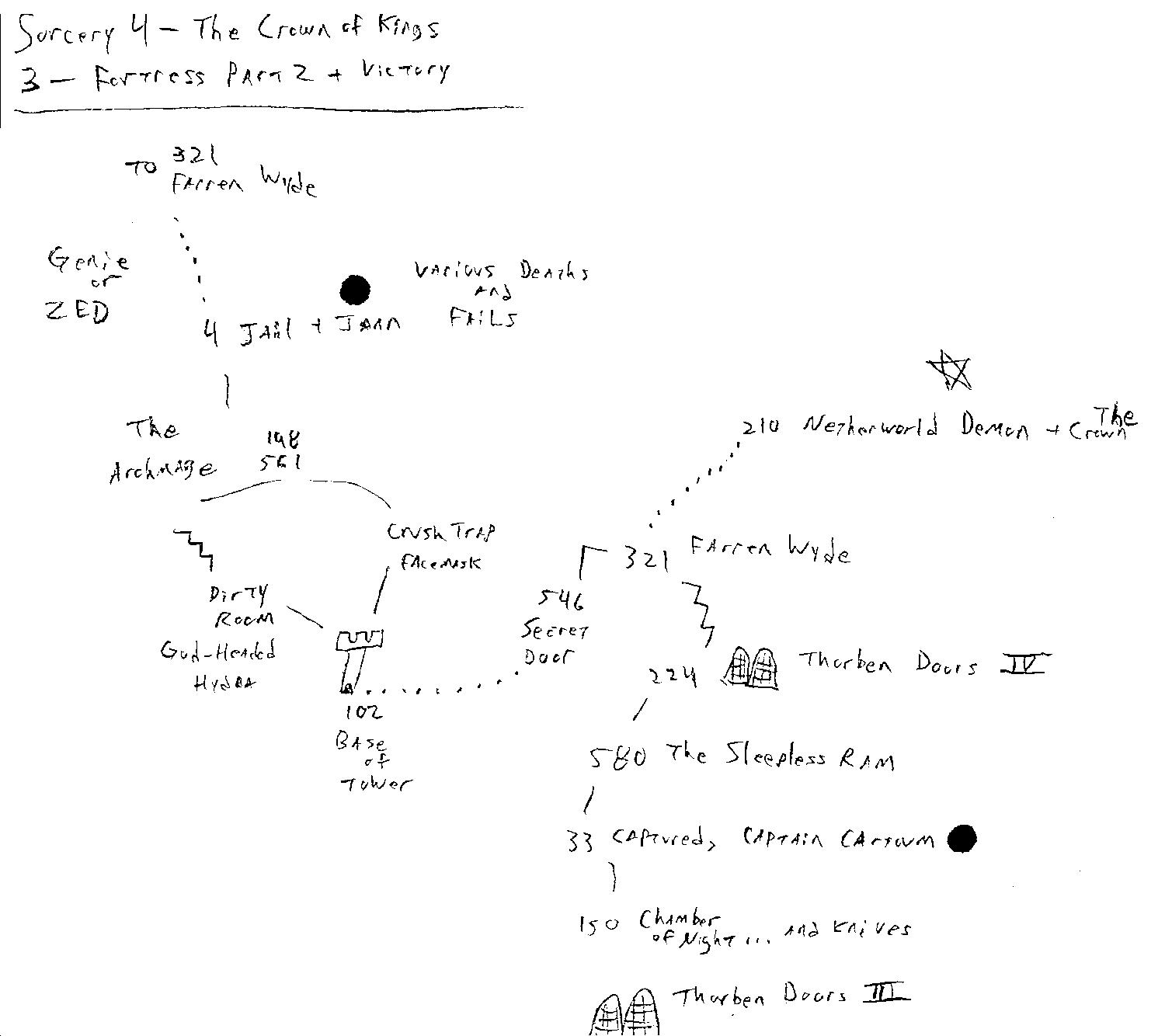