Vault of the Vampire 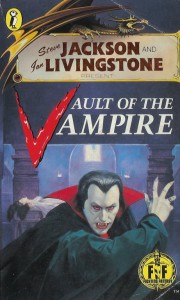 YOU become the hero of Mortvania… Wait, what? Who names a place Mortvania? Oh, the vampire who runs the place.

Yeah, the local Count is a vampire (aren’t they all?) and the village lives in terror as they’re sucked dry one by one. A sad story, but when you hear that the latest kidnapping was of a pretty young girl, well that’s too much! Guzzle your pint, grab your sword, and head to the castle!

I’ve had mixed experiences with Keith Martin books before — Master of Chaos was great, Island of the Undead was so-so, Legend of Zagor was unplayable rubbish. This one… was pretty fun. 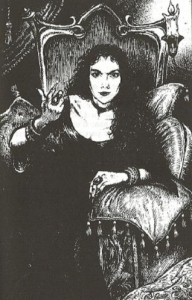 Hammer Glamour at its finest.

For starters, I’ve been on a Hammer Films kick for a few months. So now I get to play “Peter Van Helsing Cushing: the interactive novella” and that just tickles me. A headless coachman, hallways full of nasty critters seeking my warmth, and Christopher Lee and Ingrid Pitt waiting at the end of a dark hallway, it really fit the mood I’ve been in lately.

The general layout of the castle is three hallways to collect buffs and keys, to get into the fourth hallway for the boss fight.

Interestingly, you don’t need to sack all three hallways: there are multiple combinations that can defeat the vampire, and although the buffs are highly recommended they’re mostly optional. So the scavenger hunt aspect of it, which I often find the most tedious part, really has a lot of leeway and replayability. 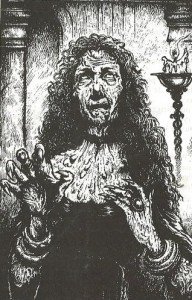 Honey, you got reeeeeal ugly.

I enjoyed the Faith mechanic. By radiating your goodness and faith, you attract undead critters… but also repel them. It happened a few times that I’d attract an undead nasty investigating my inner light, and happened a few times that they would then cower away from it. Faith is also used to resist the charms of vampires, and being charmed by them certainly can change your plans… but without ruining the whole adventure. I thought that mechanic really mixed it up, and yet was well balanced and not annoying and overbearing. 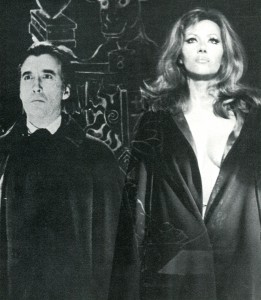 Reiner and Katarina, in my imagination

The book had a second mechanic that literally never came up for me: Afflictions. You could tangle with a werewolf and get lycanthropy, then take damage every time you saw moonlight. There’s the Affliction of the Bat and Affliction of the Healer, but I never caught these and only saw one reference asking about them. So that mechanic kind of fell flat despite a dozen playthroughs.

All in all, a decent gamebook even if not a top-five favorite. Still, I’m gonna skip to Revenge of the Vampire as my next book, and keep riding the Hammer.

A few errors in the book: 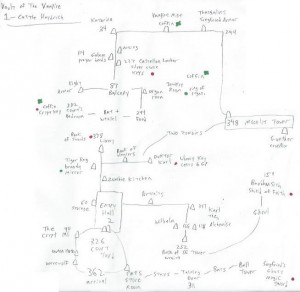 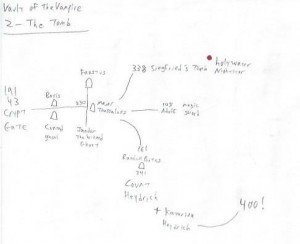 Book 38 in the series