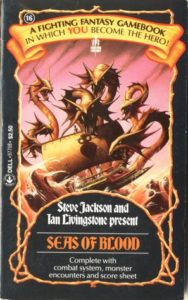 YOU become one of the most feared pirates of the Inland Sea. But you want to be THE MOST feared pirate of the sea, so you and your rival Abdul the Butcher make a friendly wager. You’ll set off in your ships, and meet at the opposite end of the sea in fifty days, and see who has collected more gold in that time.

Not only are you a villain, but you’re a villain on a timeline, rushing to collect as much gold as possible. The patrol ships, town militias, and Odyssean hurdles you’ll face won’t make it easy.

Do you have what it takes to be the terror of the Inland Sea?

I was excited about this one at first, being a pirate instead of a hero, and being at sea instead of inside a dungeon. It brought new mechanics such as group fights (like Armies of Death) and a race against time. But… its swash just wasn’t buckled, and it was a slog instead of an adventure.

What wasn’t great about it? Well, no specific, single item, but kind of a combination.

The difficulty is just absurd. It’s not quite on par with Chasms of Malice where even God cheating with his thumb on the page would have a 1/4 chance of not insta-dying, but it’s not far short of it. There are a lot of insta-deaths, and a lot of Test Your Luck rolls (many of them insta-death) that will erode even a 12/24/12 before it’s over, and a spot where you have a 6/7 chance of losing your ship. You need 800 gold to win, and even after mapping out the whole book I think that’s all of the gold in the book… but only if you’re lucky enough to fetch a good price for slaves. I never did win this book, even after mapping it all out. According to Champskees’ writeup, even with perfect stats and only mild cheating Seas of Blood nigh impossible.

The writing was okay but not really engaging. There are a few scenes that I like, such as meeting up with old acquaintances who want to kill you, or when your crew has had enough and starts to revolt (usually being a your adventure ends here). It does have a few small dungeon crawls, an evil priest, a crypt where you have to guess two 50/50s, a ghost that asks random questions and curses you… typical sort of stuff, which didn’t really further the theme.

But, to focus on the positive for a moment:

Some of the scenes were clever adaptations from the Odyssey, which I really enjoyed. I won’t spoil them here, but I was tickled by them when I recognized them.

The boss fight at the end was unexpected, since it wasn’t supposed to be a boss fight sort of plot. Still, the fight was rather clever, a series of choices: go for the kick to the knee or the elbow to the face, the punch to the armpit or a kick to the belly? It felt totally different from the usual “roll 2d6, repeat” thing. Andrew did a similar thing in Rings of Kether with the car chase, which somehow balanced tedious with engaging, and engaging winning out.

Overall, the randomness and repetition more than offset a few very colorful scenes and a novel theme. This made the difficulty more of a slog, than of a replayability feature (see Creature of Havoc or Siege of Sardath where difficulty means replaybility) and this one was not a favorite. 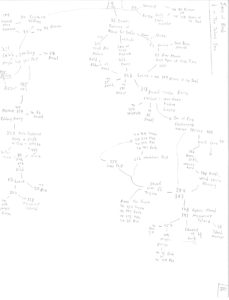 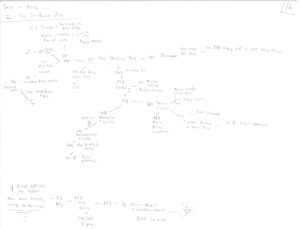 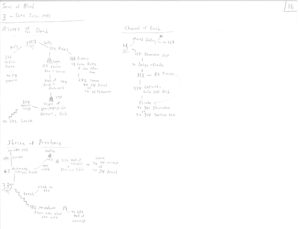 Book 16 in the series